Europe not doing enough to stop Libya conflict, US says 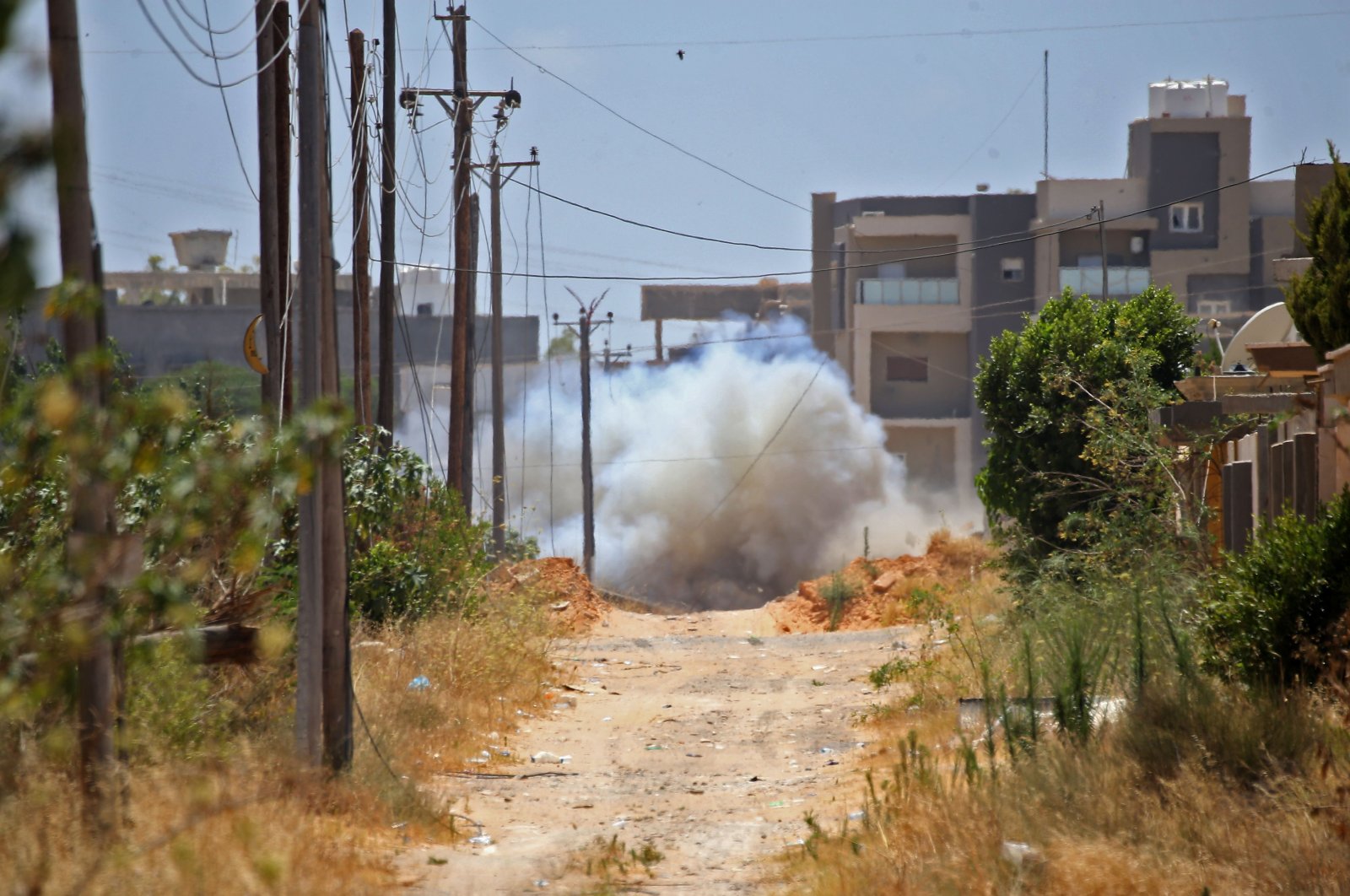 In this file photo, a landmine is exploded during Turkish demining operations in the Salah al-Din area, south of the Libyan capital Tripoli, on June 15, 2020. (AFP File Photo)
by Anadolu Agency Jul 17, 2020 9:49 am
Edited By Nurbanu Tanrıkulu Kızıl
RECOMMENDED

European nations are not doing enough to check Russian and other allied activities in Libya, the U.S.'s senior diplomat for the Middle East said Thursday.

Addressing the German Marshall Fund during a virtual discussion, David Schenker said while European capitals are "proud" of their efforts to enforce a United Nations arms blockade on the North African country, they have been limited to stopping shipments from Turkey.

"They could at least, if they were serious, I think, call them out – call out all parties of the conflict when they violate the arms embargo," he added.

Libya has been mired in strife since NATO-headed operations led to the overthrow of former strongman Moammar Gadhafi in 2011.

The country's new government was founded four years later in 2015 under a U.N.-led agreement, but efforts for a long-term political settlement have so far failed due to a military offensive by putschist Gen. Khalifa Haftar's forces.

Since April 2019, Haftar's forces have launched attacks on the Libyan capital of Tripoli and other parts of northwestern Libya, resulting in more than 1,000 deaths, including civilians. Haftar has the support of the United Arab Emirates (UAE), Egypt and Russia while the U.N.-recognized government is backed by Turkey.

U.S. Africa Command said this week it believes the Wagner Group, a Russian private military firm, has deployed some 2,000 personnel to Libya to bolster Haftar.

Schenker reportedly said that among the myriad things Europe could be doing to end the conflict in Libya is sanctioning the Wagner Group, warning "If they aren't going to take out a more robust role, then this thing is going to drag on."