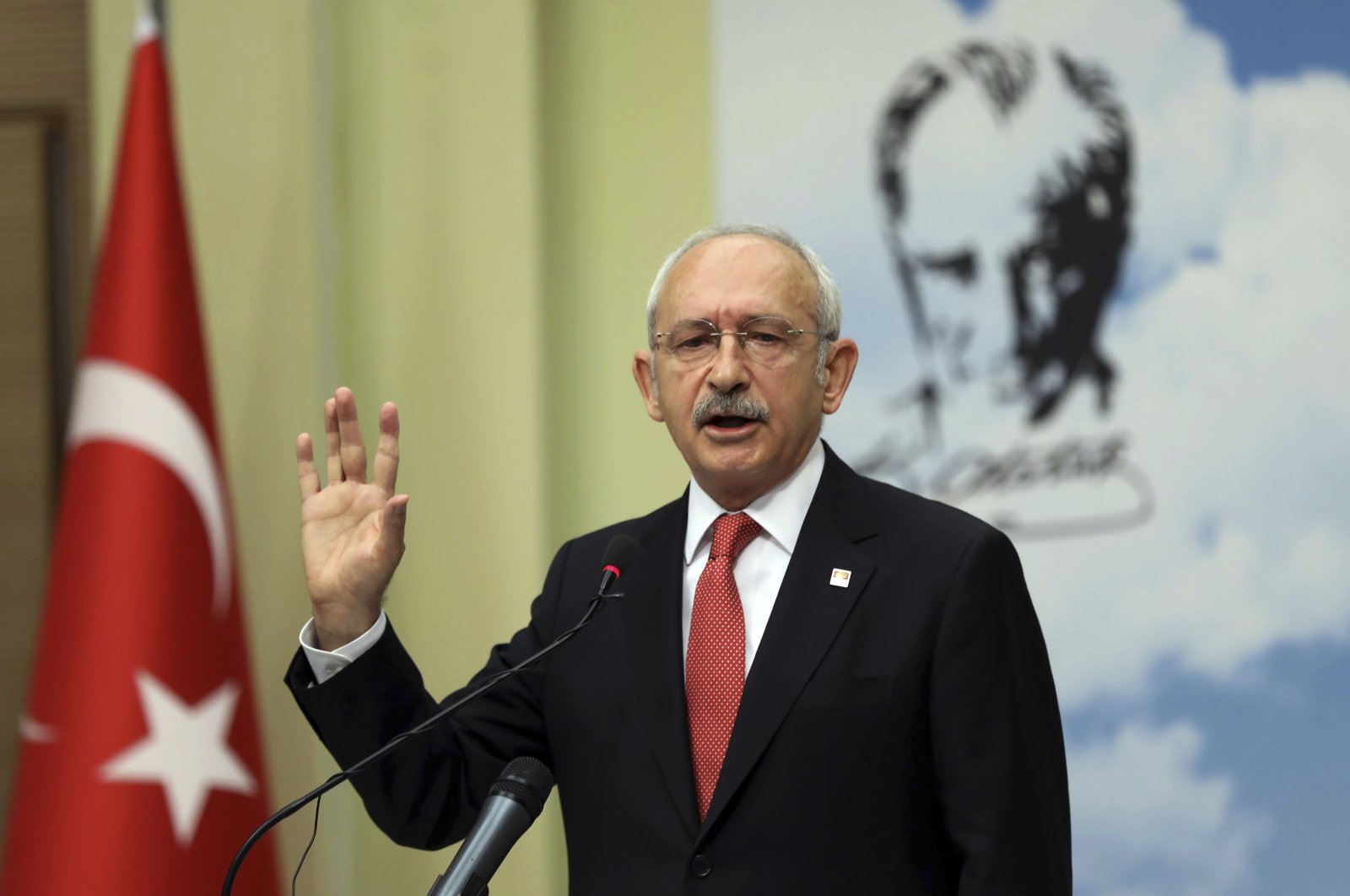 Former Deputy Chairperson Yılmaz Ateş slammed Kılıçdaroğlu on Sunday for having expectations and hopes from the U.S., while another former executive said his statement would have consequences.

The criticism came after the party chairperson spoke with Gönül Tol, director of the Middle East Institute’s Center for Turkish Studies at George Washington University.

In response to a question about what Kılıçdaroğlu’s expectation would be from the newly elected U.S. president’s policies regarding Turkey, Kılıçdaroğlu said he would want Biden “to support democratic movements in Turkey,” reported Turkish daily Yeni Şafak.

“Mr. Kılıçdaroğlu does not embrace the ideology of the CHP, does not have confidence in it and he does not follow a policy that emphasizes coming to power with CHP’s ideology,” Yeni Şafak cited Ateş as saying. The former deputy chair continued by saying that Kılıçdaroğlu initially had resorted to forming alliances with other parties, but when that did not work out, he pinned his hopes on the U.S.

“I do not want to even think about a CHP chairperson who puts his trust in the U.S. rather than the people,” Ateş said.

Former CHP Group Deputy Chairperson Kemal Anadol also criticized Kılıçdaroğlu, saying that Turkey does not need foreign assistance in order to create a successful democracy and should take matters into its own hands.

Former CHP executive Şahin Mengü also slammed Kılıçdaroğlu for his remarks, saying that the party should not need foreign support to win elections.

“If we’re planning to remove (President Recep Tayyip) Erdoğan, we will do this with our people. We will not seek outside support. If you seek such support you would also have to bear the consequences,” Mengü said, adding that there are precedents of such incidents.

Kılıçdaroğlu’s remarks about seeking support came under the spotlight, as Biden’s remarks about interfering in Turkish politics were criticized by almost all politicians in the country.

In a video that surfaced in August, Biden said he would seek a regime change in Turkey and expressed his willingness to work with “opposition leadership” in the country to topple Erdoğan in Turkey’s 2023 elections.

All three figures who criticized Kılıçdaroğlu come from the party’s so-called neo-nationalist wing, which lost intraparty power struggle nearly a decade ago.