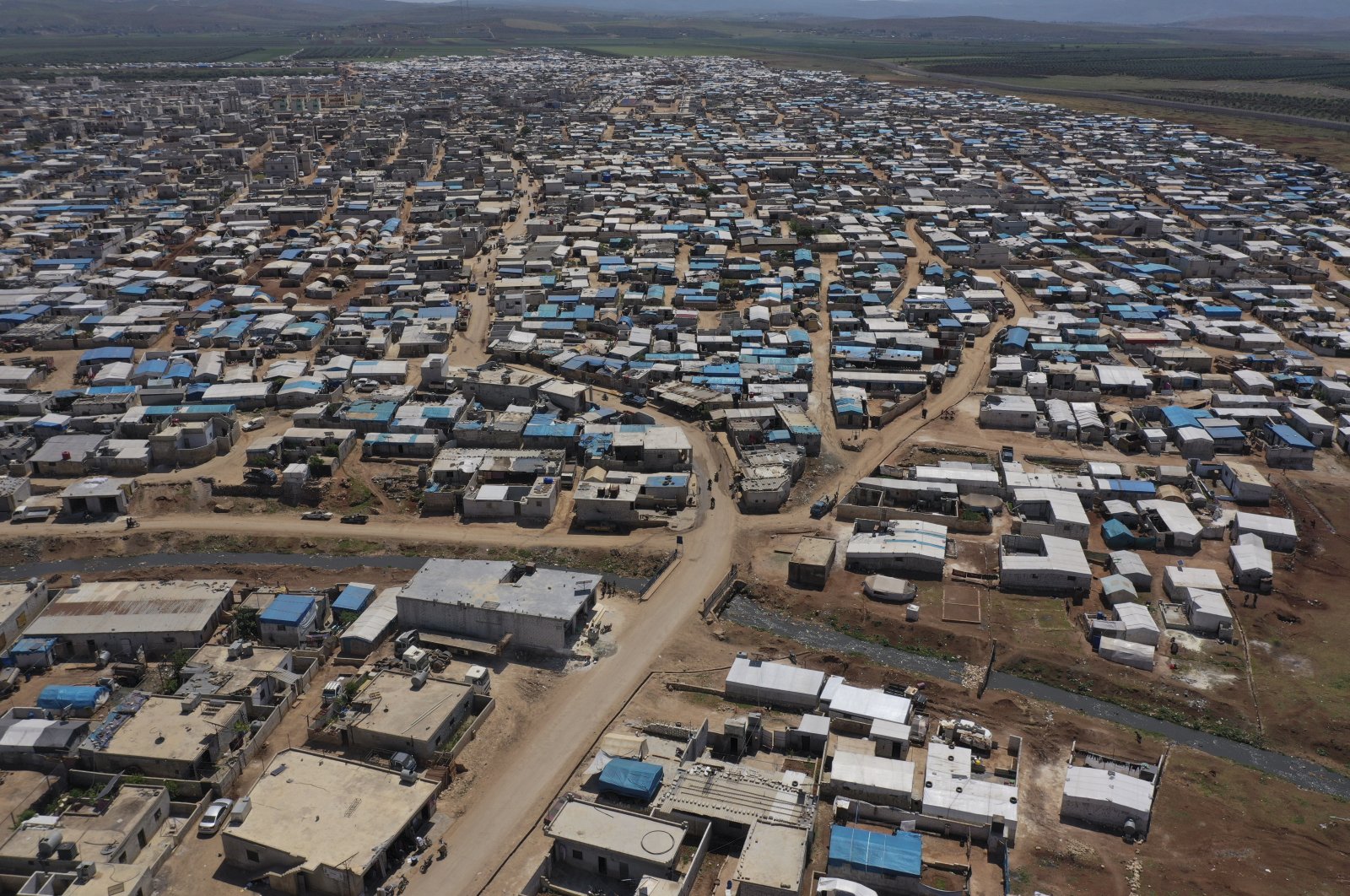 Sharing a post from his Twitter account, Interior Minister Süleyman Soylu stated that in cooperation with the Sadakataşı Foundation and Social Development Center and the Education and Social Solidarity Association (TOGEM), Erdoğan donated 57 briquette houses to Idlib. The minister also expressed gratitude for the donation.

Soylu announced Thursday that in an attempt to ease the conditions for the refugees in the Turkish border, Turkey has raised over TL 717 million ($104.63 million) so far.

President Erdoğan congratulated NGO leaders for their contribution to build homes for the refugees in northwestern Syria.

He said Turkey aims to fulfill its goals to build homes in the summer so refugees can take shelter before the winter months hit.

Meanwhile, the president also said he would personally fund the construction of 50 more homes for Idlib civilians, in addition to Soylu's pledge to fund 20 homes.