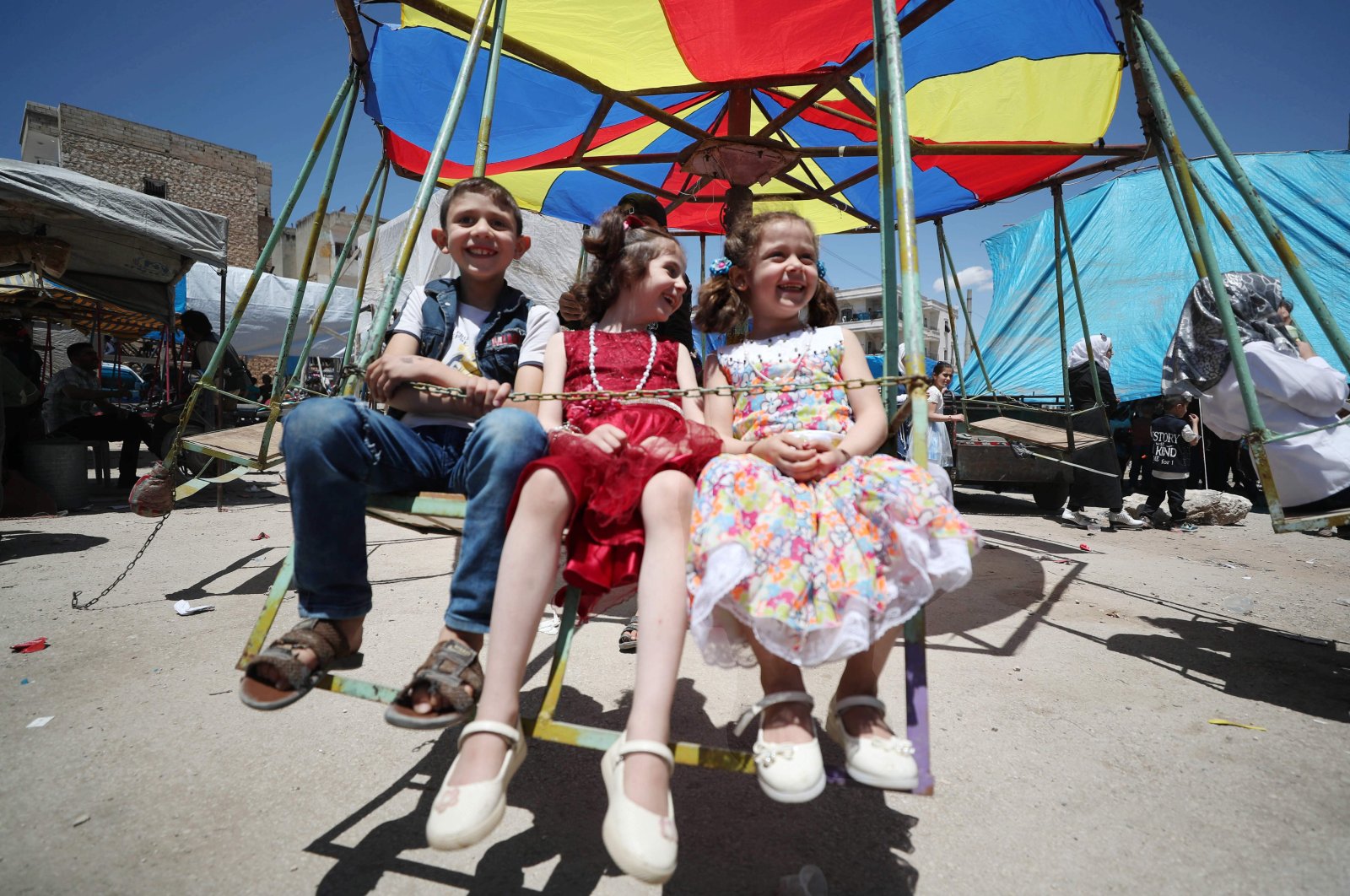 During the Bayram, children in Idlib rushed to the parks and playgrounds, enjoying a peaceful environment.

Children in Idlib were also seen as having a city tour on a toy train.

As part of the humanitarian efforts to the war-torn province, the Istanbul-based Humanitarian Relief Foundation's (IHH) Bursa branch launched a project to built briquette houses, as well as mosques and schools. Planning to call the new neighborhood "Bursa Neighborhood," IHH aims to ease the harsh conditions with this new project.

"In the tents, families no longer have any privacy. During summer, it is difficult to stay in the tents due to the heat, while during winter cold hits you the same. For people to live in more reasonable places, we have established container establishments in various places. Especially in Idlib, we have started to built briquette houses, which are not as good as a normal house but still better than a tent," said the head of the organization, Hüseyin Kaptan.

Speaking to Anadolu Agency (AA), Kaptan said philanthropists showed great interest in the project and now, thanks to this support, they plan to build 15,000 briquette houses as the first step of the project.

"One of the biggest topics that we will tackle through this project is education. Many Syrian children have thus failed to receive any education. The children born when the war started, are now 9-year-old. We are witnessing the raising of an illiterate generation. That's why we are also building schools alongside the briquette houses," Kaptan stated.

Kaptan further said that the cost of a briquette house is TL 2,200 ($325) and that the more money granted, the more of these houses that can be built.

IHH has been engaging in humanitarian activities in Idlib for a while now. The efforts of the organization in the region intensified during the holy month of Ramadan when almost 1,000 containers full of humanitarian aid were sent to the war-hit province.