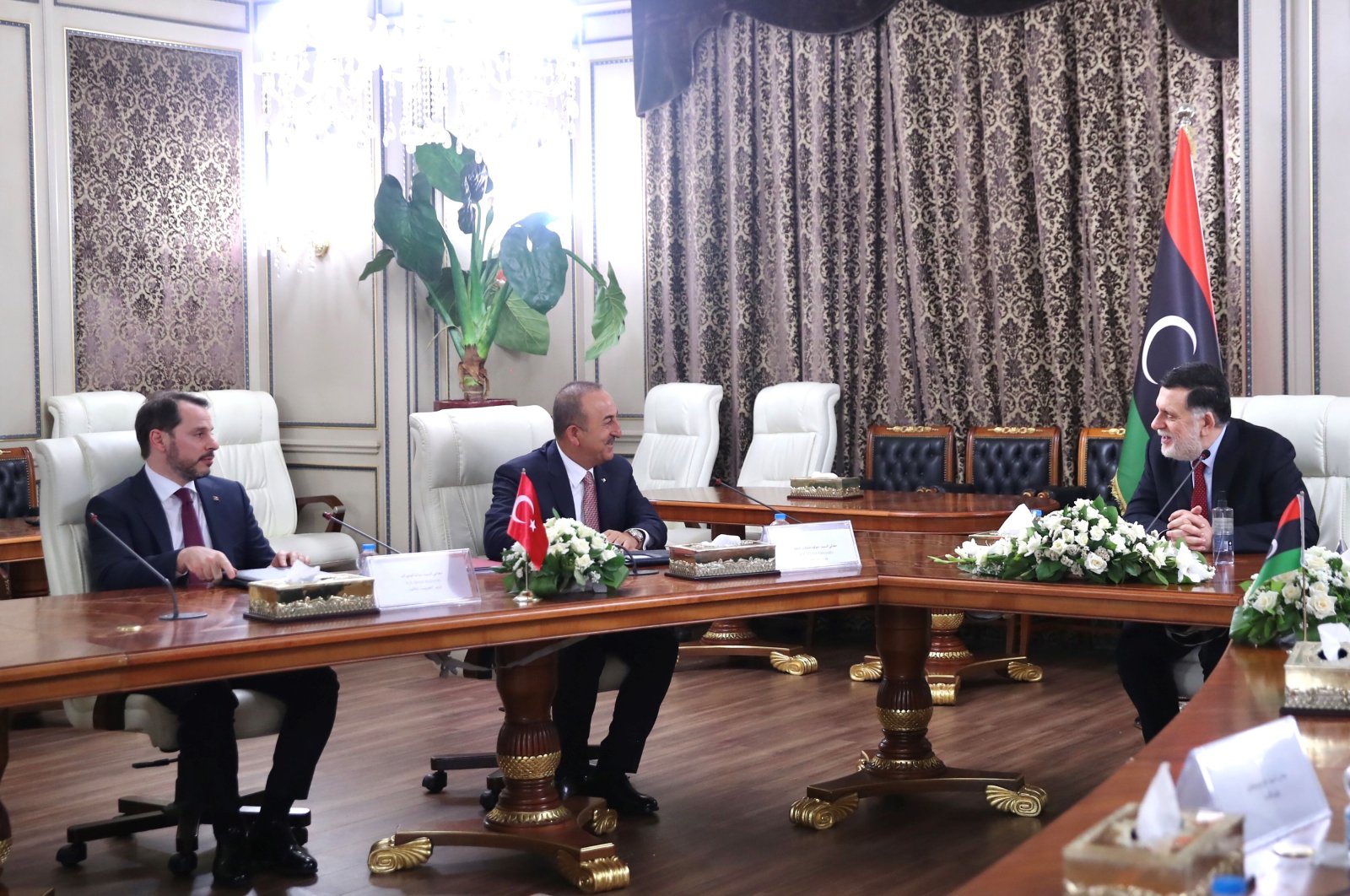 Libya warmly welcomed the visit by a Turkish delegation to the country, Foreign Minister Mevlüt Çavuşoğlu said late Wednesday at a news conference, adding that the visit also strongly reiterated that Turkey stands with the legitimate Libyan government.

It is the most significant delegation to visit the country since eastern-based putschist Gen. Khalifa Haftar launched an offensive on Tripoli in April 2019.

Haftar's offensive came to an end in recent weeks, as the Government of National Accord (GNA), with increased Turkish support, drove his forces out of the northwest of the country.

"Our visit received a great welcome in Libya. The purpose of the visit is clear: It is to strongly reiterate that Turkey stands with Libya. We also discussed how the two countries can improve bilateral relations," Çavuşoğlu said.

"As you know, we have signed a memorandum of understanding with Libya about restricting maritime jurisdiction. We have discussed all of the steps to be taken in the Mediterranean in terms of energy. We talked about what is to be done to achieve a permanent cease-fire and a political decision. We also discussed how we will continue our work under the framework of the U.N. We evaluated the steps to be taken within the international community," he added.

Reminding that mass graves were found in the city of Tarhuna in Libya, Çavuşoğlu said Turkey supports Libya's endeavors to take this issue to the International Criminal Court (ICC).

"These inhumane massacres should be questioned and those responsible should be taken to the court," he stressed.

Turkey and Libya's economic partnerships were also discussed during the visit, Çavuşoğlu said.

"Turkish firms' business activities were cut short in Libya due to the war. There are projects, investments that need to be completed. We therefore also discussed the economic aspects of our relations," he added.

"We have visited our teams in the region who are there for training and consultancy as part of our memorandum of understanding. They are working there day and night. I congratulate them," Çavuşoğlu said.

In a statement over the Turkish delegation’s visit to Libya, al-Mishri also said that the ongoing negotiations between Turkey and Russia on Libya are based on principles recognized by the council and the GNA.

He went on to say that "the talks between the Turks and the Russians are still ongoing and the door has not been closed yet, but we have clarified our constants that in no way will there be any role for Khalifa Haftar (in the future of Libya)."

Responding to a question regarding the military operation to liberate Sirte, al-Mishri said, "We want to place all of the Libyan soil under the authority of the GNA – this matter must be clear."

On the other hand, he asserted that the Turkish-Libyan partnership is based not only on providing military assistance, but also on three parallel paths, which are helping extend the state's control over the entire country, building and unifying the institutions of the Libyan state, and implementing development projects.

He said that his discussions with Erdoğan in Ankara dealt with the same topics discussed in Tripoli.

He stressed the visit of the Turkish delegation will not be the last and there will be mutual visits by high-level delegations between the two countries in order to implement the aforementioned projects.

Last November, Turkey and Libya signed landmark pacts on military cooperation as well as boundaries in the Mediterranean. Under the deal, Turkey has sent advisers to help the Libyan Army defeat the militias of putschist Gen. Haftar.