Focus on judicial reforms as legal year begins in Turkey 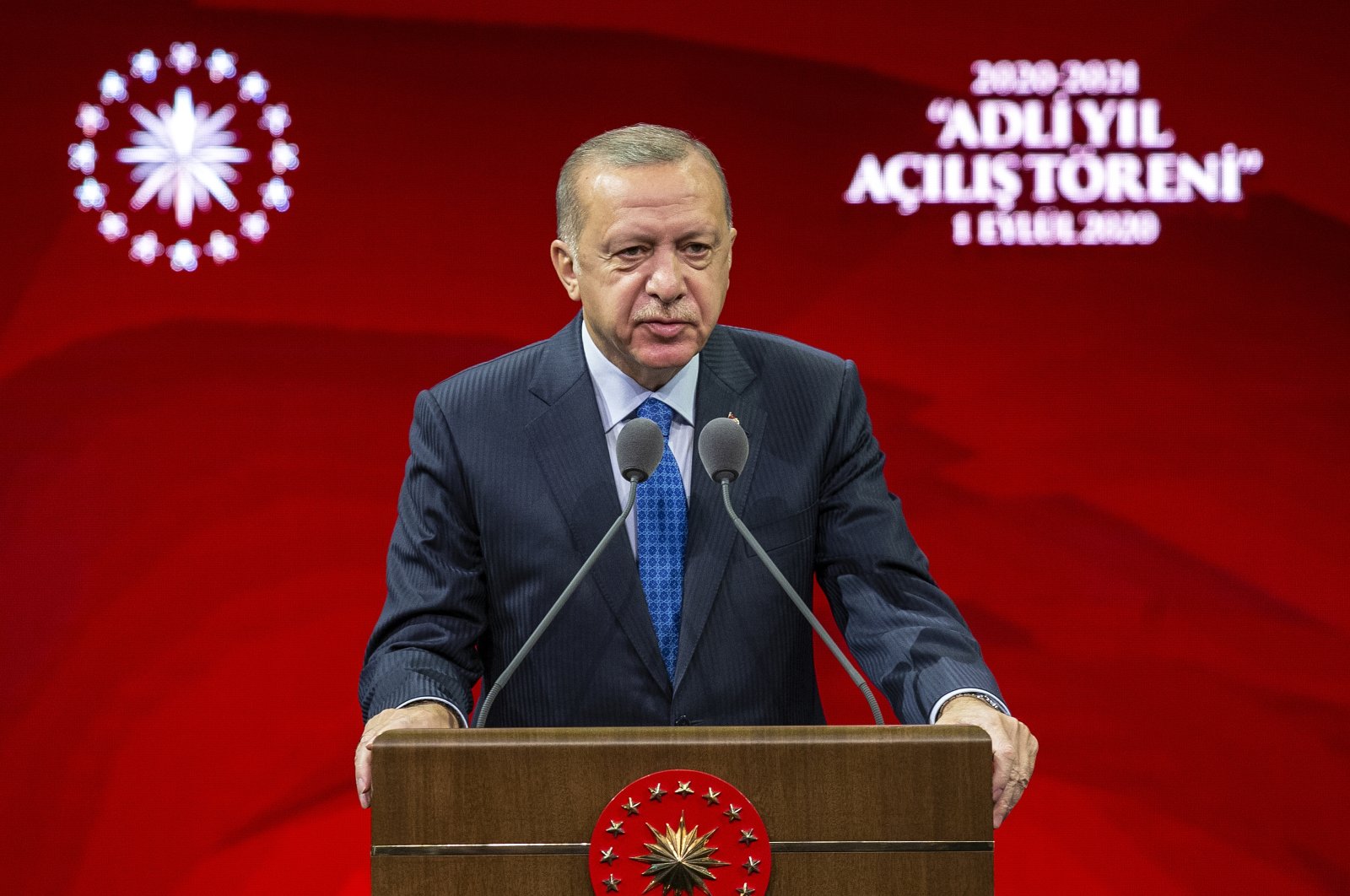 Turkey entered into a legal year Tuesday with a ceremony held in Ankara, during which President Recep Tayyip Erdoğan highlighted Turkey's recent efforts to improve the judicial system.

The president said that, thanks to the presidential system the country has transitioned to, the division of power has been strengthened and reached a level of clarity seen in modern democracies.

He added that the judiciary is one of the areas that the country is primarily focused on when it comes to reforms and underlined that the main aim of these reforms is to establish an approachable, trustworthy justice system.

In July, the Turkish Parliament approved a second judicial package, prepared as part of its judicial reform strategy, to introduce new regulations for legal cases. An aim of the package was to shorten the duration of trials that tend to go on longer than needed.

One of the new regulations was to accommodate secret trials if individuals related to a case have circumstances that necessitate special protection, such as divorce and custody disputes.

Another change was the addition of “having mediated on a similar case previously” as a reason for judges to refuse cases. Judges will also be able to encourage the related parties to apply for mediation rather than coming to court. The package also allows individuals to attend trials remotely.

The first judicial reform package was passed by Parliament in October 2019. It contained a host of changes, including laws covering freedom of expression, passports and the protection of children.

Erdoğan also spoke against Istanbul’s bar association in his speech, over an incident in support of a lawyer imprisoned on terrorism charges. Ebru Timtik was arrested in September 2018 for having links to the terrorist Revolutionary People’s Liberation Party-Front (DHKP-C). After going on a hunger strike in prison, Timtik died Thursday. After her death, a banner with Timtik’s picture was hung on the association’s building, which received major criticism from Turkish politicians. However, Istanbul Bar Association said in a statement that they were not responsible from the hanging of the banner. In fact, the association claimed that it tried to prevent it from being hung, has taken it down and alerted the police on the incident. Previously, on Aug. 12, 33 bar associations of Turkey came together and released a statement on the arrest of Timtik, calling for her immediate release and claiming that her life was at risk.

Noting that DHKP-C was behind the killing of Turkish prosecutor Mehmet Selim Kiraz, Erdoğan said that the Istanbul Bar Association’s move was disrespectful to Kiraz and underlined that the government had done its best to make the lawyers who went on hunger strike, including Timtik, give up on their decision.

“If people who work in other institutions can be dismissed from their profession for supporting terrorism, I think the possible necessity of such a move for the lawyers should also be discussed,” he said, adding that the judiciary cannot serve any ideology other than justice. The president also underlined that the road from “being a lawyer to being a terrorist” will be closely monitored from now on.

On March 31, 2015, Turkey was rocked by an unprecedented crisis at a major courthouse complex in Istanbul. Kiraz, a prosecutor, was taken hostage by unknown gunmen who entered posing as lawyers. The two suspected DHKP-C members released a haunting photo of the victim with a gun to his head on social media.

After about nine hours of negotiations between Turkish police and the two hostage-takers, gunshots rang out from Kiraz’s office in the Çağlayan courthouse complex and police units in position outside of the building rushed in.

Kiraz was killed by two DHKP-C militants, Şafak Yayla and Mustafa Doğruyol, who were killed in the ensuing clash with police.