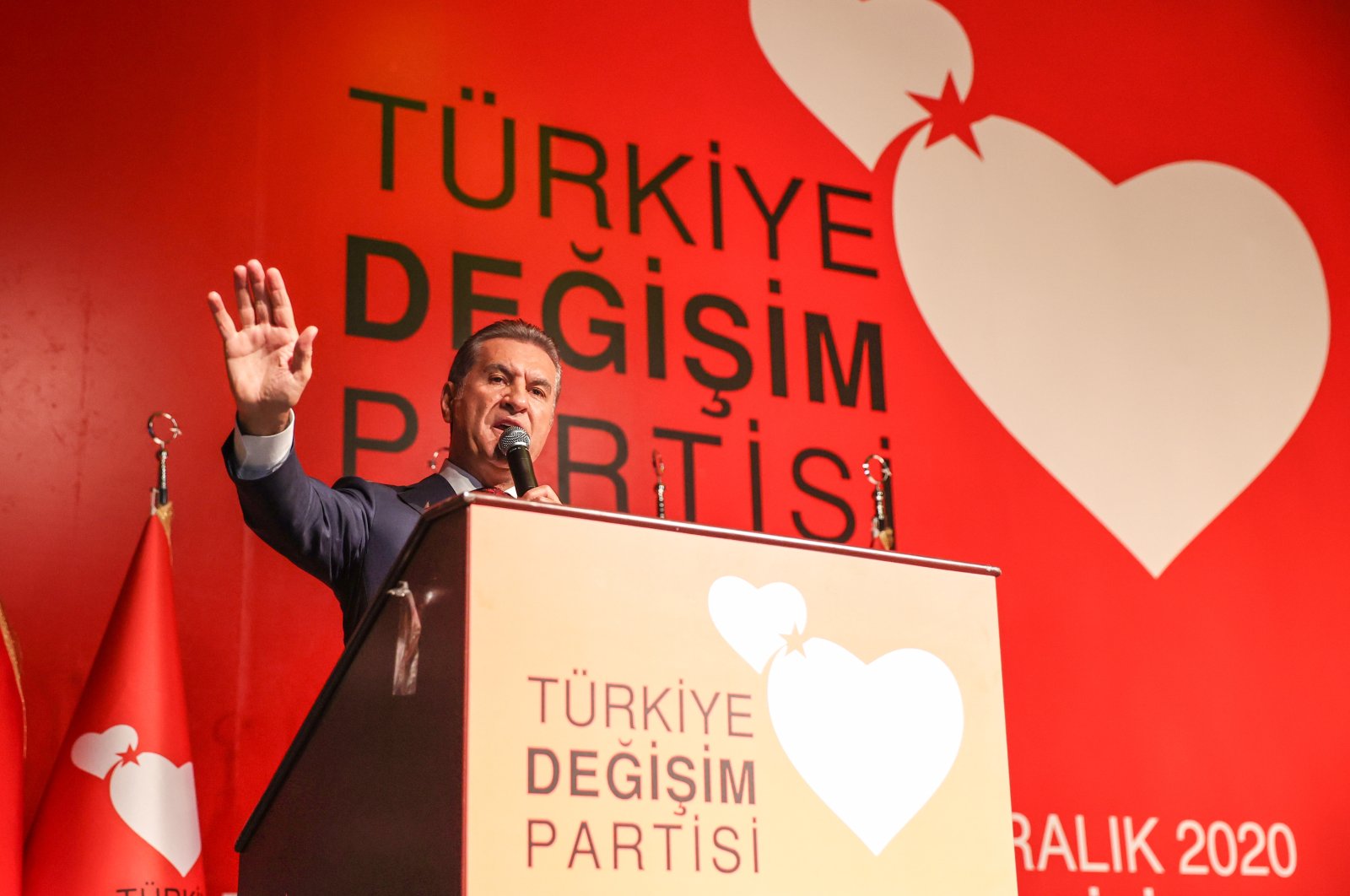 The former mayor of Istanbul’s Şişli district, Mustafa Sarıgül, has announced the name of his party in an official launch ceremony held in Istanbul.

Sarıgül officially launched his party, the Party for Change in Turkey (TDP), and revealed the party logo in the meeting attended by district and provincial party executives.

The logo of the new party TDP consists of two hearts connected by a star. The two hearts represent Anatolia and Thrace, according to Demirören News Agency (DHA).

Addressing fellow party members at a hotel in the upscale Beşiktaş neighborhood, Sarıgül said he will transform the way politics is done in Turkey.

“We will keep our class even when criticizing politicians,” Sarıgül said, adding that his party represents brotherhood and peace. He continued by saying that he will assert that politics is about competition, not fights.

The newly founded party’s leader also pledged to preserve principles of the republic, respect universal values on law and have a sense of laicism that respects different religions.

Participants in the launch ceremony paid little respect to social distancing rules, according to footage from the event.

Meanwhile, Sarıgül came under fire on social media for buying followers for his party’s page on Twitter, especially that many of the fake followers were from Brazil.

The former mayor is allegedly trying to persuade 20 lawmakers from the main opposition Republican People’s Party (CHP) to join his party so he can form a group in Parliament. He has reportedly been focusing on politicians that he previously worked with in the party.

While the CHP administration has not released a statement about Sarıgül’s initiative, they have reportedly told lawmakers to “stay away” from Sarıgül.

Formerly a member of CHP, Sarıgül resigned twice from the party, with the latest resignation taking place in January 2019.

"I am offended by the administration of the CHP. I am reacting to their indecision, nontransparency and disloyalty," Sarıgül said in the letter, adding that he was announcing his resignation with "regret."

Sarıgül was the mayor of Şişli, one of Istanbul's commercial centers, between 1999 and 2014. In 2004, he resigned from the party after a dispute with former CHP leader and Antalya Deputy Deniz Baykal and continued his political career as an independent until he joined the Democratic Left Party (DSP) in 2008. The rivalry with Baykal flared up again when Sarıgül was nominated as CHP's Istanbul Metropolitan Municipality candidate for the local elections at the time.

In 2005, when the rivalry between Baykal and Sarıgül was at its peak, a supporter of Baykal for Istanbul's Bakırköy provincial mayor, Ateş Ünal Erzen, was attacked and beaten by Sarıgül at a CHP conference. After the attack, Erzen said that politics required common sense and responsibility, and he thought Sarıgül was mentally distressed.

A similar incident involving the recruitment of CHP lawmakers to form a parliamentary group happened when the Good Party (IP) convinced 15 CHP lawmakers to transfer to the party ahead of the June 24 general elections last year.