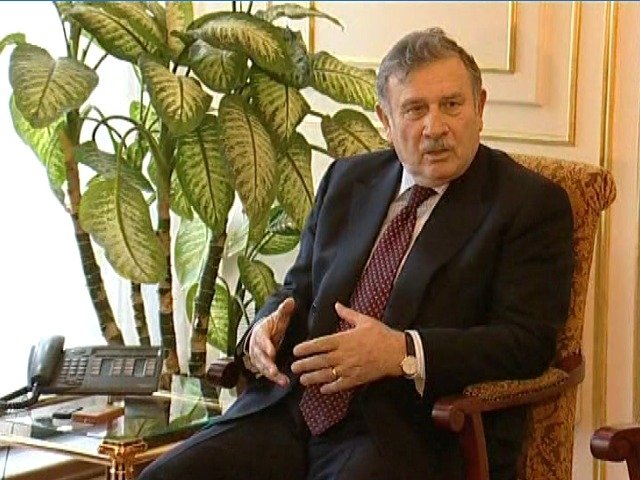 Prominent Turkish politician and co-founder of the Motherland Party (ANAP) Yıldırım Akbulut, who also served as prime minister and parliament speaker, passed away at the age of 86 on Wednesday.

Akbulut, who was also a member of the Presidential High Advisory Board (YİK), had been receiving treatment since November and had a long history of cardiovascular issues.

He entered Parliament after being chosen as deputy from eastern province of Erzincan during the 1983 general elections and served as interior minister between 1984 and 1987 in Turgut Özal's government.

Akbulut, who was selected as deputy again in 1987, was also chosen as Parliament speaker and continued in this position until 1989. While serving as head of the Parliament, Akbulut assumed the duty of prime minister when Özal was chosen as president in 1989.

The same year, Akbulut became the party’s head during ANAP’s 1st Extraordinary Congress in 1989 after the seat became upon Özel's ascension to presidency.

Despite hailing from the same party, Özal and Akbulut had an uneasy relationship over the former's continuing interest in his own ANAP's affairs and politically active presidential role, unprecedented features for presidents since the single party era.

The two were also add odds as Özal sought for Turkey to actively involve in U.S.-led coalition against Saddam Hussein's Iraq while Akbulut, along with many of ANAP's conservative circles, joined the ranks of the majority of diplomatic, military and bureacratic elite opposing such ventures in the region.

In the 1991 ANAP congress, Akbulut lost the seat to Mesut Yılmaz and left the position of chairperson and prime minister.

Continuing his political career, he was chosen again as parliament head after the 1999 elections and held the position until 2000.

Akbulut, who was also a presidential candidate, resigned from ANAP in 2002 and was a candidate for Istanbul deputy for the True Path Party (DYP).