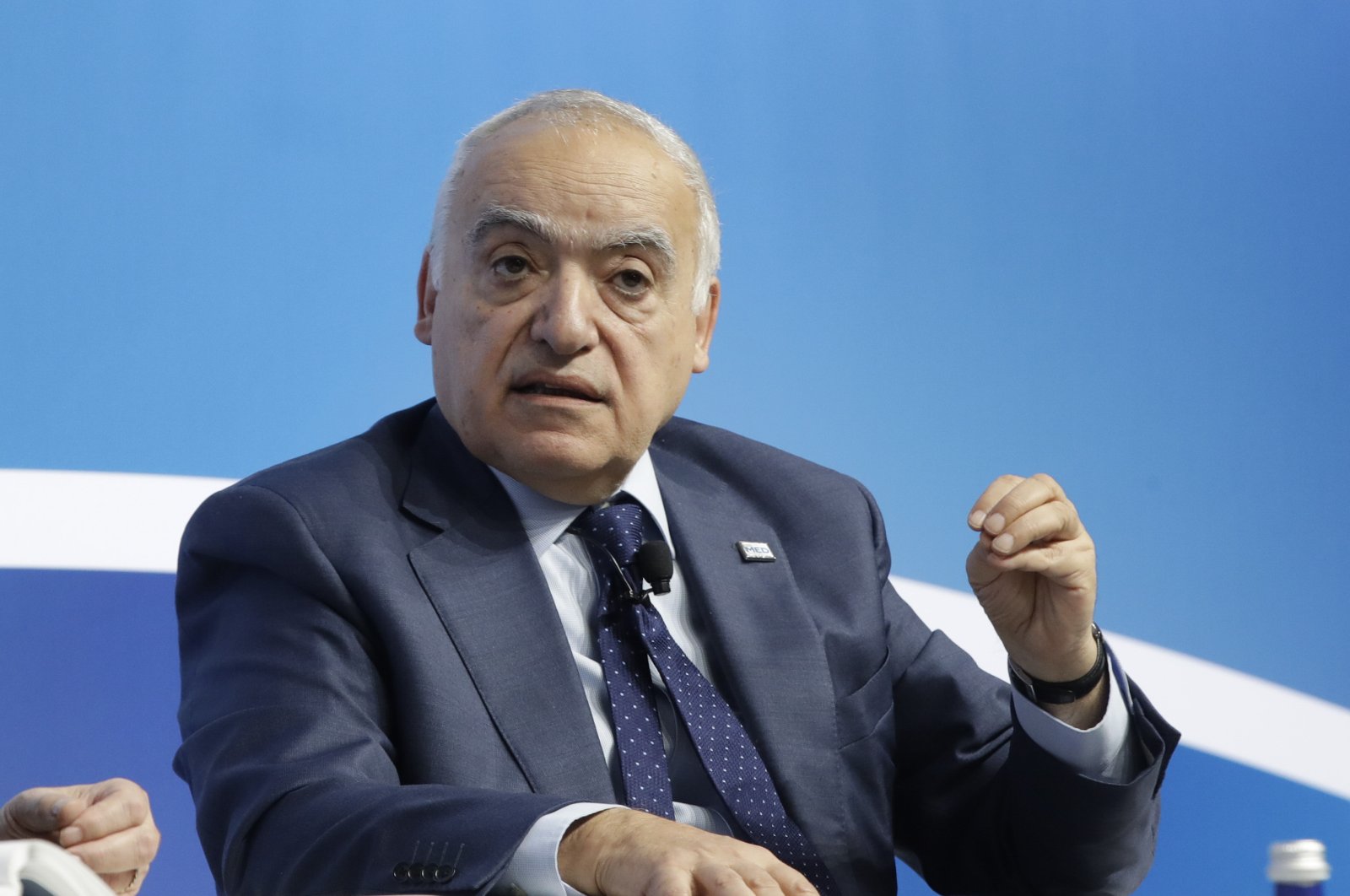 In the face of the repeated violations of int’l law and support to an illegal warlord by some U.N. Security Council members, the former U.N. envoy for Libya spilled out rage at the members saying that the world body became "a theatre of the absurd”

The United Nations' former Libya envoy Ghassan Salame slammed the U.N. Security Council on Wednesday, saying he had been "stabbed in the back," and accused member states of "hypocrisy" regarding their activities in war-ravaged Libya.

Salame announced his resignation in March, citing health reasons, following three years in the post during which he tried to end years of conflict in Libya since the ouster of late dictator Moammar Gadhafi in 2011, which left the North African country divided between rival actors and beset by violence.

Salame resigned almost a year after putschist Gen. Khalifa Haftar, based in the east of the country, had launched a campaign to seize the capital from the U.N.-recognized Government of National Accord (GNA) with the backing of foreign mercenaries and arms support provided by the warlord’s backers Russia, France, the United Arab Emirates and Egypt.

Speaking to the Centre for Humanitarian Dialogue (HD), a Swiss-based private diplomacy organization, Salame said Wednesday he had felt "irrelevant" and "stabbed in the back by most of the Security Council members because, the day he attacked Tripoli, Haftar had most of them supporting him."

Russia has supported Haftar, while its fellow permanent member of the Security Council France is suspected of doing so, although it insists it is neutral in Libya's conflict.

Russia’s support and the evidence of Wagner mercenaries were frequently documented by U.N. reports as well as U.S. documents, even though Haftar’s relation with the U.S. is also unclear.

Russia's Wagner Group is one of the most controversial mercenary groups in the world. The U.S. Africa Command (AFRICOM) in June stated that Russia's sustained involvement in Libya “increases the violence and delays a political solution." In late May, AFRICOM reported that at least 14 MiG-29s and several Su-24s were flown from Russia to Syria, where their Russian markings were painted over to camouflage their Russian origin. These aircraft were then flown into Libya in direct violation of the U.N. arms embargo.

Salame said Haftar’s offensive had halted peace efforts the U.N. had been preparing for a year with his offensive on the capital Tripoli. He said "important countries," which he did not name, had been "plotting" to prevent the conference from taking place.

Salame, a former Lebanese culture minister and professor of international relations, was appointed U.N. envoy in June 2017 and had struggled to bring Haftar and Libya's U.N.-recognized unity government together for peace talks.

"You could see clearly that (Haftar) was confident that a number of big powers were supporting this attack and he mentioned some of them by name. He even quoted from conversations he had with their leaders," he added.

"That's where you felt, as the U.N., that the hypocrisy of countries at this stage has reached limits that make your work very problematic," Salame said.

The diplomat said the "deregulated" international system was now such that "leaders of important countries do not feel any scruples" about making false statements.

The situation in Libya had shown a collapse in multilateralism and international cooperation, with the U.N. becoming "a theatre of the absurd," he said.

Asked what his message was to the countries responsible, he said: "I'm very angry!"

Another staunch supporter of warlord Haftar that has operated in coordination with France and Russia has been the UAE.

The arms embargo breaches as well as the financial support of the UAE to the illegal warlord have been documented by various institutions. Within this scope, the Human Rights Watch (HRW) in late April stated that an airstrike by the UAE on a biscuit factory south of Tripoli, on Nov. 18, 2019, killed eight civilians and injured 27 others.

Last month, a confidential U.N. report revealed that two Dubai-based companies have been sending Western mercenaries to support Haftar in his offensive.

The U.N. Security Council must remind the UAE it is bound by international law not to implement "destructive and malicious policies" in the Middle East and North Africa, Turkey told the international body.

Turkey's ambassador to the U.N. Feridun Sinirlioğlu accused the UAE Wednesday of embarking on a campaign to stifle democratic movements in the region, saying that Abu Dhabi's "excessive ambition" to dominate the wider region "resulted in nothing but human suffering."

Sinirlioğlu gave the examples of Syria and especially Yemen, where the UAE is a part of a Saudi Arabia-led coalition that launched a devastating air campaign to roll back Houthi territorial gains in 2015, which further escalated the crisis. "The same military playbook used in Yemen was also applied here (in Libya), by bombing civilians and civilian infrastructure and cooperating with extremist, radical groups," he said.

He said the U.N. also recorded systematic violations of an arms embargo by the UAE and deployment of mercenaries from Syria, Sudan, Chad and other nations to Libya.

Abu Dhabi also supports the Bashar Assad regime in Syria in its offensive against democracy and Syrian civilians, Sinirlioğlu said, adding the UAE is offering financial and logistical support to the PKK terror group to carry out attacks in Turkey.

"The UAE's efforts to undermine the U.N.'s efforts and credibility continue unabated," he added.

He said the UAE had failed to create an "axis of unstable and fragile states that it can easily manipulate in the region," which led to Abu Dhabi's understandable "frustration."

The UAE "must respect the independence, sovereignty, unity and territorial integrity of other states and it must stop instigating instability in the region and beyond," Sinirlioğlu said.