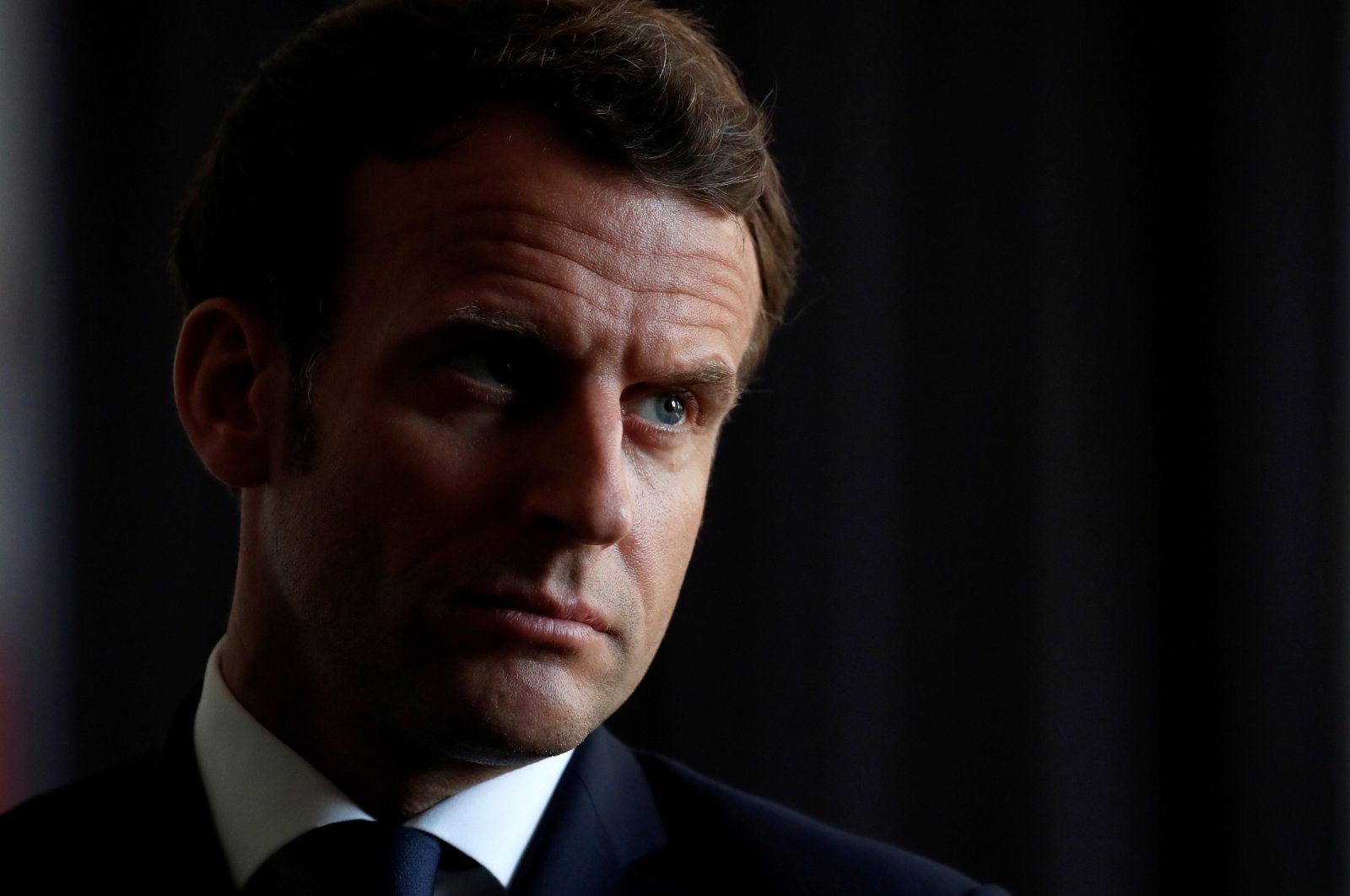 French President Emmanuel Macron talks with social workers and volunteers in charge of assisting the elderly in the area during a visit at a communal center for social action (CCAS) in La Courneuve near Paris as the spread of the coronavirus disease (COVID-19) continues in France, April 7, 2020. (Reuters Photo)
by DAILY SABAH
Jun 26, 2020 5:23 pm

It was the administration of former president Nicolas Sarkozy that triggered the chaos in Libya, the director of Radio France’s international news said, urging Paris to stay silent regarding the Libyan crisis.

In an article on France Inter's website, Jean-Marc Four reminded of France’s military intervention by misusing an U.N. resolution for Libya in 2011, which, according to him, created turmoil in the country.

Four also said that Ankara supports a legitimate government, the U.N-recognized Government of National Accord (GNA), while France backs putschist Gen. Khalifa Haftar on the ground.

Paris should admit that it bet on the wrong horse and recognize that it has no right to give anyone a lesson, Four added.

A French official said earlier this month that NATO "cannot bury its head in the sand" regarding Turkey's recent behavior in Libya, as he claimed the country has become a "problem."

As a response, Turkey said the announcement shows the "dark and inexplicable" policy by France toward Libya and said Paris’s support for the forces of Haftar against the GNA was exacerbating the crisis in the country.