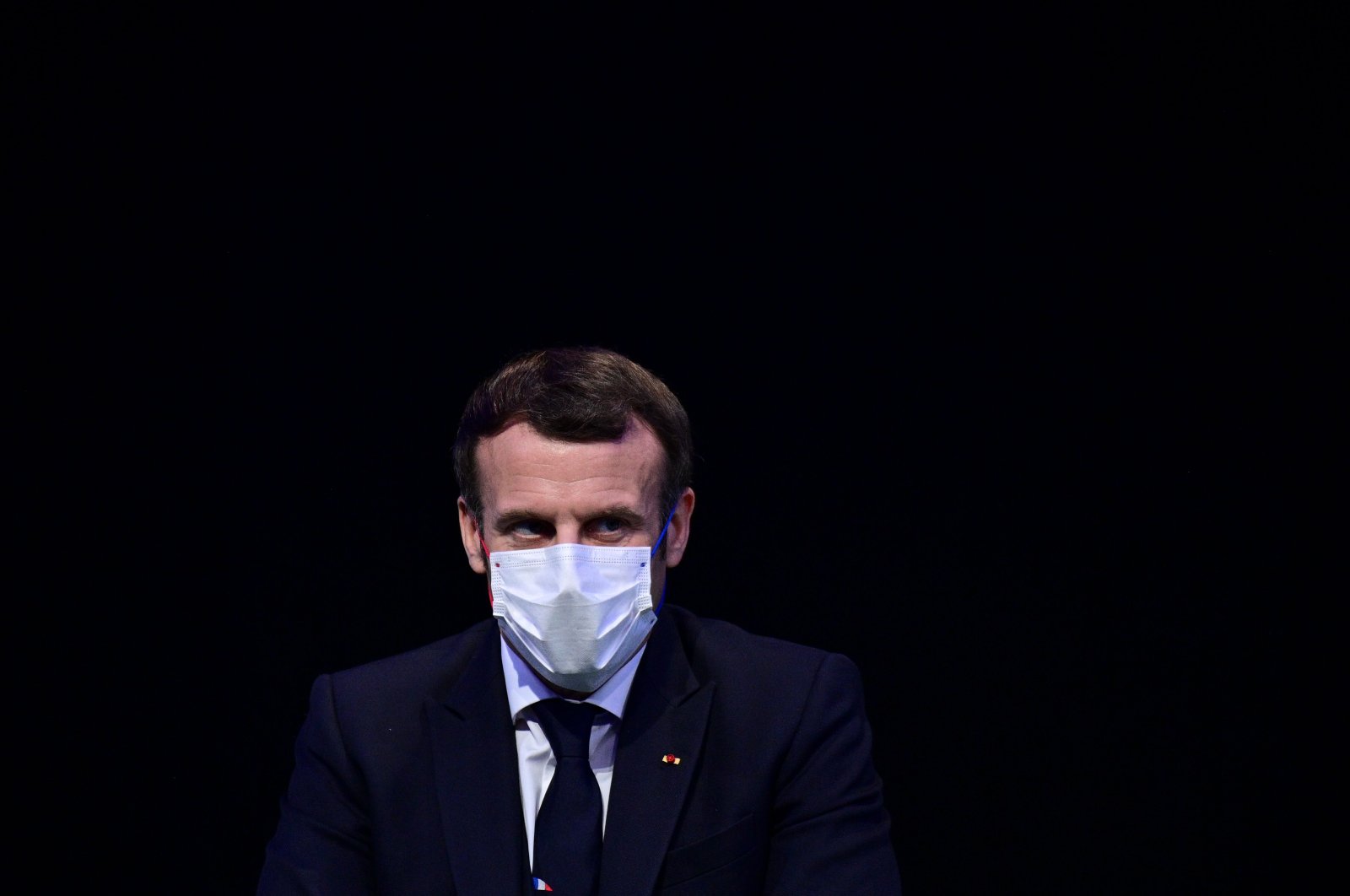 French President Emmanuel Macron attends a ceremony marking the 60th anniversary of the creation of the Organisation for Economic Co-operation and Development (OECD), at its headquarters in Paris, France, Dec. 14, 2020. (AFP Photo)
by DAILY SABAH Dec 29, 2020 1:01 pm
RECOMMENDED

Paris on Monday called on putschist Gen. Khalifa Haftar in Libya to "refrain from any resumption of hostilities" and to "focus" on finding a political solution to the ongoing conflict in the war-ravaged country.

“There is no military solution in Libya. The priority goes to the implementation of the cease-fire agreement of Oct. 23, 2020, which provides for the departure of foreign forces and mercenaries, as well as the continuation of the political process under the authority of the United Nations,” a deputy spokesperson for the French Foreign Ministry was quoted as saying by multiple French media outlets.

"We call on all Libyan parties to support this process, to refrain from any resumption of hostilities and to focus on the appointment of a new executive and the organization of the electoral deadlines scheduled for Dec. 24, 2021, as decided by the Libyan political forum, under the auspices of the United Nations,” he added.

France’s words came after Haftar last week threatened to use force against Turkish troops if Ankara does not stop supporting the country’s legitimate government.

Since 2015, Libya has been divided between two administrations, one in the east and one in the west. Throughout his campaign to capture Tripoli, which collapsed in June, eastern-based illegitimate forces loyal to Haftar had the backing of the United Arab Emirates (UAE), Egypt, France and Russia.

Despite France denying that it backs Haftar, it has stopped short of rebuking his allies, especially the UAE, which has also been singled out by the U.N. for violating an arms embargo.

The fighting has ceased for now as Libyan rival sides engage in dialogue to end the almost decadelong chaos in Libya. Last month, 75 Libyan politicians from opposing camps convened virtually in a U.N.-initiated political forum and agreed to hold elections next year. However, they failed to break a deadlock on the selection mechanism for the transitional government that would run the country in the lead-up to the vote.