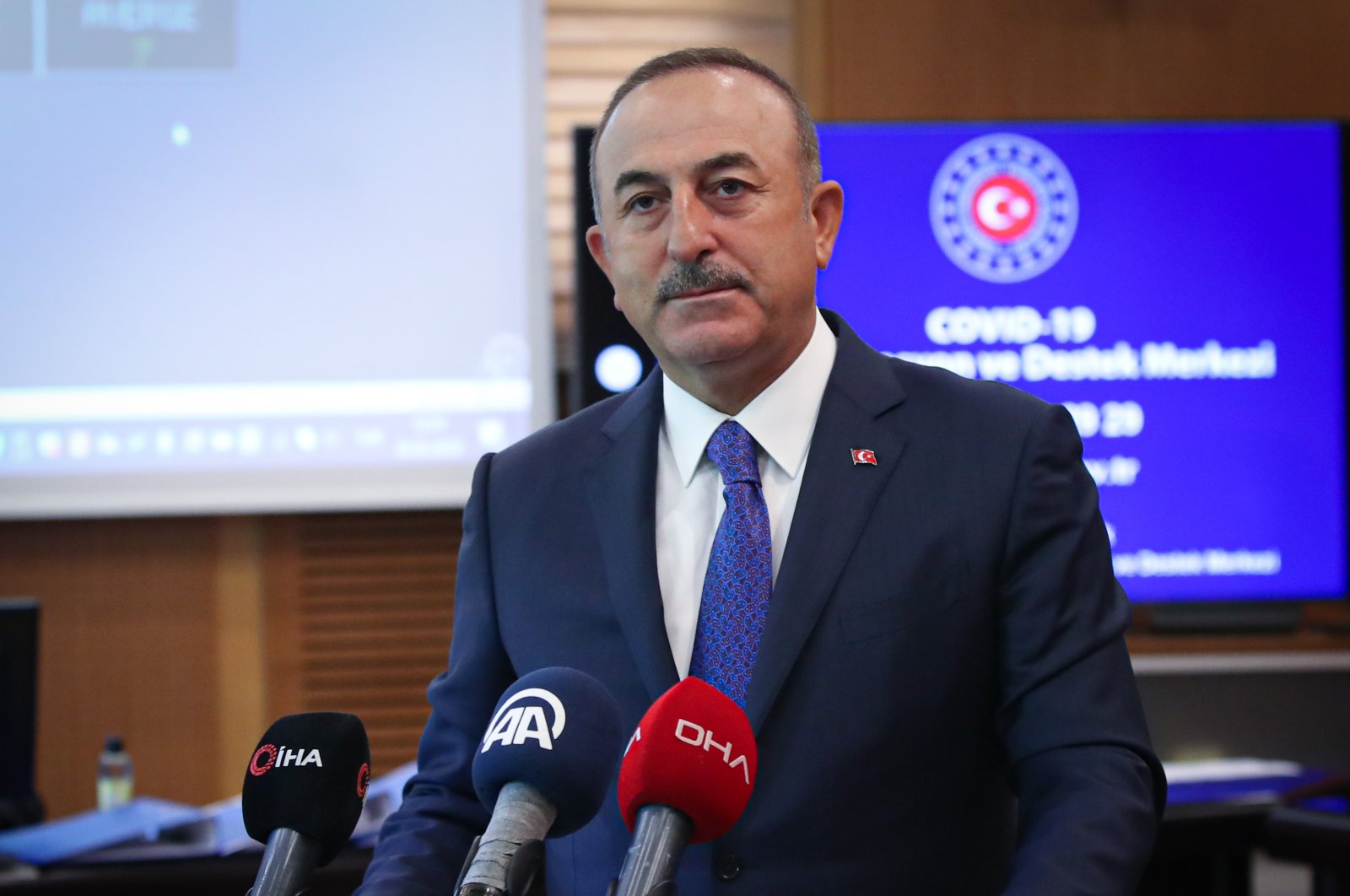 Foreign Minister Çavuşoğlu on Friday accused France of attempting to help the YPG to form a terror state in northern Syria.

“France wanted to help YPG elements to carve out a terror state in northern Syria. But after our Operation Peace Spring, their plans have collapsed,” Çavuşoğlu said during a live broadcast, referring to the Syrian wing of the PKK terrorist group.

“Since then they have been opposing Turkey on every international platform, including their support for Haftar in Libya,” he said, criticizing the French government’s support for the warlord.

“There are numerous Kurdish politicians, who are talented and capable of representing the Syrian Kurds in their respective areas. But the YPG terrorists are not the ones to cooperate with,” he warned.

Later in the broadcast, the top diplomat continued to lash out at France over its support to the illegitimate Haftar rule in the North African country.

“Despite a NATO statement, France continues to support him,” he said.

In an interview with the Italian daily, La Repubblica, Jens Stoltenberg said NATO has 30 partners, which on many issues have different positions, but added that Turkey remains an important ally.

He also stressed that NATO is supporting the United Nation’s efforts for a peaceful solution to conflicts in Libya and Syria.

“In Libya, there is an arms embargo that needs to be respected by all sides,” Stoltenberg said.

“However, this doesn't mean to put on the same level the forces led by [Khalifa] Haftar and the government of Fayez al-Sarraj, the only one recognized by the U.N.,” he stressed.

“For this reason, NATO is ready to give its support to the government in Tripoli,” he said.

The Libyan government, also known as the Government of National Accord (GNA), has been under attack by warlord Haftar’s armed forces since April 2019.

Haftar’s illegal forces in eastern Libya have launched several attacks to capture Tripoli, with more than 1,000 killed in the violence.

Following the ouster of late ruler Moammar Gadhafi in 2011, Libya's new government was founded in 2015 under a U.N.-led political deal.