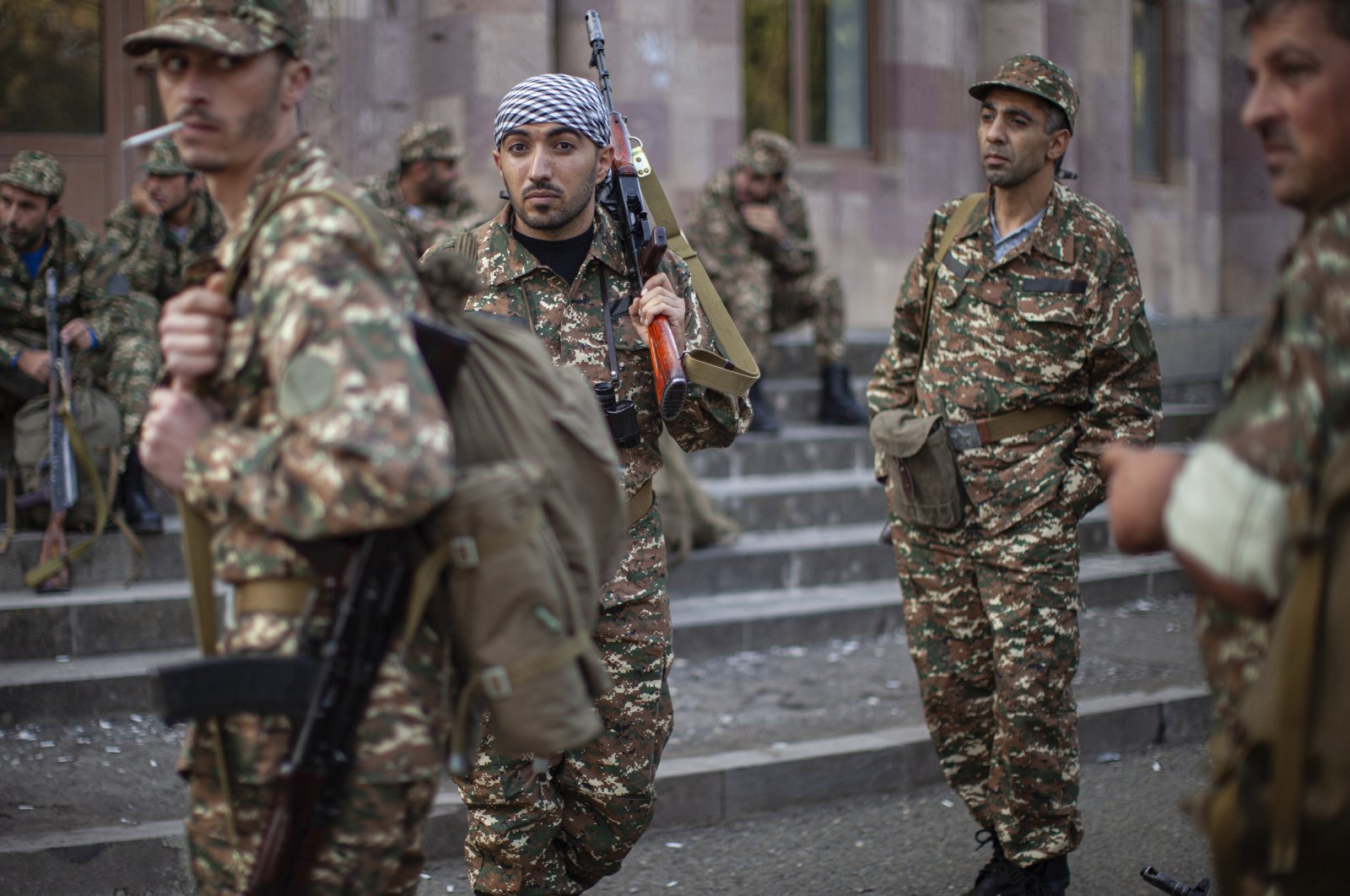 Ethnic Armenian volunteer recruits gather at a center where they receive their uniforms and weapons before being dispatched to the frontline near Hadrut, illegally occupied territory of Azerbaijan, Tuesday, Sept. 29, 2020. (AP Photo)
by Daily Sabah with Wires Oct 07, 2020 3:29 pm
RECOMMENDED

Scores of Armenians living in France have arrived in the illegally occupied Azerbaijani territory of Nagorno-Karabakh to fight alongside Yerevan forces, French media reported Wednesday.

"Armenians from France are starting to arrive in Armenia to fight the Azerbaijani army on the Nagorno-Karabakh front," Georges Malbrunot, a senior reporter of French newspaper Le Figaro said in a tweet.

"An AFP dispatch dated from Yerevan recounts the journey of one of them, who came from Strasbourg," he said, citing a reporter of the French news agency Agence France-Presse (AFP).

Meanwhile, France 24 recounted another mercenary’s journey to the Caucasus to fight for the illegal cause.

"Vardan, an Armenian builder living in western France, flew back to his native country to fight in the conflict with Azerbaijan," France 24 said in the report.

"A veteran of the first war over Nagorno-Karabakh in the 1990s, the 45-year-old plans to return to his native town Yeghvard, form a group of volunteers and go to the front. By the time he arrived, two men from Yeghvard had already been killed in the fighting," the website added.

It was revealed recently that in addition to mercenaries from abroad, Armenia also uses PKK terrorists in its fight to continue the illegal occupation of Azerbaijani territories, as recognized by every United Nations member state and the U.N. itself.

The Azerbaijani intelligence agency also revealed an intercepted dialogue between two PKK militants who came to the area to fight for Armenian separatists.

The fiercest clash between Armenian and Azerbaijani forces in years over the occupied region was ignited Sunday. As of Thursday, at least 130 deaths have been confirmed as fighting spilled over into the fifth day.