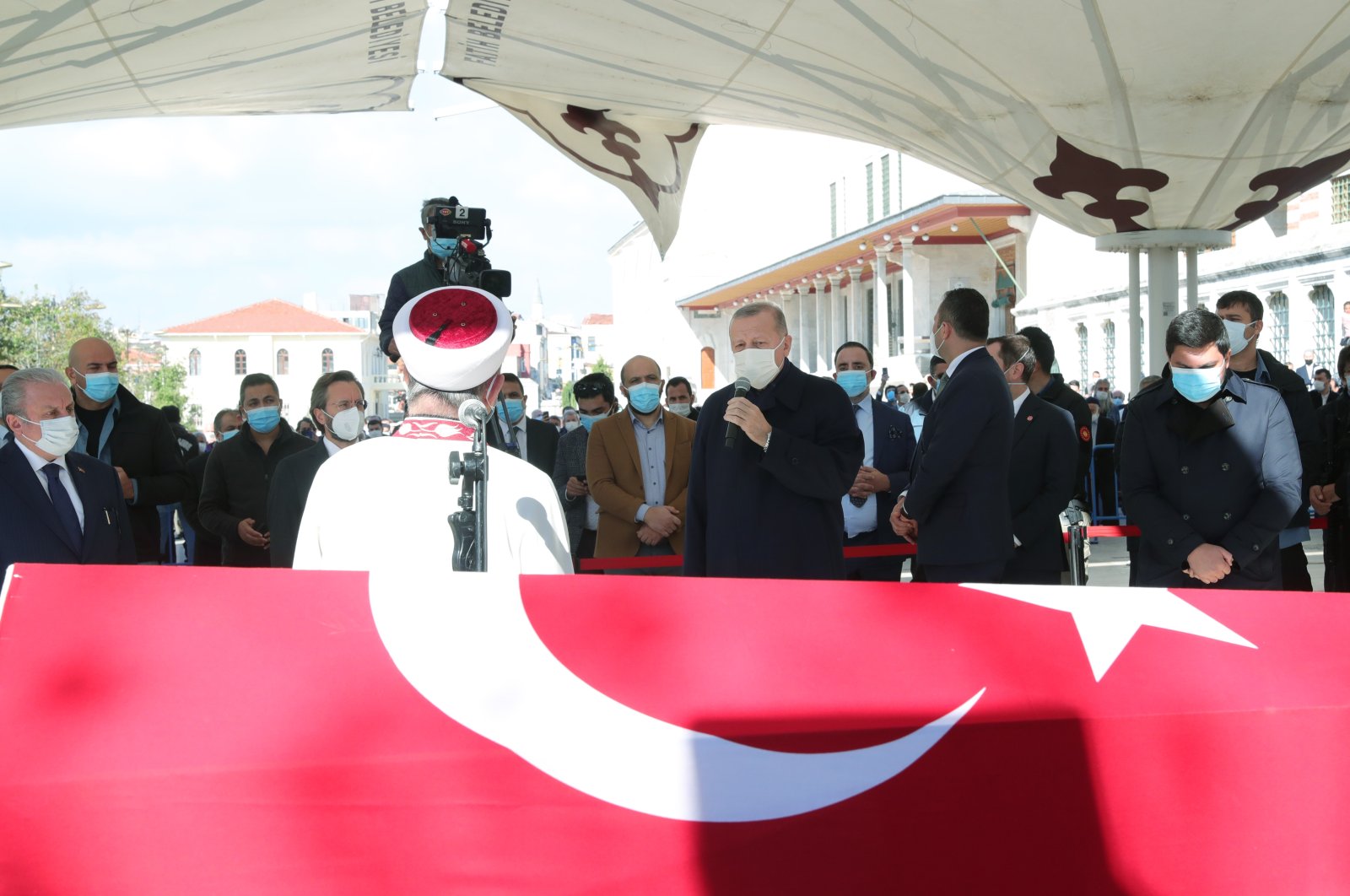 A funeral ceremony was held on Monday for one of the former deputies of the ruling Justice and Development Party (AK Party) and President Recep Tayyip Erdoğan’s adviser, Burhan Kuzu, who succumbed to COVID-19 at the age of 65.

Kuzu's funeral was brought to Istanbul’s Fatih Mosque for the ceremony with his casket wrapped in the Turkish flag and carried on the shoulders of the police.

Erdoğan attended the ceremony and expressed his condolences to the Kuzu family.

Speaking at the ceremony, Erdoğan described Kuzu as a witty man with a cause who specialized in constitutional law.

Noting that Kuzu was always proud of his students at Istanbul University, Erdoğan added: “We were also proud of him. We had a long journey with him in Parliament. Then, he served as my adviser in the office of the Presidency. We also worked together there. Due to the coronavirus outbreak, we lost Burhan Hoca in a very short time.”

A professor of constitutional law, Kuzu received treatment for two weeks after being diagnosed with the virus before his death on Sunday.

The late lawmaker started his political career in 2001 as one of the founding members of the AK Party and became the first head of the party’s Democracy Arbitration Committee. During the 2002 general election, Kuzu won a seat in the Grand National Assembly of Turkey as an AK Party deputy representing Istanbul. He won reelection in the 2007 and 2011 general elections. Due to a party rule prohibiting a party member to serve for more than three successive terms, he was unable to run in the June 2015 general election.

Kuzu entered Parliament again after the November 2015 general election. He served as a member of the Constitutional Commission in Parliament.