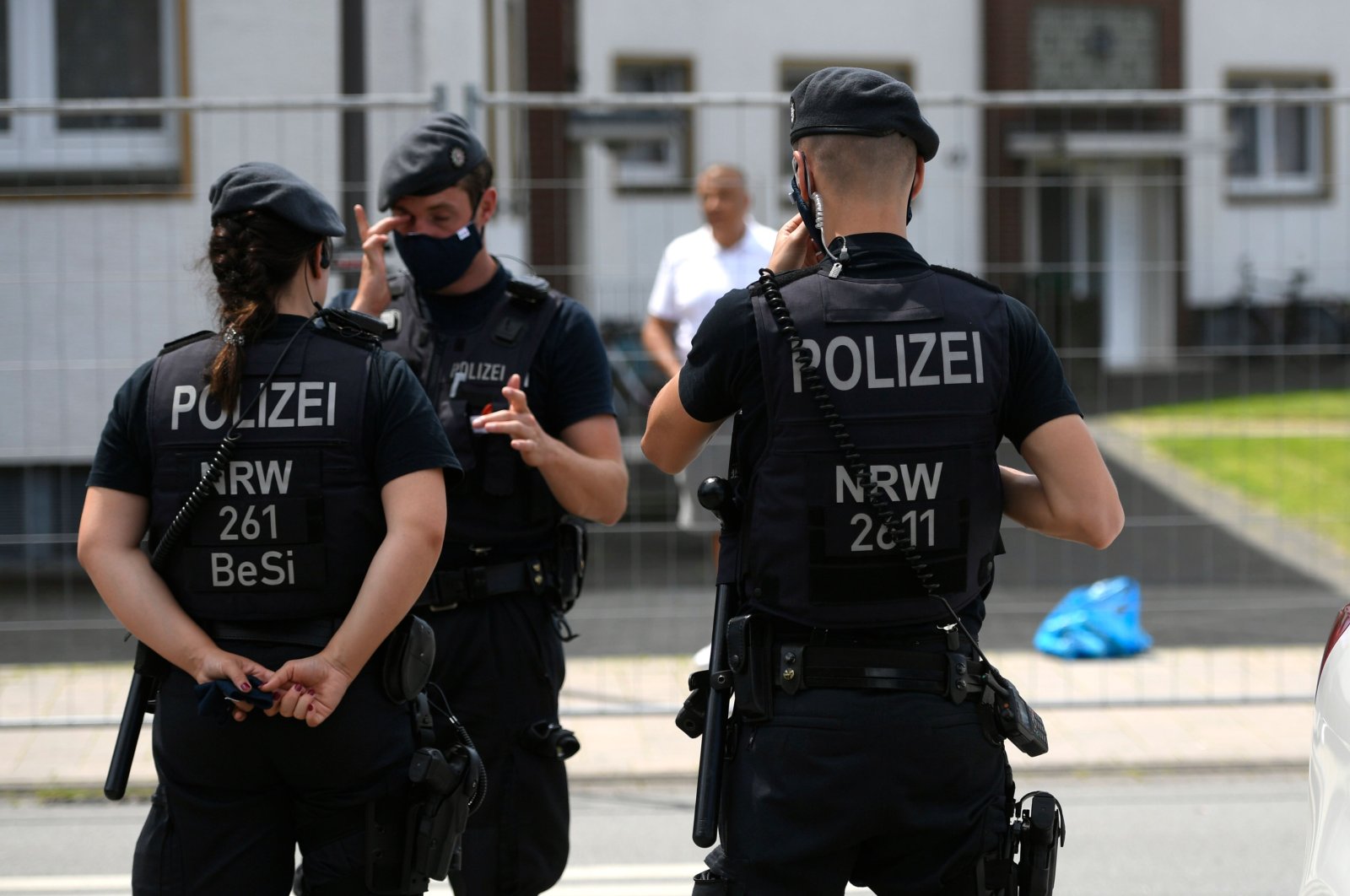 Police officers stand at the residential homes of employees of the abattoir company Toennies during their quarantine in the district Suerenheide of Verl on June 22, 2020. (AFP File Photo)
by daily sabah with afp Jun 22, 2020 12:31 pm
RECOMMENDED

A Syrian doctor living in Germany has been arrested on suspicion of carrying out crimes against humanity at a Bashar Assad regime prison in his war-torn country of origin, prosecutors said Monday.

The suspect, identified as Alaa M., is accused of having "tortured a detainee ... in at least two cases" at a prison run by the Syrian intelligence services in the city of Homs in 2011, said German federal prosecutors in a statement.

Alaa M. was called to the assistance of a man who had suffered an epileptic fit after being detained for taking part in a protest, the statement said.

He then proceeded to beat the man with a plastic pipe. "Even after he had gone down, Alaa M. continued the beatings and additionally kicked the victim," the statement said.

The next day, Alaa M. and another doctor are said to have subjected the victim to further beatings. He later died, though the cause of death is unclear.

Alaa M. left Syria in mid-2015 and moved to Germany, where he also practiced as a doctor.

Syria's civil war, which started with the brutal repression of anti-government protests, has killed more than 380,000 people and displaced nearly half the country's pre-conflict population.

The U.K.-based Syrian Observatory for Human Rights monitoring group estimates that at least 100,000 people have died from torture or as a result of horrific conditions in government prisons.

Previously, a former Syrian army photographer, known by the pseudonym "Caesar," fled the country in 2013, taking with him some 55,000 photographs documenting abuse and torture.

The two defendants are being tried on the principle of universal jurisdiction, which allows a foreign country to prosecute crimes against humanity.

Germany has taken in more than 700,000 Syrian refugees since the start of the conflict.