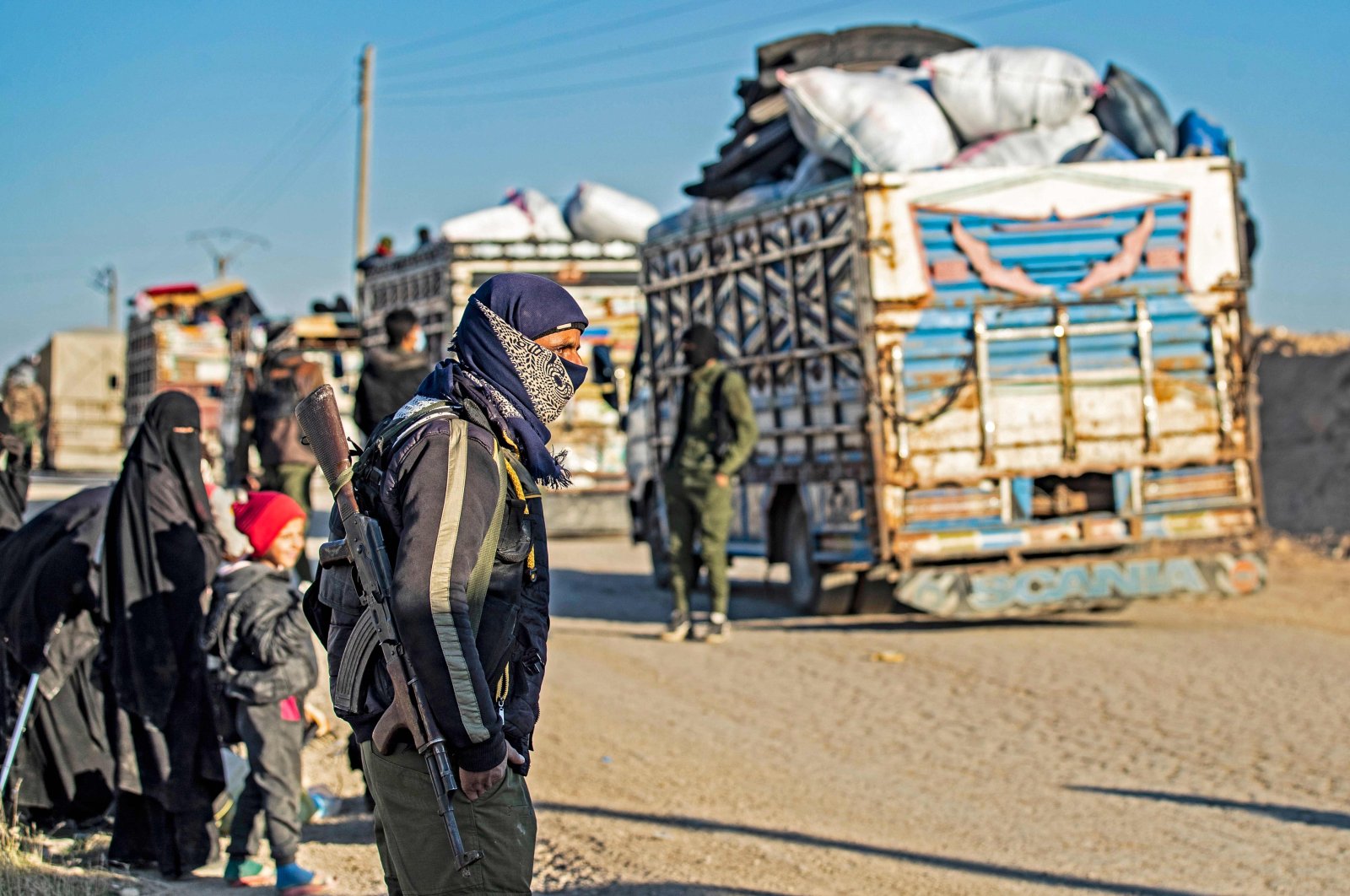 Germany and Finland on Sunday announced they had brought home 23 nationals, including women and children, from camps in northeastern Syria for humanitarian reasons.

"I am very relieved that we were able to repatriate another 12 children and three mothers from camps in northeastern Syria yesterday," German Foreign Minister Heiko Maas said in a statement.

Maas said the repatriations were "humanitarian cases, primarily orphans and children who were ill – cases in which a repatriation was deemed particularly necessary and urgent."

“This good news just before Christmas makes us confident that we will be able to organize the return of further cases as well," Maas said.

He added that repatriating children without their mothers is not possible under the law.

While Maas did not share any further details on the identities of the women and children, German weekly Bild am Sonntag reported that all three women had left Germany in recent years to join the Daesh terrorist group in Syria. The paper identified the women as Merve A., Yasmin A. and Leonora M.

Also on Sunday, Germany's federal prosecutor's office said a German citizen by the name of Leonora M. had been arrested upon her arrival at Frankfurt airport. The office said that the woman has been accused of being a member of the Daesh terrorist organization and allegedly committing crimes against humanity.

For its part, the Finnish foreign ministry said that it had brought home six children and two adult mothers.

"Under the constitution, Finnish public authorities are obligated to safeguard the basic rights of the Finnish children interned in the camps insofar as this is possible," it said.

"The basic rights of the children interned in the al-Hol camps can be safeguarded only by repatriating them to Finland."

Al-Hol holds more than 60,000 Syrian, Iraqi and Western detainees, most either family members of Daesh fighters or supporters of the group who had remained in the territories it held until the final battle in March last year. In late 2019, Finland repatriated two orphans from the al-Hol camp. Around 15 Finnish children and five adults still remain there, Finnish officials said Sunday.

Jussi Tanner, the Finnish foreign ministry’s special representative in charge of making the repatriation decision, stressed at a news conference that the Syria camps formed a highly complex case judicially for Finland and other Western countries.

“No such world exists where we are able to repatriate children only,” Tanner said, referring to parents’ legal rights to their children. He said Finland opted to cooperate with Germany as the two countries had common interests in the case and share similar legislation.

Hundreds of Europeans, many of them young women, left the continent in the last couple of years to join Daesh and fight in Syria and Iraq. Several died while others were arrested and detained by Turkish, Kurdish or Iraqi authorities that have been trying to deport them and their children back to Europe.

Many European nations have resisted repatriating their nationals from the camps, because of the security risks.

Turkey has also criticized Western countries for stripping some of the foreign terrorist fighters of their citizenship. Although the 1961 New York Convention made it illegal to leave people stateless, several countries, including France, have not ratified it and recent cases have triggered prolonged legal battles. The U.K. alone has stripped more than 100 people of their citizenship for allegedly joining terrorist groups abroad.

The two returning women, who were known radicalized Daesh sympathizers according to Finnish media, will face thorough screening by security officials upon return.