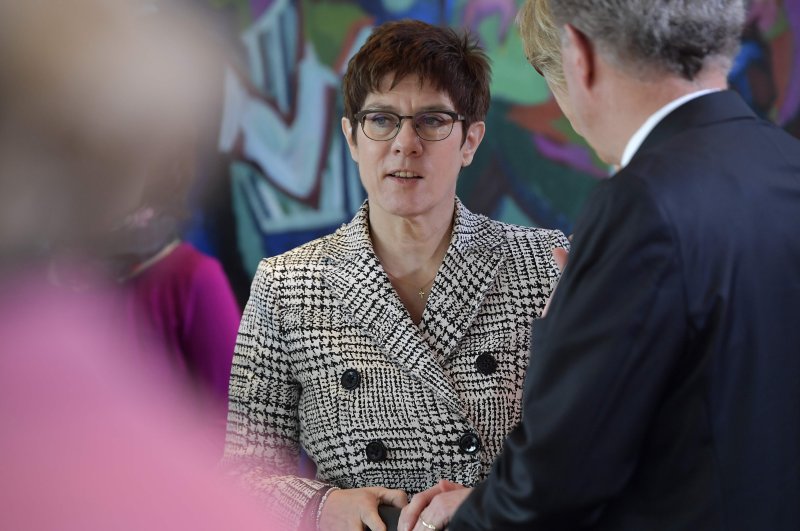 Germany has close economic ties with Russia and could use this leverage to pressure President Vladimir Putin over Moscow's involvement in Syria, the German defense minister said Wednesday.

Escalating military action in northern Syria's Idlib, where Russia is backing an offensive by the Bashar Assad regime and Turkey is supporting the rebels, risks direct confrontation between the two major foreign powers.

German Defense Minister Annegret Kramp-Karrenbauer told the private broadcaster, n-tv, that Germany had broad commercial ties with Russia and had already used sanctions in the Ukrainian conflict to show that Russia cannot get away with everything.

"And this is the question now which also needs to be raised regarding Syria," she said, noting that Germany must show Russia that "we are pretty much aware of what it is doing in Syria."

Russia's support for Assad's forces has been instrumental in turning the war in favor of the regime.

Kramp-Karrenbauer repeated her proposal to set up safety zones in north Syria to protect civilians, adding that German Chancellor Angela Merkel was trying to convince Putin to support that. Nearly 1 million people have fled recent fighting in Idlib.

If all relevant players in the region backed the creation of such safety zones, German and other European forces could be asked to protect those areas, the German minister added.

But the most realistic scenario was a safety zone in which the U.N. and the Organization for Security and Cooperation in Europe (OSCE) would be in charge, she said.

President Recep Tayyip Erdoğan and Putin were due to meet Thursday to seek ways to stop the fighting.

Germany, Europe's largest economy, accounts for about 10% of Russia's imports and is also an important export market, mainly for Russia's natural gas and oil.