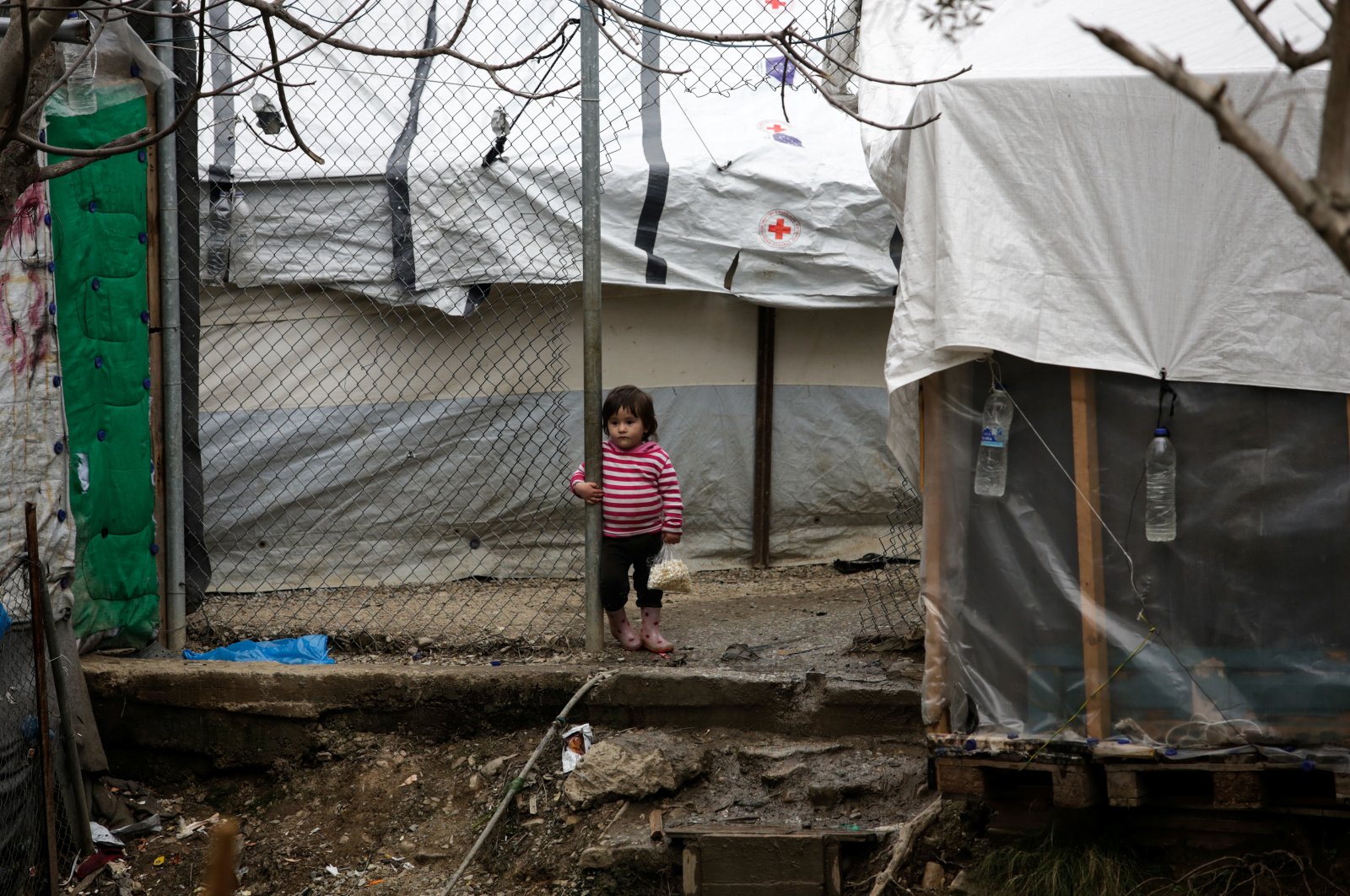 A girl stands among makeshift shelters at a camp for refugees and migrants next to the Moria camp, on the island of Lesbos, Greece, March 9, 2020. (Reuters Photo)
by Daily Sabah with DPA Jul 08, 2020 9:32 am
Edited By Nurbanu Tanrıkulu Kızıl
RECOMMENDED

Germany has taken in the most migrants among European Union countries in the past four years as part of the EU-Turkey refugee pact, according to a media report Wednesday.

Compared with other European Union countries, Germany receives by far the most migrants – nearly 10,000 – from Turkish refugee camps under the agreement, the conservative German daily Die Welt reported. The newspaper cited the information as coming from a response by the Interior Ministry to a parliamentary question by the Free Democratic Party (FDP).

According to figures from the European Commission, a total of 26,835 migrants were brought to Europe under the European Union-Turkey deal between April 4, 2016, and March 16, 2020. A total of 9,967 of them went to Germany. That is more than twice the amount of people who went to France, which took in second-most.

According to the Die Welt report, the Netherlands admitted 4,571 people, while Finland took in 1,964, Sweden 1,940 and Spain 766. Austria, Croatia, Italy, Lithuania, Luxembourg and Portugal participated with quotas in the low three-digit range. Cyprus, the Czech Republic, Greece, Hungary, Ireland, Poland, Romania and Slovakia reportedly did not take in refugees under the EU-Turkey pact.

"Each member state makes its own decision on the admission (of migrants) according to the EU-Turkey pact," the newspaper quoted a spokesman for the Interior Ministry in Berlin as saying.

Ankara has repeatedly complained that Europe has failed to keep its promises under a 2016 EU-Turkey refugee deal to help asylum-seekers and stem further migrant waves.

Turkish officials announced in March that they would no longer try to stop migrants from reaching Europe. Since then, thousands of refugees and asylum-seekers have flocked to the Turkish province of Edirne along the border with Greece and Bulgaria to make their way into Europe.

The refugee crisis has been the main topic of discussion between Turkey and the EU after Ankara decided to stop holding back migrants moving into Europe as it already hosts over 3.5 million of them.

Meanwhile, Maltese Prime Minister Robert Abela insisted on having an automatic system for the distribution of migrants within the European Union. In a meeting with the High Representative of the European Commission Josep Borrell on Tuesday, Abela said recent agreements fall short of providing a permanent mechanism for migrants and refugees in Europe.

“It is not just our problem but a European problem. I insist on the point of having a mechanism of relocation that would kick in automatically. Today, we do not have such a concrete mechanism,” Abela said.

He continued by saying that Malta expects solidarity from other countries in the bloc.