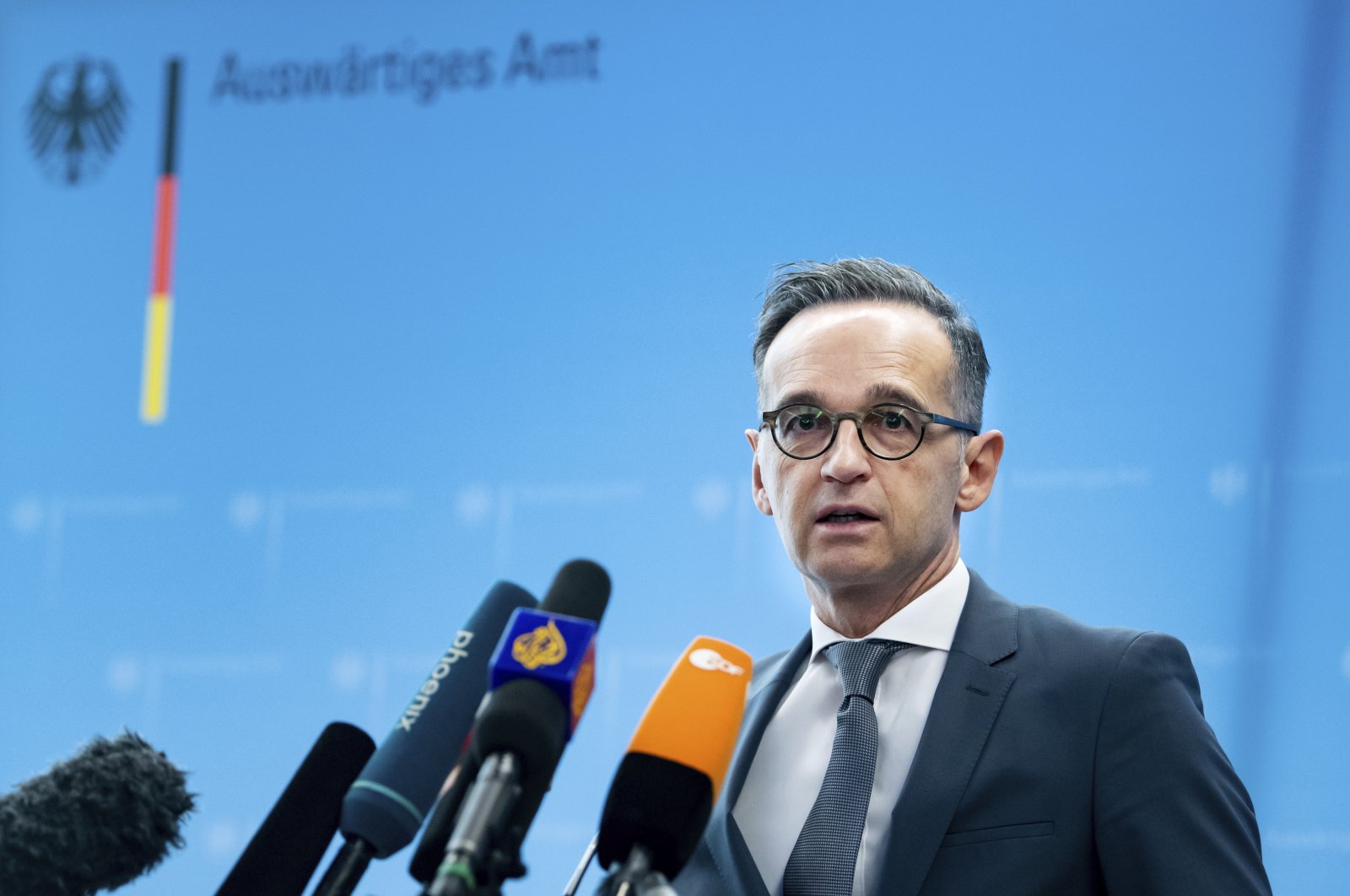 German Foreign Minister Heiko Maas briefs the media during a news conference on current developments in the worldwide spread of the coronavirus at the foreign ministry in Berlin, Germany, March 17, 2020. (AP Photo)
by daily sabah Mar 24, 2020 9:33 am
Edited By Nurbanu Tanrıkulu Kızıl
RECOMMENDED

Turkey should not be left alone in dealing with the influx of people displaced as a result of the ongoing crisis in northwestern Syria’s Idlib province, German Foreign Minister Heiko Maas said Monday.

Following a teleconference with his EU counterparts, Maas told reporters that Turkey is already carrying the burden of over 4 million Syrians, as he noted that both sides should abide by the terms of the 2016 migrant deal.

“We acknowledge that Turkey cannot be left alone with the influx of refugees mainly from Syria,” Maas said, adding that they are ready to provide assistance and aim to overcome disagreements in the upcoming weeks.

The German foreign minister also noted that the meetings between Turkish and EU officials, including High Representative of the EU for Foreign Affairs and Security Policy and Vice President of EU Commission Josep Borrell, were a step in the right direction.

The EU foreign ministers’ meeting also focused on the ongoing Idlib crisis, as they agreed to make use of the cease-fire to deliver humanitarian aid to the war-torn province.

In exchange for these promises, Turkey took responsibility for discouraging migration through the Aegean Sea by taking stricter measures against human traffickers and improving the conditions of Syrian refugees living in Turkey. Despite significant developments controlling migration traffic, the EU has not deliver on its commitments stated in the deal.

Although the first stage of funding was provided to Turkey, the EU has yet to fulfill the second stage or other provisions such as establishing the visa-free deal for Turkish citizens and updating the customs union. Turkey currently hosts some 3.6 million Syrian refugees, more than any other country in the world, and spent $40 billion through the process, according to official figures.

The latest humanitarian crisis in northwestern Syria's Idlib, caused by Bashar Assad's attacks on civilian-populated areas, has forced nearly 1 million people to move near the Turkish border for refuge. In addition, 34 Turkish soldiers were killed by forces of Assad's regime. The Turkish soldiers were working to protect local civilians under a 2018 deal with Russia, under which acts of aggression are prohibited in the region.

In response to the lack of humanitarian and financial aid from the international community and the attack on Turkish soldiers, President Recep Tayyip Erdoğan began allowing refugees to migrate toward Europe through land borders. Since then, thousands of migrants and asylum seekers have flocked to the Turkish province of Edirne along the border with Greece and Bulgaria to make their way into Europe.