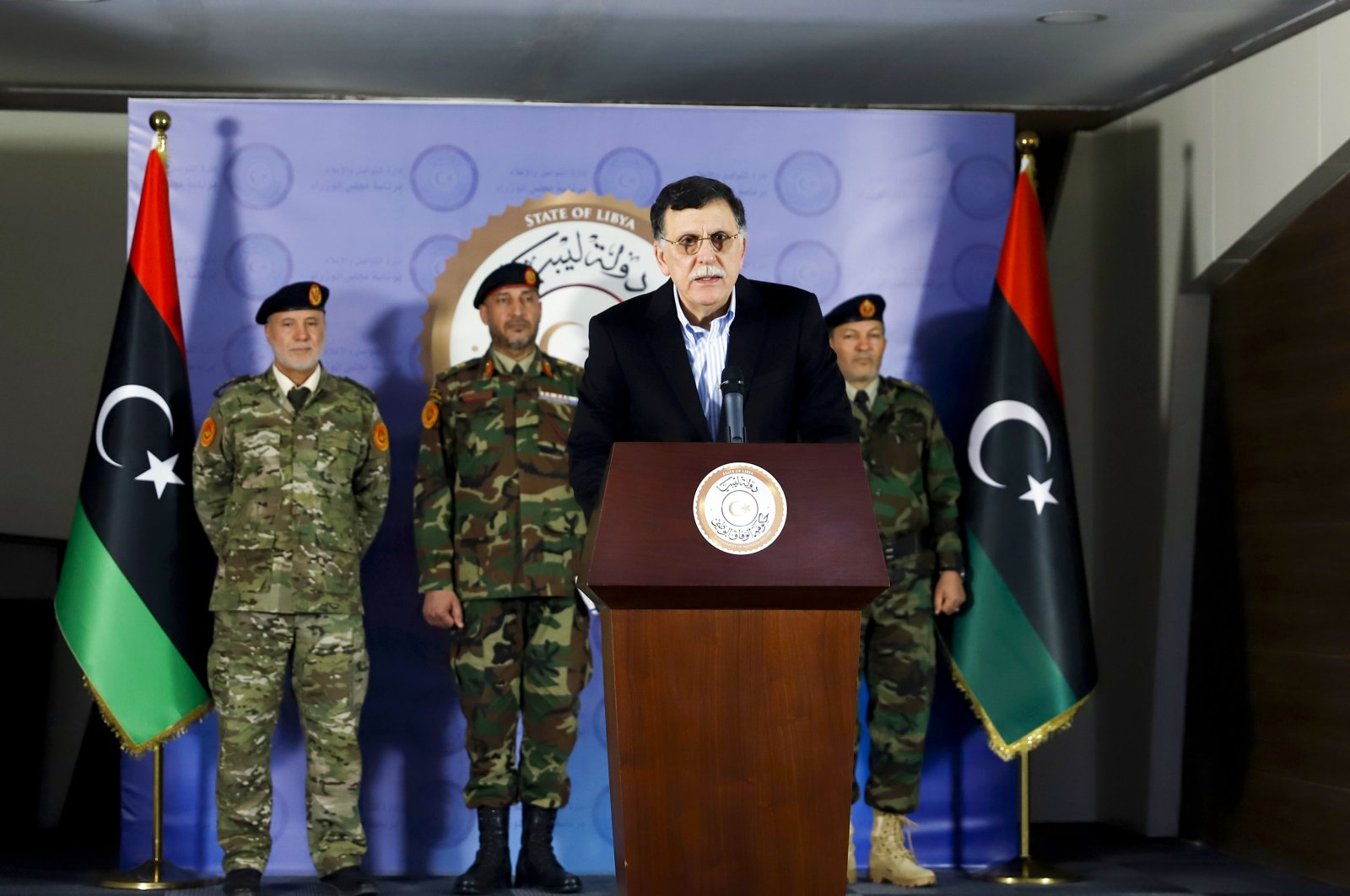 Fayez al-Sarraj, Prime Minister of Libya's U.N.-recognized Government of National Accord (GNA), speaks during a press conference in the capital Tripoli on April 13, 2020. (AFP Photo)
by DAILY SABAH WITH AA Apr 18, 2020 5:21 pm
RECOMMENDED

The United Nations-backed Government of National Accord (GNA) in Libya restarted water delivery Saturday for residents in the capital Tripoli, which was cut earlier this month by militias loyal to putschist Gen. Khalifa Haftar.

A water authority of the GNA announced on social media that the water will be gradually given to the capital and its outskirts, and will reach all regions within a few hours.

Earlier this month, Tripoli’s water supply was cut off following an armed attack on the country’s water sources in the southwest. The network was disrupted by members of an armed group in Shwerif, a region 350 kilometers (220 miles) southeast of Tripoli under control of forces loyal to eastern-based militia leader Haftar.

After the incident, the U.N. humanitarian coordinator for the country, Yacoub El Hillo, condemned the use of water as a "weapon of war" by Haftar forces last week.

"More than 2 million people, including 600,000 children, who live in Tripoli and surrounding towns and cities, are suffering from water cuts for almost a week now," El Hillo said in a statement.

According to the U.N., the humanitarian situation has deteriorated to levels never previously witnessed in Libya. Between April 1, 2019, and March 31, 2020, the U.N. Support Mission in Libya (UNSMIL) documented at least 685 civilian casualties (356 deaths and 329 people injured). Around 149,000 people in and around Tripoli have been forced to flee their homes since the beginning of Haftar’s offensive in April 2019, and nearly 345,000 civilians remain in frontline areas with an additional 749,000 people estimated to live in areas affected by the clashes. It is estimated that around 893,000 people need humanitarian assistance.