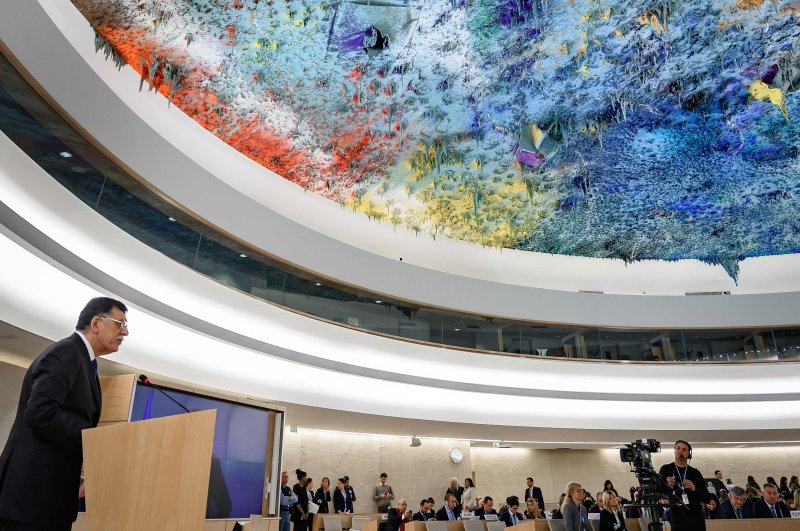 The internationally recognized Government of National Accord (GNA) reiterated to the United Nations Monday the need for a ground, air and sea arms embargo to help counter putschist Gen. Khalifa Haftar’s constant attacks on the capital Tripoli.

According to the written statement from the prime minister’s office, Libyan Prime Minister Fayez al-Sarraj underlined that the arms embargo should not be limited to the sea but that it must also include aerial and ground limitations.

Al-Sarraj and U.N. Secretary-General Antonio Guterres came together in Geneva to hold talks about the reinforcement of the Berlin conference results, ending hostilities, the protection of civilians and the arms embargo.

Al-Sarraj, who stressed not only the suffering of the Libyan people but also the targeting of foreigners, schools and hospitals in random attacks, said: “Those responsible for all of this are the attackers. Those supporting these attackers and giving them arms aid have to be held accountable.”

Following the U.N.-sponsored peace talks last week, the two parties agreed to present the draft agreement to their respective leadership for further consultations and to meet again next month to resume the discussions and complete the preparation of the Terms of Reference of the subcommittees in charge of the implementation of the agreement.

The U.N. also renewed its call for both parties to fully abide by the current truce and for the protection of the civilian population, properties and vital infrastructure.

On Tuesday, a joint military commission representing the GNA and Haftar's forces had started a second round of talks in Geneva.

But the GNA pulled out on Wednesday following repeated cease-fire violations by Haftar's forces, including an attack on Tripoli's port that killed three civilians and injured five others.

The 10-member joint military commission, made of up five representatives from each side, was formed after last month's Berlin conference and was tasked with finding ways to ensure a permanent cease-fire.

There are three tracks determined in the application of the Berlin conference's conclusions reached on Jan. 19. The first one was the military track, which brought together five senior military officers from Haftar's so-called Libyan National Army and five representatives aligned with the internationally recognized GNA. The second track, which is the economic and financial track, was held in Cairo, while the third political track will start on Feb. 26.

Since the ousting of late ruler Moammar Gadhafi in 2011, two seats of power have emerged in Libya: Haftar in eastern Libya supported mainly by Egypt and the UAE, and the GNA in Tripoli, which enjoys U.N. and international recognition.

Five civilians, including three children, were injured in a mortar attack by forces loyal to eastern Libya-based warlord Haftar on Tripoli, according to the Libyan government.

The casualties occurred when a shell struck Abu Salim neighborhood in the capital late Monday, the media center of the government's "Operation Volcano of Rage" said in a statement.