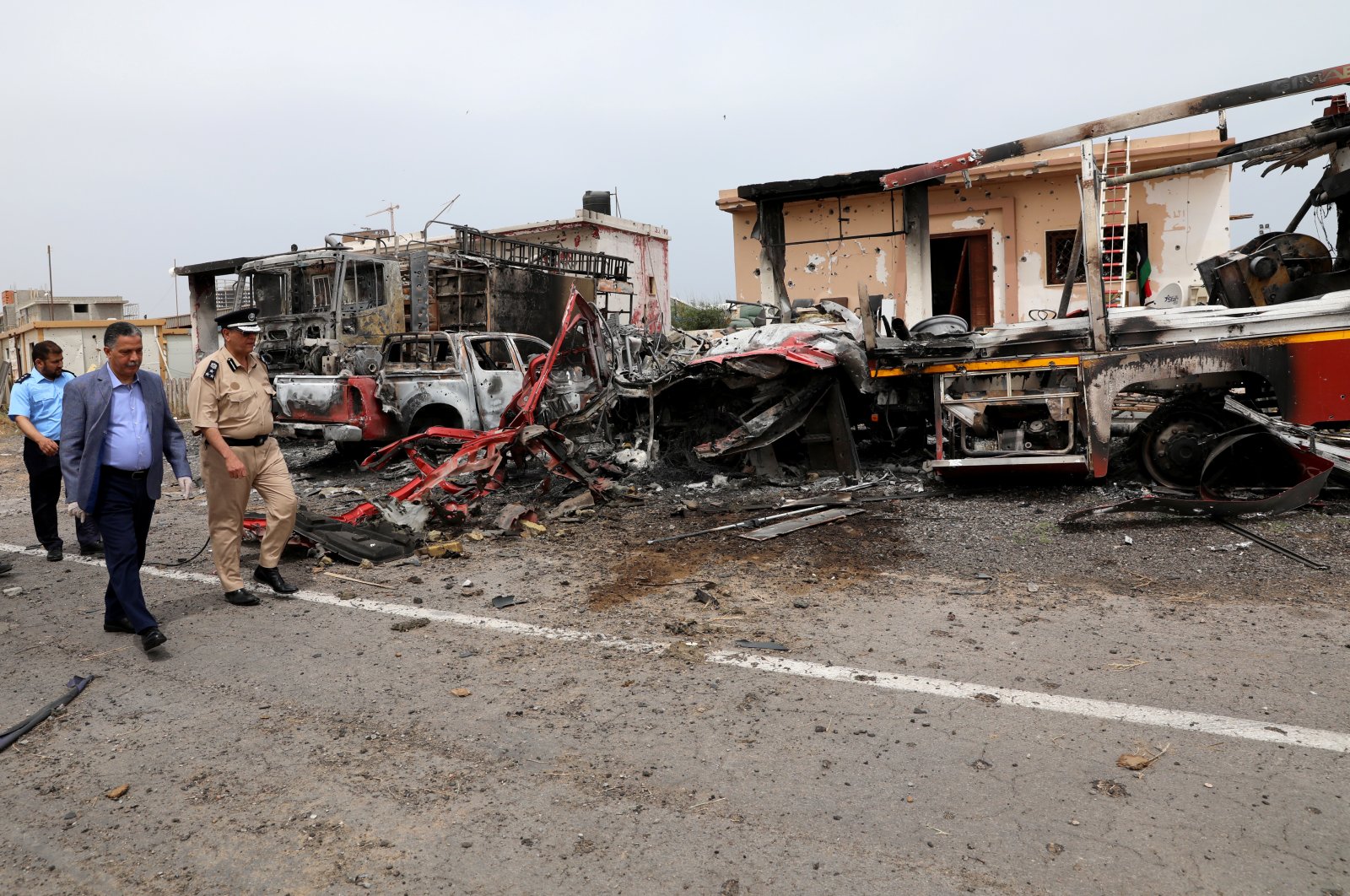 Libyan transport minister Milad Matouq walks as he inspects damages at Tripoli's Mitiga airport after it was hit by shelling in Tripoli, Libya May 10, 2020. (REUTERS Photo)
by Anadolu Agency May 13, 2020 11:48 am
RECOMMENDED

Libya's legitimate United Nations-backed Government of National Accord (GNA) on Tuesday urged the U.N. Security Council to take a stand against rocket attacks by putschist Gen. Khalifa Haftar's forces that struck dangerously close to the Turkish and Italian foreign missions in Tripoli.

In a letter by Libyan Foreign Minister Mohamed Taha Siala to the Security Council, he pointed out that the attacks by Haftar's militias violated the Vienna Convention, so the U.N. should take action in line with its historical responsibility to promote peace and stability.

Last week, Haftar's forces carried out rocket attacks on Mitiga International Airport and Tripoli Harbor with some striking near the settlements of the Turkish and Italian foreign missions.

This May, Haftar's forces killed more than 20 civilians with hundreds of rocket attacks in various areas of the capital Tripoli.

Haftar, the leader of the illegal armed forces in eastern Libya, intensified attacks on civilians as the Libyan army recently gained the advantage and inflicted severe losses on his militants.

Libya's legitimate government has been under attack by Haftar's forces since April 2019, with more than 1,000 killed in the violence. It launched Operation Peace Storm on March 26 to counter attacks on the capital.

Following the ousting of late ruler Moammar Gadhafi in 2011, Libya's GNA was founded in 2015 under a U.N.-led political agreement.