Greece divided over migrant crisis as thousands wait at border 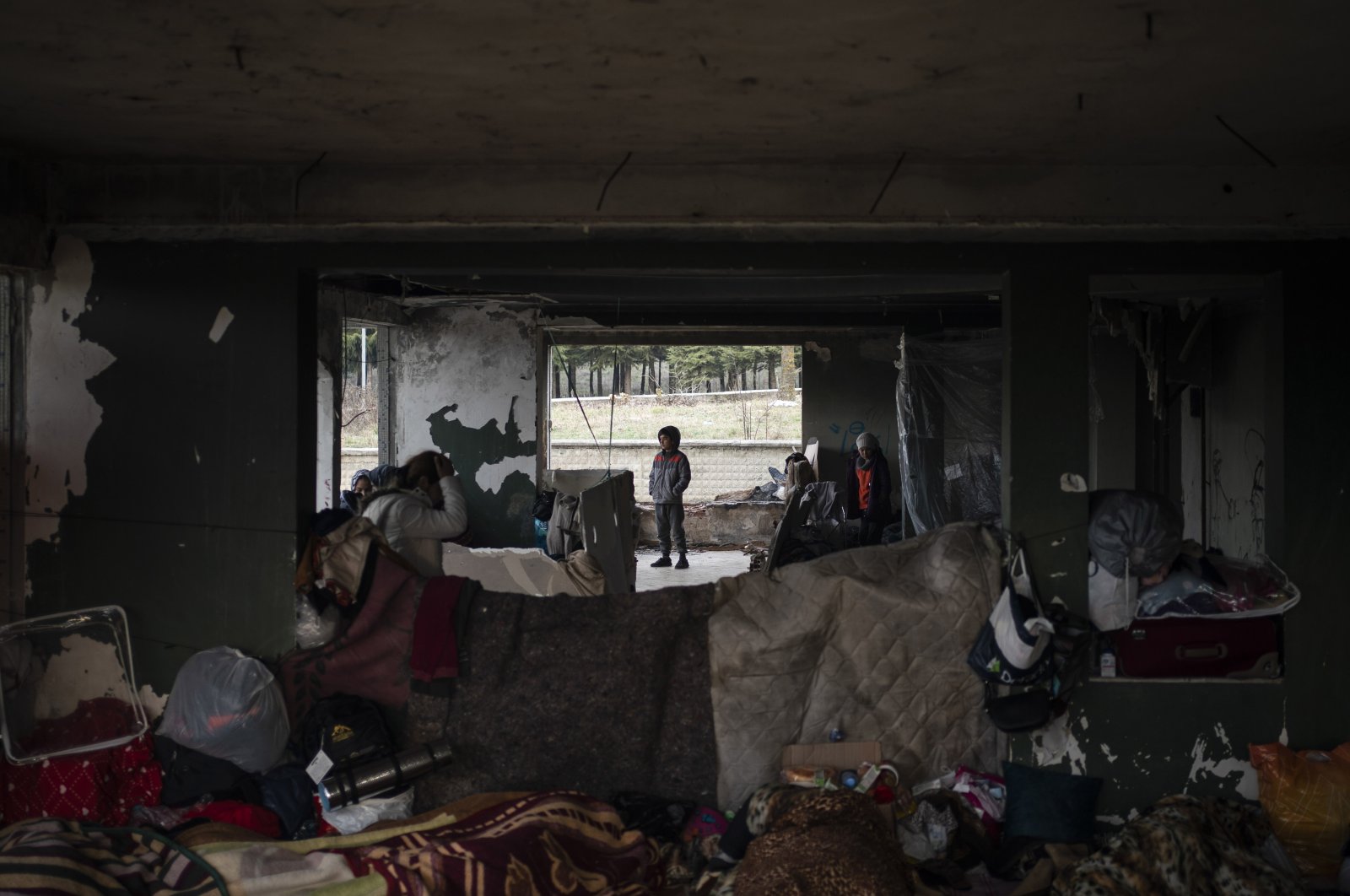 Greece remains divided over the status of thousands of migrants at its door, seeking to halt the influx with violence and intimidation

A solidarity march was held in the Greek capital of Athens late Thursday for migrants and refugees waiting to cross into Europe at the Turkish-Greek border in Edirne, while others risk their lives trying to reach Greek islands with flimsy, rubber boats.

Thousands of protesters gathered in front of the University of Athens in the city center and shouted slogans criticizing the European Union's refugee policy. They walked to the parliament building in Syntagma Square. During the march, they held banners saying, "Greeks and foreigners can work together" and "Death to fascism" vis-a-vis the brutal treatment of Greek security forces toward desperate migrants in search of a better life.

Greek authorities used tear gas and water cannons to repulse an attempt by migrants to push through the border from Turkey Friday morning.

Thousands of refugees and other migrants have been trying to get into Greece through the country’s eastern land and sea borders over the past week after Turkey declared its previously guarded borders with Europe were open. According to the statement of the Interior Ministry on Friday, the number of refugees that crossed over the Turkish border heading toward Greece had reached 142,175.

Many have been camping out near the border on the Turkish side, hoping to cross despite Greek insistence that its border is closed. Reporters were being kept away from the border area on the Turkish side but saw at least one bus full of people leaving the area Friday morning. It was unclear where the bus was headed.

Turkish Foreign Minister Mevlüt Çavuşoğlu on Thursday slammed his Greek counterpart Nikos Dendias's remarks on refugees, writing on Twitter: "@NikosDendias do you think it is acceptable to throw tear gas bombs at innocent refugees? Is it acceptable to shoot and kill them? Instead of spreading fake news about us #Greece should treat refugees as human beings, just like #Turkey. #GreeceAttacksRefugees.”

Ferry services between northwestern Turkey's Ayvalık and the Greek island of Lesbos have been suspended at the request of Greek authorities, said officials with the Turkish ferry service companies.

"Yes, the Greek side demanded so," one of the officials said. "We are not sure when the ferry services will operate again but for now they are out of service.”

This development comes after Greek authorities ramped up measures to block travel to the island and block journalists from filming migrants surging toward the Turkish-Greek border.

Turkey's decision to open the border came after 34 Turkish soldiers were killed last week by forces of the Bashar Assad regime in Idlib, northwestern Syria. The Turkish soldiers were stationed there to protect local civilians under a 2018 deal with Russia in which acts of aggression are prohibited in the region.

Greece's response to migrants and asylum seekers trying to enter the country without prior authorization has been harsh, with at least two killed by Greek security forces and many others battered and teargassed.

Upon this development, the U.N. voiced that Greece's suspension of asylum applications has no legal basis under international law.

The Human Rights Watch on Wednesday urged Greece and the EU to respect human rights in its response to Turkey’s new policy of not stopping migrants and asylum seekers trying to leave for Greece.

“The EU’s response should provide for shared responsibility, uphold the right to seek asylum and guarantee humane and dignified treatment to all migrants,” the watchdog added in the statement. “On March 1, 2020, Greece’s Governmental National Security Council decided to effectively suspend access to the asylum system for a month for people who crossed the border irregularly, a measure for which there is no legal basis or justification,” the Watch added in the statement published on its website.

Meanwhile, German journalist Michael Trammer was attacked on Lesbos by islanders. "My cameras were thrown in the water. I was beaten and kicked heavily. This lasted a while. No police on site, also as I left. Some locals that disagreed with what the attackers did took care of me," Trammer wrote on Twitter, sharing photos and videos from before and after the attack.

As a country that shares maritime and land borders with Bulgaria and Greece, Turkey has been a key transit point for migrants crossing into Europe, without required documents, to start new lives. Either fleeing poverty or prevailing conflicts, thousands arrive in Turkey every year to take their chance at crossing into Europe.

Migrants often take the Aegean, Mediterranean and Black Sea routes to access European countries. The Aegean is the most popular as it is dotted with Greek islands in close proximity to Turkish shores. Before traveingl to Turkey's Aegean shores, migrants typically enter Turkey from the country's southern or eastern borders.