Greece recalls ambassador from Baku due to terrorist allegations 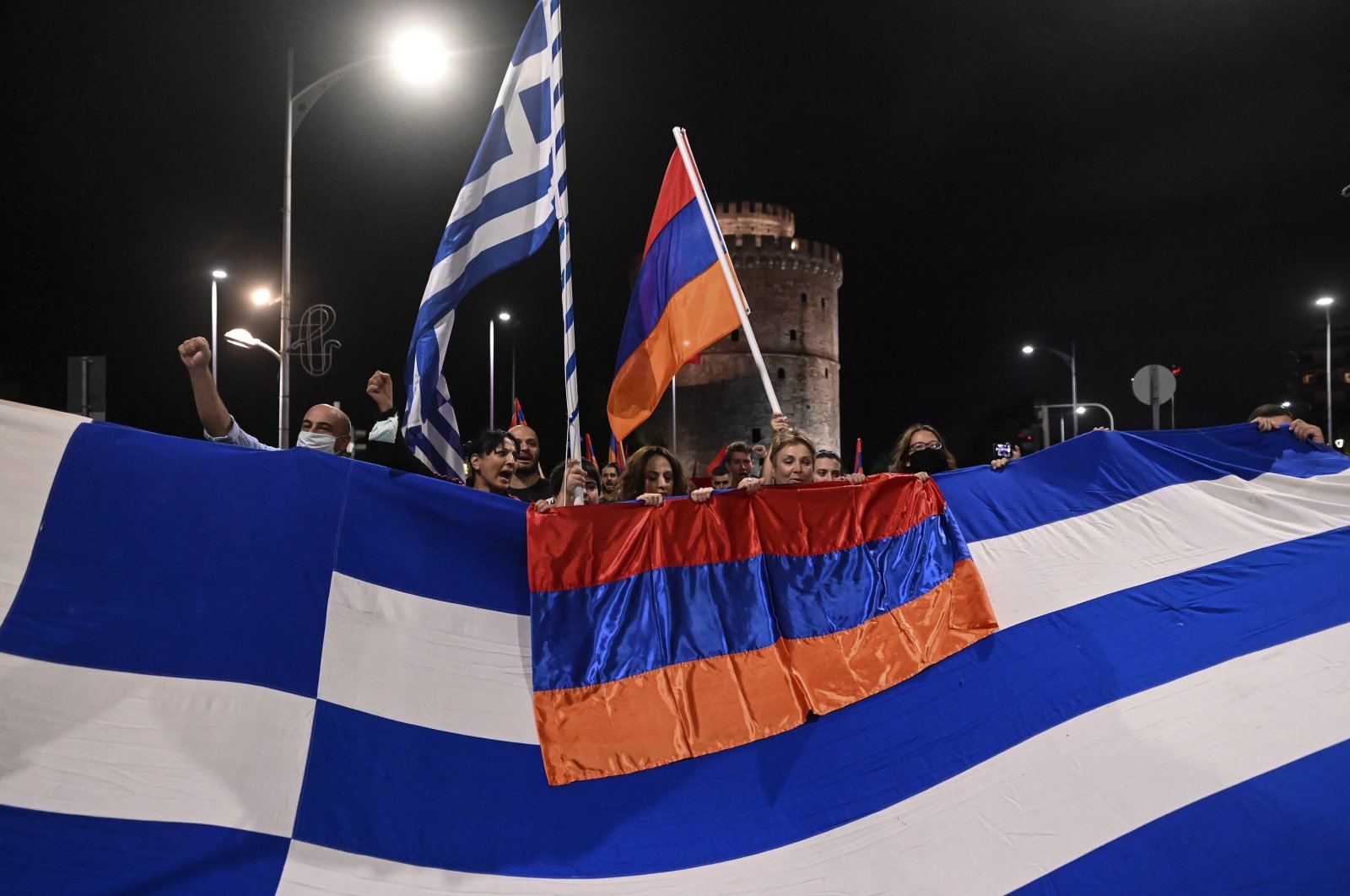 Pro-Armenian protesters stand behind a Greek and an Armenian flag during a demonstration in support of Armenia, in the northern city of Thessaloniki, Greece, Oct. 3, 2020. (AP Photo)
by Daily Sabah with Reuters Oct 07, 2020 4:00 pm

Greece has recalled its envoy to Azerbaijan because of "unfounded offensive" remarks by the government in Baku alleging that Greece was lending aid to groups that seek to attack Azerbaijan, Athens said Wednesday.

Earlier, Baku accused Greece of allowing the training and recruitment of volunteers to commit terrorist and cyber attacks against Azerbaijan on its soil.