Greece to close overcrowded migrant camp on Samos by year-end 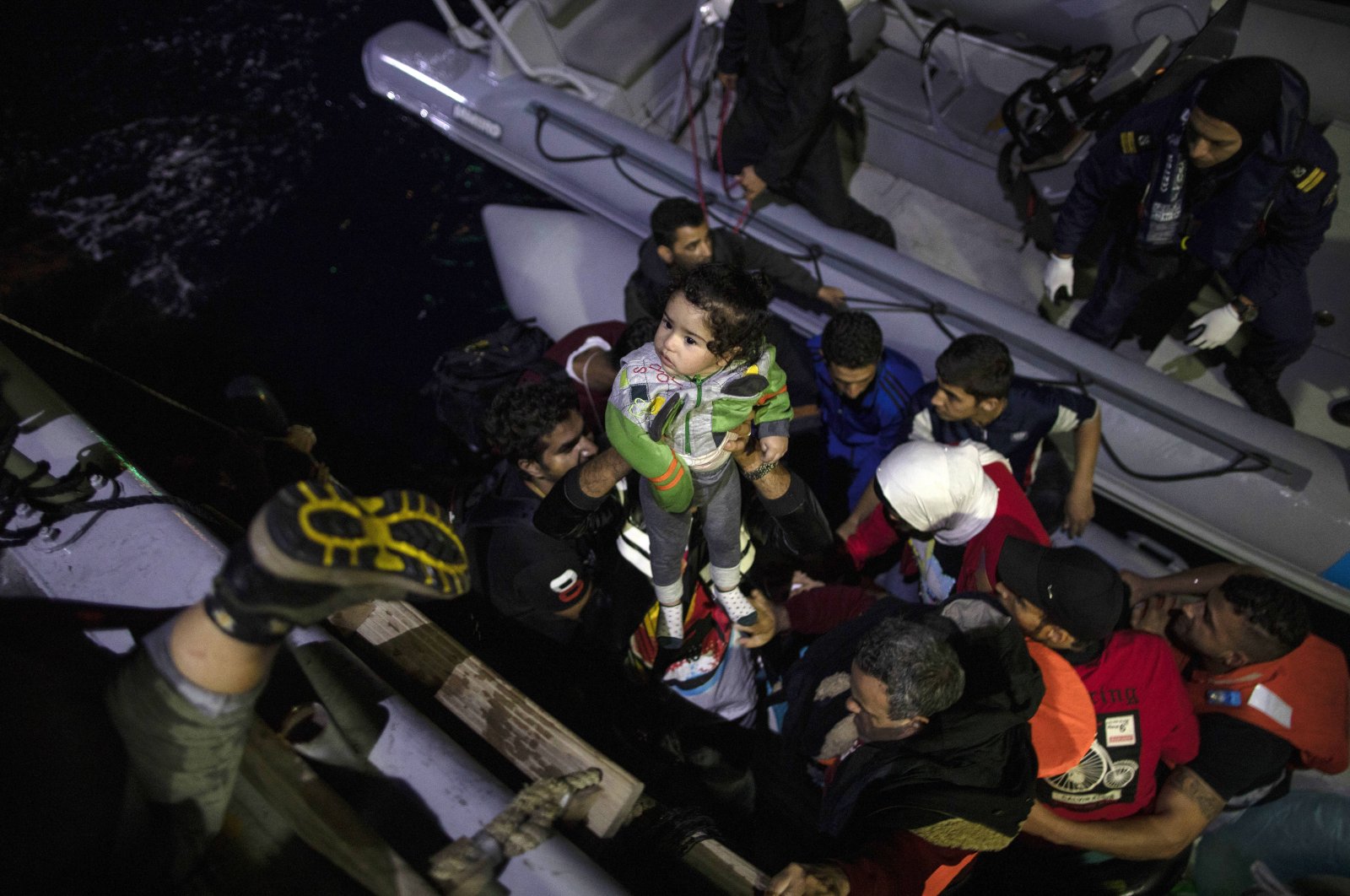 Refugees and migrants board a coast guard ship during a rescue operation, Sept. 26, 2019, near the Greek island of Samos. (AP Photo)
by Daily Sabah with DPA Apr 28, 2020 2:36 pm
Edited By Dilara Aslan
RECOMMENDED

Greece plans to close the overcrowded camp for asylum-seekers and migrants on the Aegean island of Samos by the end of the year, a government minister said Tuesday.

"The situation on Samos is very difficult. It will be closed," migration minister Notis Mitarakis told the state broadcaster ERT after visiting the camp, located on a hill above the town of Vathy.

A new facility is being constructed about 7 kilometers (4 miles) away, still on the island.

Greece’s announcement came a day after two fires destroyed dozens of tents, huts and container homes over the previous two days. The authorities suspect the camp was set on fire intentionally and police have detained 22 migrants. The suspects face criminal charges for arson. Local observers speculate that the fires were intended to force the Greek government into relocating the migrant population to the mainland.

It is also possible that the torching of the already miserable accommodation was a part of a conflict between Afghan and African migrants, reports said, quoting aid workers on the island.

Camp Vathy is hopelessly overcrowded, with some 6,800 people living in and around it, a population around 10 times higher than it was built to house.

The situation is similar on other Aegean islands with big reception camps, such as Lesbos, Kos, Leros and Chios. Migrants being kept in the overcrowded island camps are increasingly desperate over their condition amid the sluggish processing of asylum applications and are eager to move out. Violence, either among migrants or directed at authorities, has flared up.

Migrant camps in Greece have been under quarantine in recent weeks, with authorities trying to keep residents apart from locals. Inhumane conditions in Greece’s refugee camps have been another point of heavy criticism. Tens of thousands of asylum-seekers live in dire conditions in Greek camps. The conditions have worsened recently due to outbreaks of coronavirus.

The worst congestion occurs in camps on five Aegean islands near Turkey where more than 36,000 people are staying in an area fit to house fewer than 6,100.

The European Union said on March 13 that a group of member countries had agreed to take at least 1,600 children who reached Greece without their parents. Restrictions that EU member nations adopted to slow the spread of the coronavirus, however, complicated efforts to start putting the deal into effect.