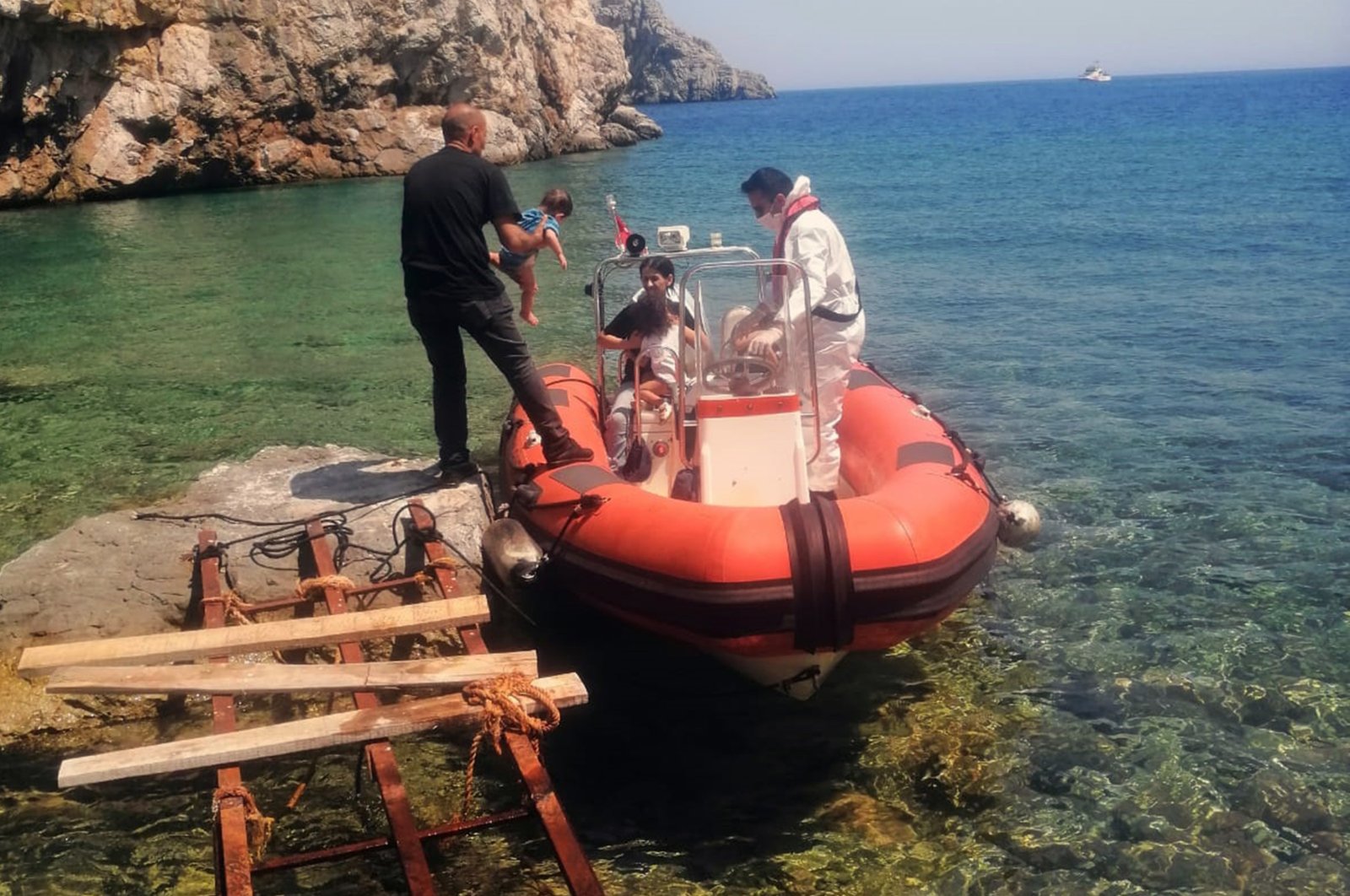 Greek authorities have been violently pushing asylum-seekers and migrants aiming to reach its territory back into Turkey, often destroying their belongings, the Human Rights Watch (HRW) said Thursday.

After reviewing nine cases, the watchdog said that at the time of COVID-19 lockdown, authorities had taken no precautions to stem the spread of the virus among migrants in custody.

Information on several cases of abuse was collected from hundreds of people pushed back from Greece to Turkey by either Greek authorities or unidentified masked men.

The watchdog said that this act was in violation of Article 4 of the European Convention on Human Rights prohibiting collective expulsion,.

Eva Cosse, a researcher at the HRW, said: "Instead of protecting the most vulnerable people in this time of global crisis, Greek authorities have targeted them in total breach of the right to seek asylum and in disregard for their health."

The rights group interviewed 13 victims who gave their account on the violence conducted by Greek authorities or unidentified men in March and April.

Six of those, including a 15-year-old unaccompanied girl from Syria, gave their account on the incidents, describing how they were pushed back to Turkey in coordinated attempts.

Once they arrived at the Greek islands, they were picked up, placed on large Coast Guard boats, and then forced into smaller inflatable rescue rafts with no motor and cast adrift near Turkish territorial waters, the report noted.

The same allegations were also received by the International Organization for Migration (IOM), the HRW said, quoting an IOM report of June 10.

Two days later, the U.N. High Commissioner for Refugees (UNHCR) urged Greece to investigate the incidents. The HRW said it had sent a letter to the Greek police and coast guard yet received no response.

The watchdog urged Greek judicial authorities and the Greek parliament to investigate reports that the lives of migrants had been put at risk, adding that the officers involved should be subject to disciplinary sanctions. It also sought an investigation as to whether the acts constituted de facto government policy.

"Greece has an obligation to treat everyone humanely and not to return refugees and asylum seekers to persecution, or anyone to the real risk of inhumane and degrading treatment or worse," Cosse said in the HRW report.

European Commissioner for Home Affairs Ylva Johansson said these incidents should be investigated and a new system to monitor and verify reports of pushbacks should be considered to verify the rising number of reports of abuse at the borders.

Most recently, the Turkish Coast Guard Command Thursday rescued 45 migrants, including those who had been pushed back by Greek coastal authorities into Turkish waters off the Aegean coast, according to security sources. Assistance was dispatched to the area after the migrants asked for rescue in the Marmaris district of Muğla.

Thirty-seven people, including women and children, were brought to the shore on the coast guard boat. They were later transferred to the provincial migration office.

Separately, coast guards rescued eight more migrants who sought help in Marmaris, according to security sources. One of the survivors later succumbed to his injuries.