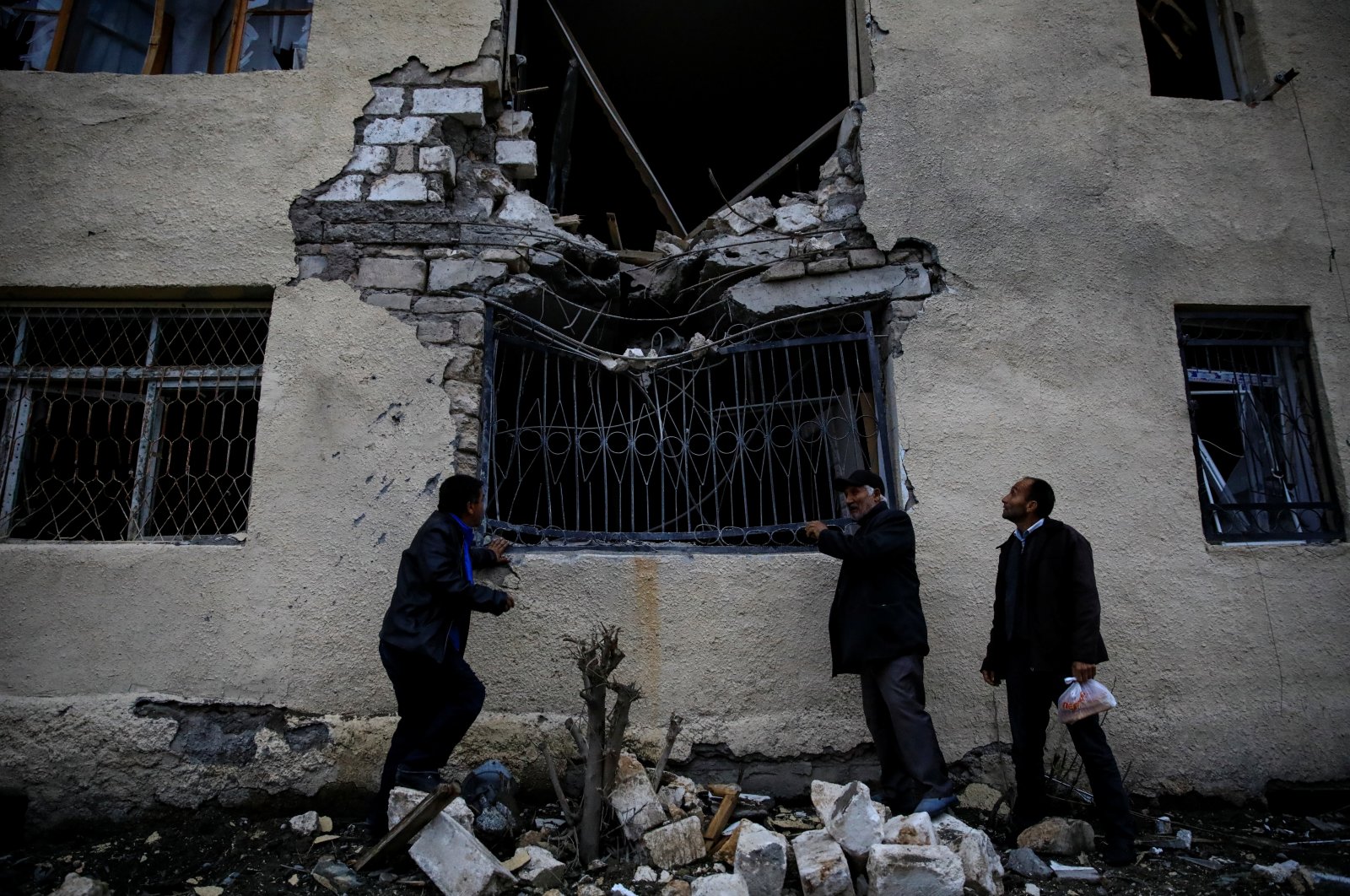 Local residents stand in front of their damaged home hit by artillery fire during the fighting over Nagorno-Karabakh in the city of Terter, Azerbaijan, Oct. 6, 2020. (REUTERS Photo)
by DAILY SABAH Oct 07, 2020 11:46 am
RECOMMENDED

After receiving support from the PKK terrorist organization, Armenia now has also received backing from the Greek Cypriot administration in its ongoing clashes with Azerbaijan, Hürriyet daily wrote Wednesday.

Greek Cypriot Maj. Gen. Apostolos Pervolarakis has been training Armenian militias and PKK terrorists as well as a group of mercenaries coming from various countries for a month.

It stated that the group that finished its training was sent to Nagorno-Karabakh through Armenia and that Pervolarakis played a role in the transfer and management of the group.

According to security sources speaking to Anadolu Agency (AA), Armenia made an agreement with the PKK at the end of July ahead of the attacks on Azerbaijani civilian settlements.

Within the scope of the agreement, around 300 YPG/PKK elements were transferred to Armenia and Nagorno-Karabakh, where the terrorists also trained Armenian militias in Nagorno-Karabakh.

Azerbaijan's envoy to Turkey, Khazar Ibrahim, last Monday similarly told AA that Armenia brought terrorist groups including the PKK and the so-called Armenian Secret Army for the Liberation of Armenia (ASALA), to the Nagorno-Karabakh region and provided them with weapons.