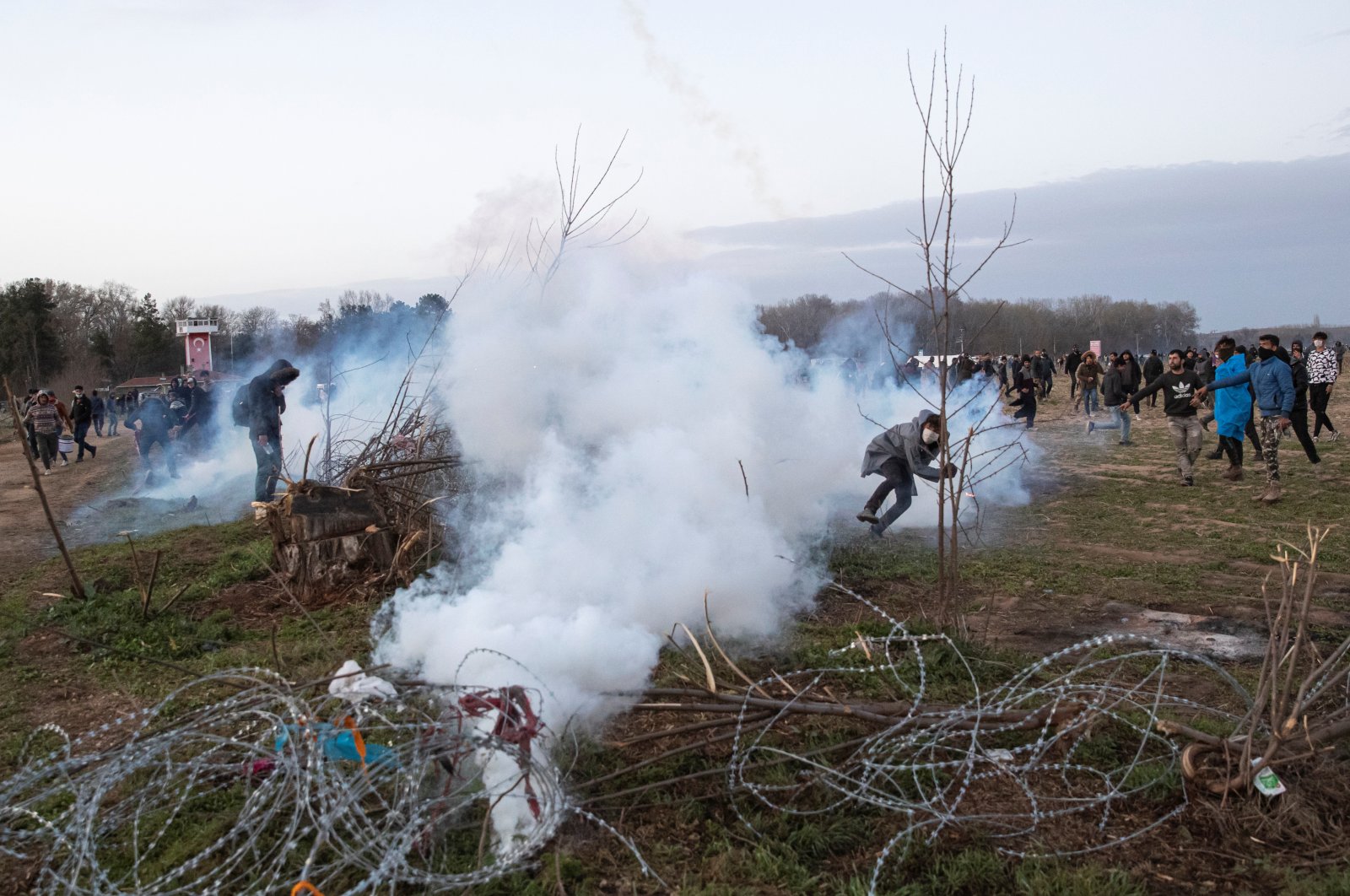 A migrant throws back a tear gas canister as they clash with Greek riot police on the Turkish-Greek border near Turkey's Pazarkule border crossing with Greece's Kastanies, March 7. REUTERS
by DAILY SABAH Mar 09, 2020 3:08 pm

Crippled by an influx of refugees following Turkey's decision to open its border to migrants heading into Europe, the Greek government has recruited police forces from Greek Cyprus, a territory protected by Athens.

In a statement on his Twitter page, Greek Cypriot leader Nicos Anastasiades said that an anti-demonstration team left from the island to assist in guard duties in Greece's Evros region, which borders Turkey's northwestern Edirne province.

According to Greek Cypriot media, the team, consisting of 21 police personnel, were deployed to Evros in a private jet. The decision came following Anastasiades’ phone call with Greek Prime Minister Kyriakos Mitsotakis.

Turkey, Greece and the U.K. are guarantor powers on the island, which was divided into two parts in 1974, following a coup for Cyprus' annexation by Greece.

Thousands of refugees and other migrants have been trying to get into Greece through the country’s eastern land and sea borders in the past two weeks after Turkey declared its previously guarded borders with Europe were open, citing the European Union’s failed promises in the 2016 migrant deal between Ankara and Brussels. The Turkish Interior Ministry said in a statement that about 150,000 migrants have crossed the Turkish border heading toward Greece.