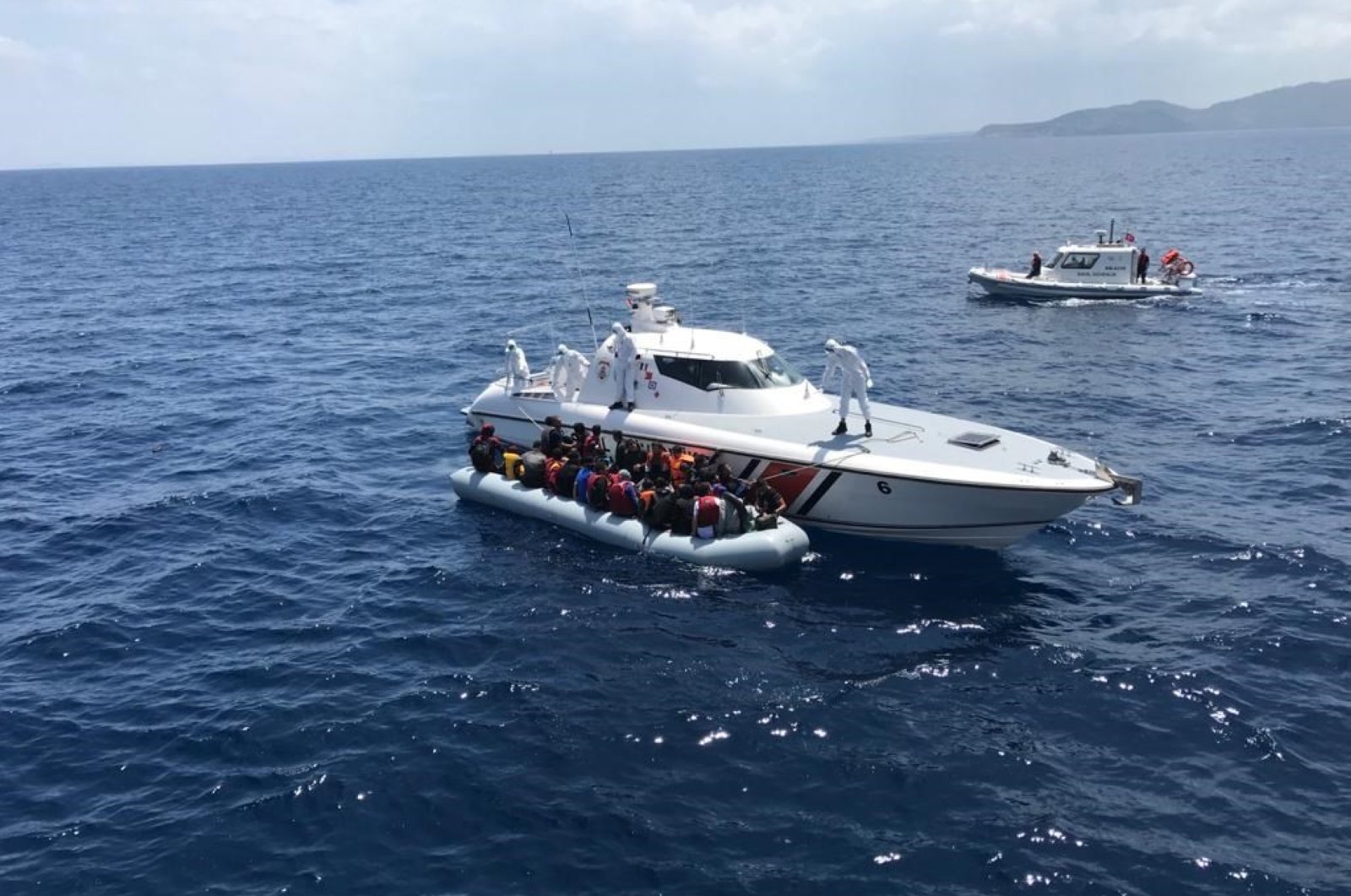 Turkey's Coast Guard Command has rescued hundreds of migrants and asylum-seekers off the Aegean coast after they were forced by Greece into Turkish territorial waters. (AA Photo)
by DAILY SABAH WITH AGENCIES Jun 10, 2020 4:19 pm
RECOMMENDED

Masked gangs in an organized effort intercept migrant boats in the Aegean Sea and terrify migrants to stop them from reaching Greece by forcing them back to Turkish territorial waters, The Times reported Tuesday.

In footage seen by the British media outlet, two men wearing masks were seen boarding a boat packed with men, women and children. Passengers were seen screaming as the men removed the outboard motor and left the disabled rubber dinghy to drift.

In a separate clip, Greek coast guard vessels were seen creating waves to push the dinghy back into Turkish territorial waters. Some passengers jumped out and started swimming alongside the boat, trying to pull it back toward Greek waters.

Turkey and Greece have been key transit points for asylum-seekers, refugees and migrants seeking to cross into Europe to start new lives, especially those fleeing war and persecution. Turkey earlier this year opened its gates for irregular migrants wanting to cross to Europe, accusing the European Union of failing to keep its promises under a 2016 migrant deal.

So far this year, Turkey's Coast Guard Command has rescued hundreds of migrants and asylum-seekers off the Aegean coast after they were forced by Greece into Turkish territorial waters. Turkish officials have also said the Greek coast guard had attempted to sink boats carrying migrants and refugees toward the Greek islands, opening fire and hitting people on board with long sticks.