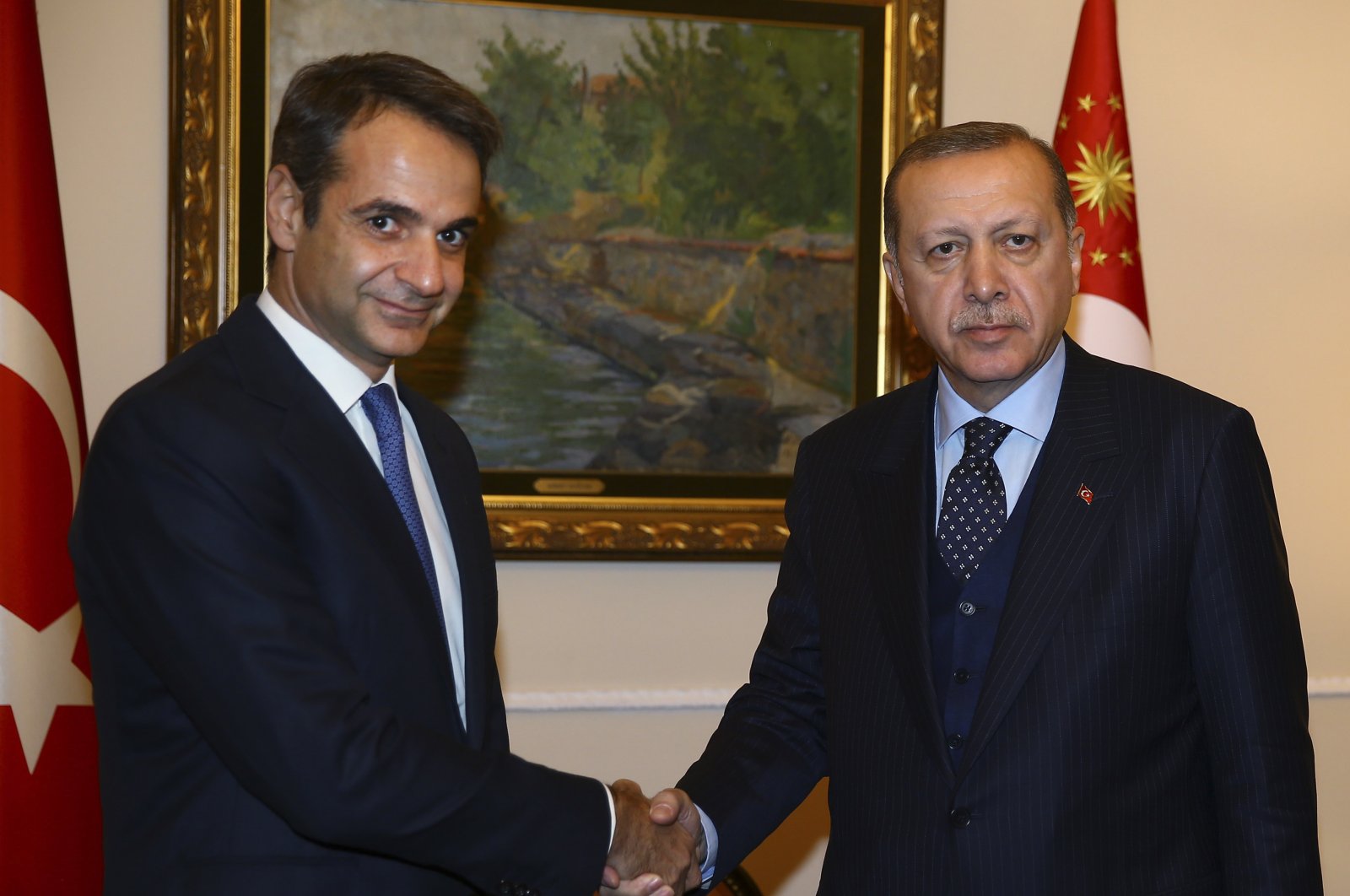 Mitsotakis also said Greece was not one of the European Union members who insisted on keeping Turkey off a list of safe countries in an unwinding of the COVID-19 travel restrictions. The EU stance has angered Turkish officials, who argue that the decision to keep Turkey off is political because the situation and precautionary measures in some countries not on the list are not better than Turkey's.

Greece has partially reopened its airports as of July 1 with the easing coronavirus-related restrictions. However, flights and land crossings with Turkey have not yet been reopened for tourists, as tourism representatives demand the government allow tourist arrivals from Turkey, a significant source of tourism revenue for holiday resorts and islands.

"We are neighbors, we have significant differences, but that doesn't mean we shouldn't talk," Mitsotakis told Greece's Skai radio.

Greece and Turkey disagree on a range of issues from overflights in the Aegean Sea to gas reserves in the Eastern Mediterranean. In March, tensions went up a notch when thousands of refugees that Turkey hosts attempted to storm the border between the two countries in an effort to reach the EU, after Ankara said it can no longer bear the migration burden alone.

Mitsotakis and Erdoğan spoke by phone on June 26, the first time that the two had spoken in months. "It's very important that the official channels of communication have been restored ... that now we can pick up the phone at any moment and speak to the other about an issue."

The Greek prime minister, who came to power a year ago, said Greece and Turkey had "very different views" on a range of matters.

"I have described to the Turkish president a resolution mechanism, but it is contingent on Turkey refraining from adding to tensions, something which would render that dialogue impossible," Mitsotakis said.

Greece and Turkey are at odds over various decades-old issues ranging from mineral rights in the Eastern Mediterranean to the ethnically split Cyprus.

The issue of changing the status of Hagia Sophia from a museum into a mosque has also added to the heated debate between the two countries, as Greece opposed the proposal.

"Greece is not the one administrating this land, so it should avoid making such remarks," Erdoğan said. "If Greece does not know its place, Turkey knows how to answer."

Meanwhile, Çavuşoğlu also said Greece should mind its own business rather than interfering in Turkey's domestic affairs. He said the Greek government should not be discussing minority rights and religious freedoms when it consistently violates such principles.

"Greece is one of the last countries to lecture the world on minority rights as it is the only country in Europe without a mosque in its capital and has penalized minority religious authorities in Western Thrace for holding Friday prayers," Çavuşoğlu said. He continued by noting that the Turkish minority in the area cannot even refer to themselves as Turks and the Greek government has been sentenced three times for violating their rights.

Çavuşoğlu said Turkey's top administrative court Council of State would independently make its final decision regarding the matter on July 2. The decision has not yet been announced.

The Hagia Sophia, one of the world's most important historical and cultural heritage sites, was built in the sixth century during the Christian Byzantine Empire and served as the seat of the Greek Orthodox Church. It was converted into an imperial mosque with the Ottoman Conquest of Istanbul in 1453. The structure was converted into a museum during the strictly secular single-party rule in 1935, but there have been discussions about turning it back to a mosque, with public demand to restore it as a place of worship gaining traction on social media.