Greek security forces beat up refugees, strip off their clothes at border 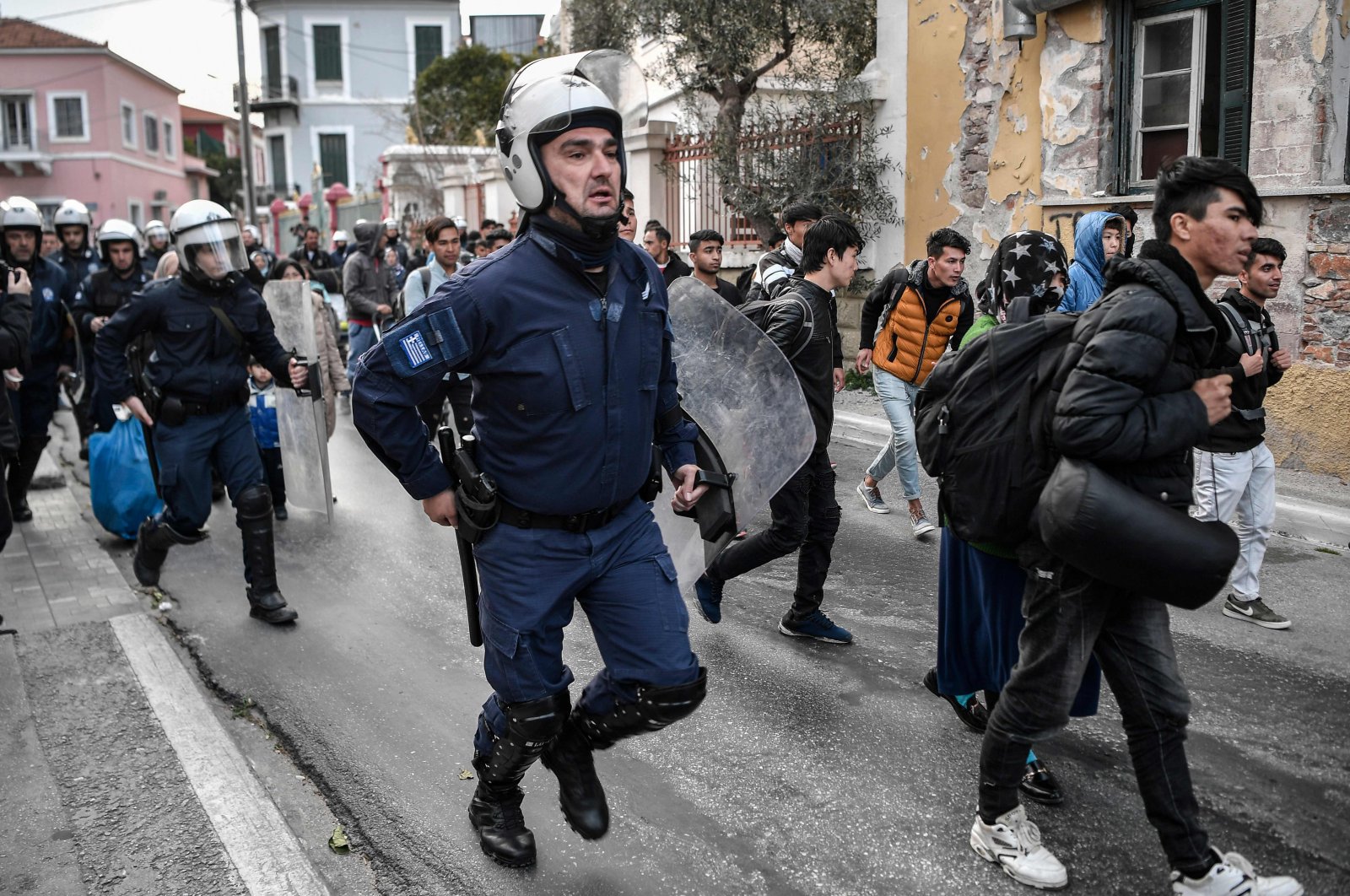 Greek anti-riot police run after migrants and refugees from the Moria camp who gathered outside the port of Mytilene on the island of Lesbos, hoping to get a ferry to Athens, on March 4, 2020. (AFP Photo)
by DAILY SABAH Mar 06, 2020 4:21 pm
Edited By Dilara Aslan
RECOMMENDED

Several migrants and refugees on the Turkish side of the border told reporters they were caught by Greek guards after crossing the Maritsa River, stripped of their phones, documents and clothes, and sent back in their underpants.

Following the reports of this maltreatment, photos emerged showing migrants, almost naked, in front of a fire where their clothes were supposedly burned by Greek security forces.

Similar news and reports of the ill-treatment of migrants by Greece have been circulating since Turkey announced last week it would no longer try to stop asylum seekers from reaching Europe.

Thousands of migrants and asylum seekers have since flocked to Edirne, along the borders with Greece and Bulgaria, to make their way to Europe.

The Greek reaction to refugees has been harsh. At least two refugees were killed and many battered, attacked and teargassed by Greek forces. Greek forces have even tried to sink the rubber boats of refugees trying to cross the Aegean.

Turkey's decision to open the border came after 34 Turkish soldiers were killed by Syrian regime forces in Idlib, northwestern Syria last week. The Turkish soldiers were stationed there to protect local civilians under a 2018 deal with Russia which prohibits acts of aggression in the region.