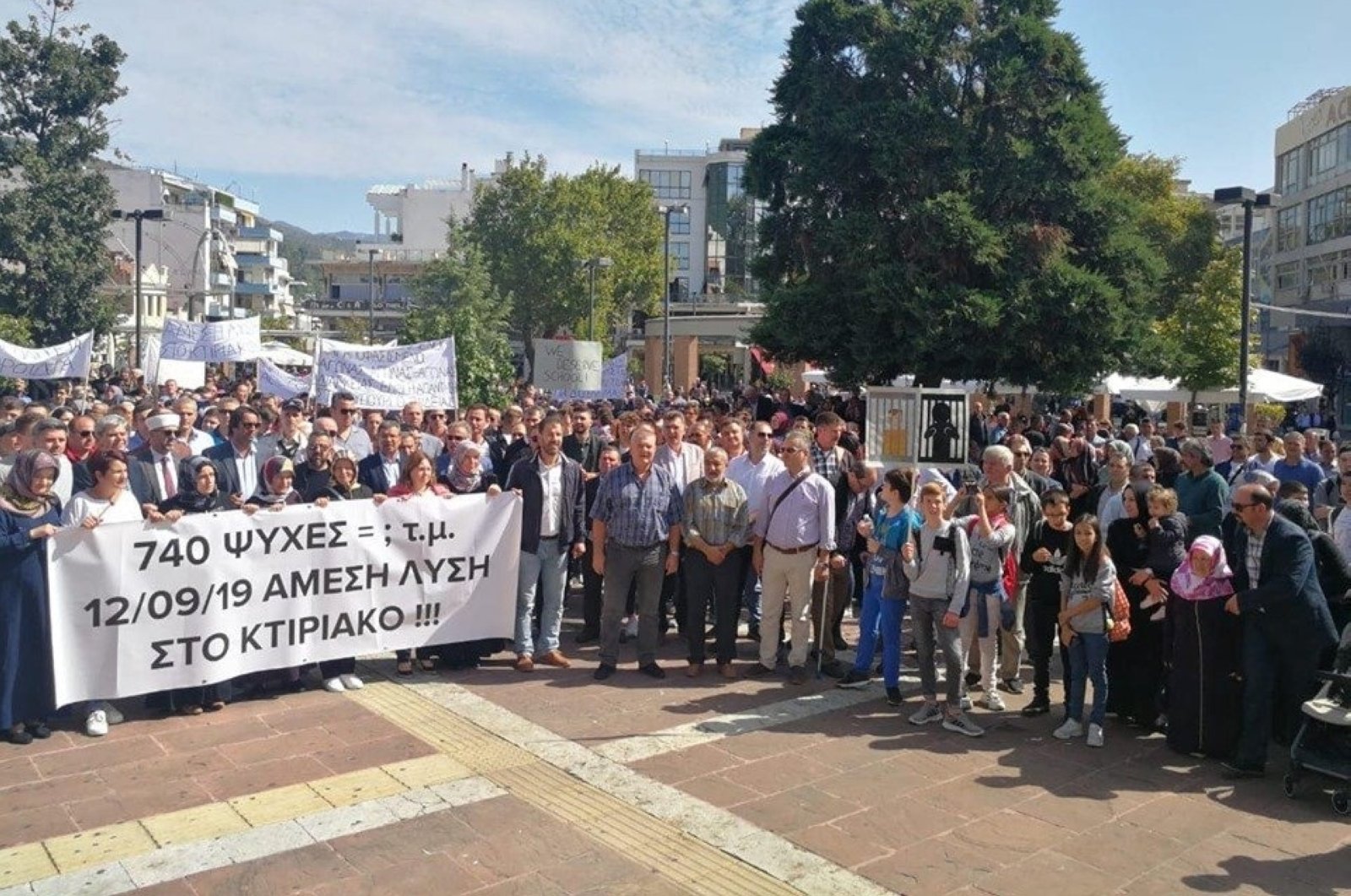 Athens continues to maintain its stance against Turkey, this time by harassing the Turkish minority in Western Thrace. In the latest move, a commando unit of the Greek army conducted a heavily armed training session in a Turkish village in the region.

According to reports, the commando unit conducted its training in the village of Gökçepınar in Western Thrace's Xanthi province.

"The commandos, who were already located at the entrance of the village, entered the inner parts of the village and conducted military training in the village's cemetery and streets. It is the first time that armed soldiers have entered our villages. This is a first," said Ihsan Tahsin, the editor-in-chief of the Birlik (Union) daily, a daily publication that belongs to the Turkish minority in Western Thrace.

Underlining that the move was conducted as a response to Turkey's recent actions and statements against Greece, Tahsin said the Greek soldiers were trying to intimidate the Turkish minority during the training.

"This is not acceptable," he told Yeni Şafak daily, comparing the Greek soldiers' training to a "guerilla war in the village."

The rights of the Turks in the region were guaranteed under the 1923 Treaty of Lausanne, a pact forged in the aftermath of the Turkish War of Independence following World War I. Since then, however, the situation has steadily deteriorated. After a Greek military junta came to power in 1967, the minority community started to face harsher persecution and rights abuses by the state. Following Turkey's 1974 peace operation in Cyprus to protect Turkish Cypriots there, the Greek military junta eventually fell, but the tight restrictions on the minority group persisted and tightened. By the early 1990s, some rights of the Turks were partially restored, but problems regarding collective and civil liberties continue, and new challenges have emerged.

Religion is one of the main areas of conflict between the Turks in the region and the Greek government, as the latter engages in efforts to limit the religious freedom of the minority group.

For instance, while the Turks living in Gümülcüne (Komotini) had previously elected their own muftis – Muslim legal experts who have the authority to rule on family and inheritance matters for local Muslims – the Greek state has been appointing its own mufti in the area under new protocols.

Necmettin Hüseyin, the head of the Western Thrace Turks Solidarity Association, also emphasized that Greece sees Turks in Western Thrace as leverage against Turkey whenever Ankara acts in a way that conflicts with Athens' policies.

"We (as the Western Thrace Turks) are the ones who have to suffer from the results of this conflict. The number of schools that we had has dropped from 330 to 115 since the Treaty of Lausanne," he said, adding that during the past two decades, pressure from the Athens government has escalated.

However, religion is not the only sphere targeted by the state, according to the Turks of Western Thrace, who say their schools are being shut down, damaging their efforts to protect their identity.

"This year, the Greek government has attempted to shut down eight of our schools based on various excuses," Hüseyin continued.

The Turkish Foreign Ministry on Wednesday called on Greece to end its policy of violating minority children's right to an education and to reopen schools for Turks in Western Thrace.

For the past 25 years, Athens' "temporary suspension" of minority schools in the country's northeast, a region boasting a Muslim Turkish population numbering around 150,000, is a part of Greece's "assimilation and oppression" policy, Turkish Foreign Ministry spokesperson Hami Aksoy said in a statement. Such oppressive policies "have been carried out for decades against the Turkish minority in Western Thrace," he said.

Aksoy called on Greece to end its policy of using pretexts to violate the educational rights of minority children and to instead reopen these schools.

Aksoy also expressed support for statements made by Turkish minority institutions and organizations in Western Thrace, urging the international community and human rights groups to recognize and press the issue.