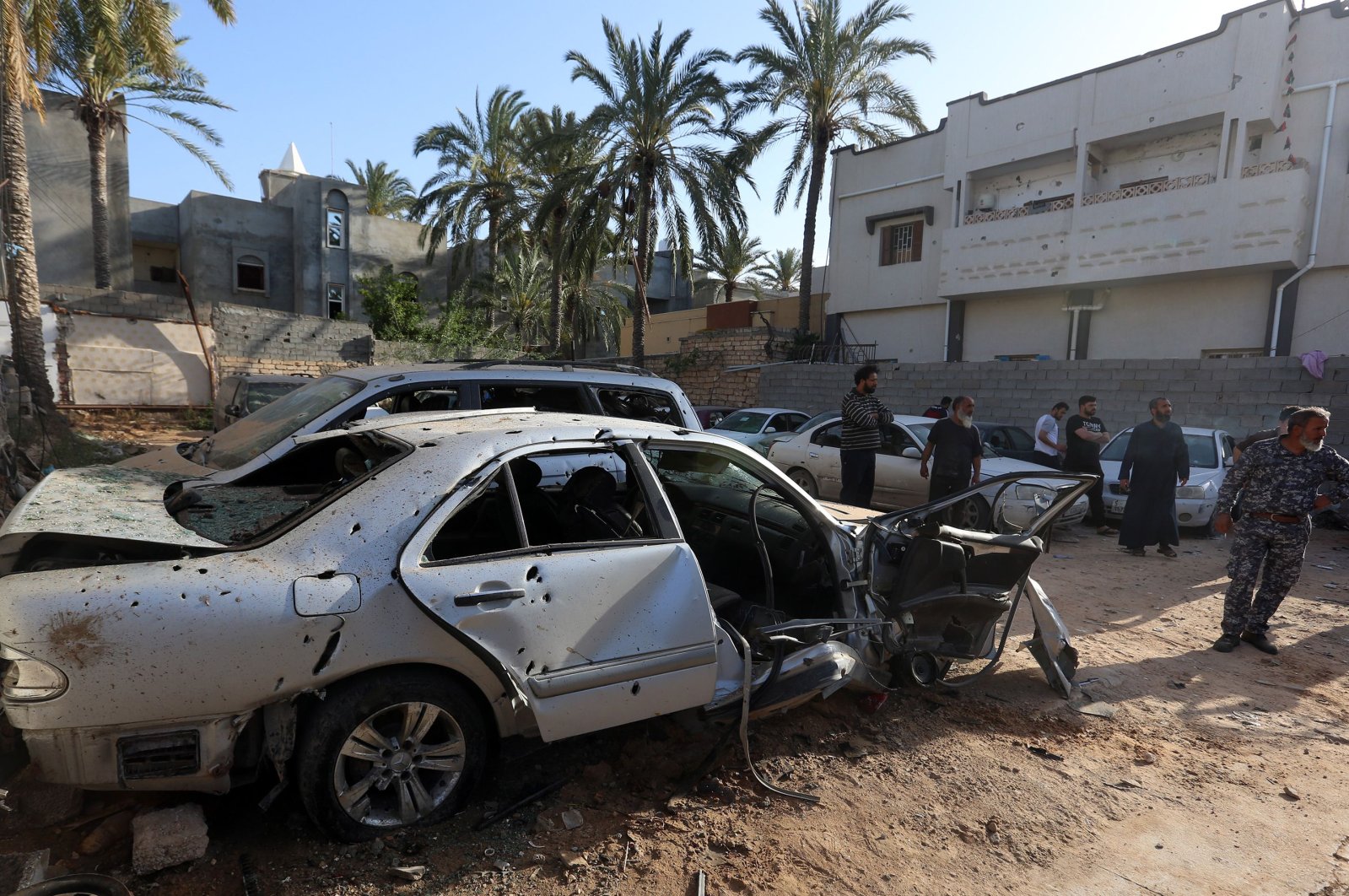 Libyans check the site of shelling on the residential area of souq al-Gomaa, north of the Libyan capital Tripoli, on April 17, 2020. (AFP Photo)
by Anadolu Agency Apr 24, 2020 6:48 pm
Edited By Nurbanu Tanrıkulu Kızıl

The rocket attack on a civilian settlement in the Ain Zara region of Tripoli, the capital, also left three people injured, Amin al-Hashimi, a spokesman for the Government of National Accord (GNA), told Anadolu Agency (AA).

Last week, GNA forces launched a military operation to recapture Tarhuna, a town of strategic value for Haftar and his last major stronghold in the area surrounding Tripoli.

Tarhuna is a major focal point for Haftar's militias in their onslaught against Tripoli as well as for their supply lines from al-Jufra airbase.

The internationally recognized GNA has been under attack by Haftar's forces since last April, with more than 1,000 killed in the violence. It launched Operation Peace Storm on March 26 to counter attacks on the capital.