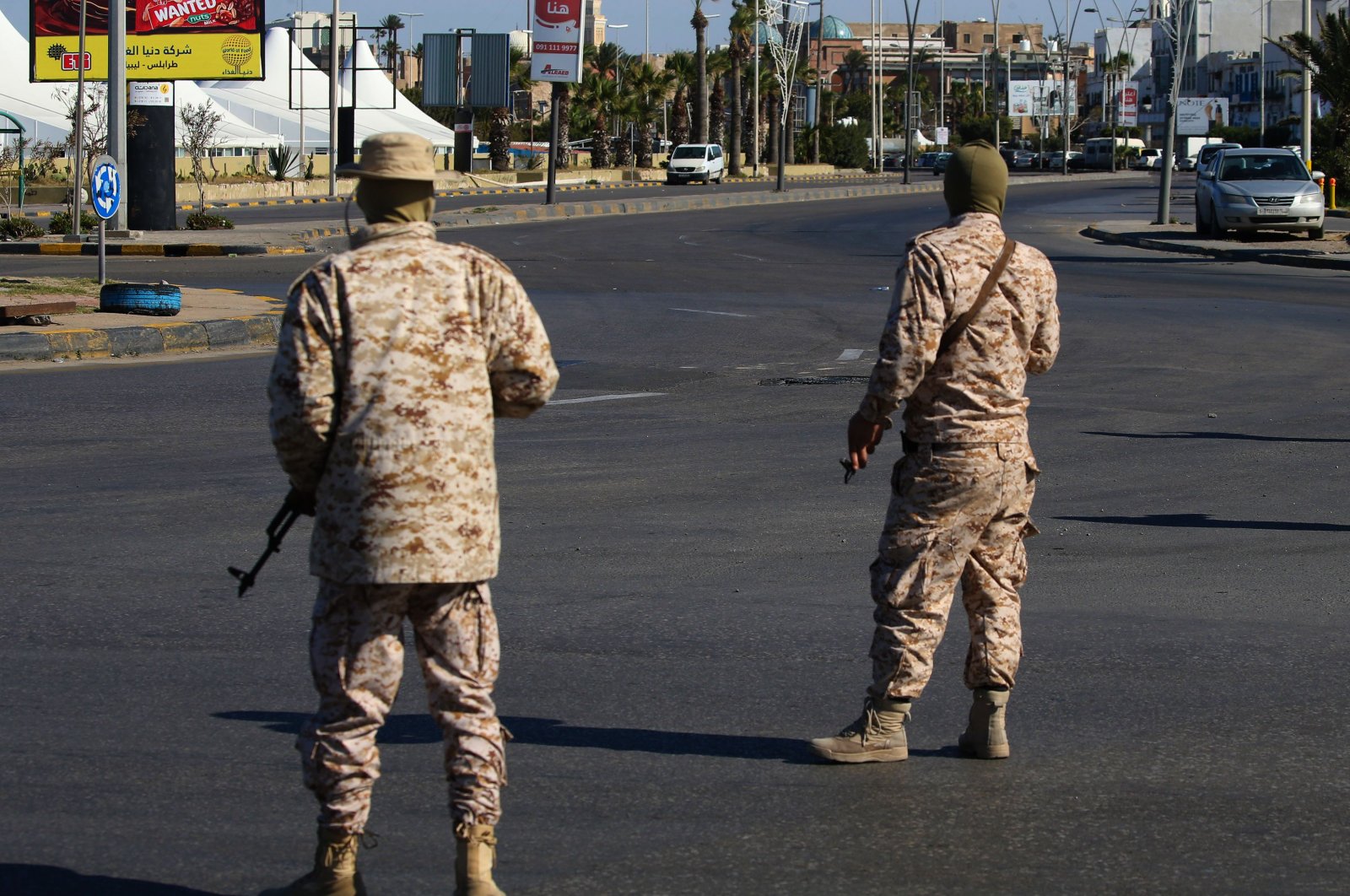 Members of the Libyan security forces man a checkpoint in the capital Tripoli, to ensure that the strict measures taken by the authorities to stem the spread of the novel coronavirus are respected, on April 10, 2020. (AFP Photo)
by Anadolu Agency Apr 13, 2020 9:48 am
Edited By Nurbanu Tanrıkulu Kızıl

Two civilians were killed late Sunday in attacks on civilian settlements in the south of Libya's capital by militias loyal to warlord Khalifa Haftar.

In Sidi Selim, a woman was killed by a rocket attack, said the Abu Selim Municipality in Tripoli.

In Ain Zara, a rocket hit a house and one child was killed while four other civilians were wounded, the State of Emergency and Rescue Council under the Health Ministry of the Government of National Accord (GNA) said in a statement.

As part of measures against the novel coronavirus, a ceasefire came into effect on March 21. Despite this, Haftar's militias have continued their attacks on the capital.

The GNA administration launched "Operation Peace Storm" on March 26 to counteract the attacks.

The North African country has so far reported 25 cases of the virus and one death.