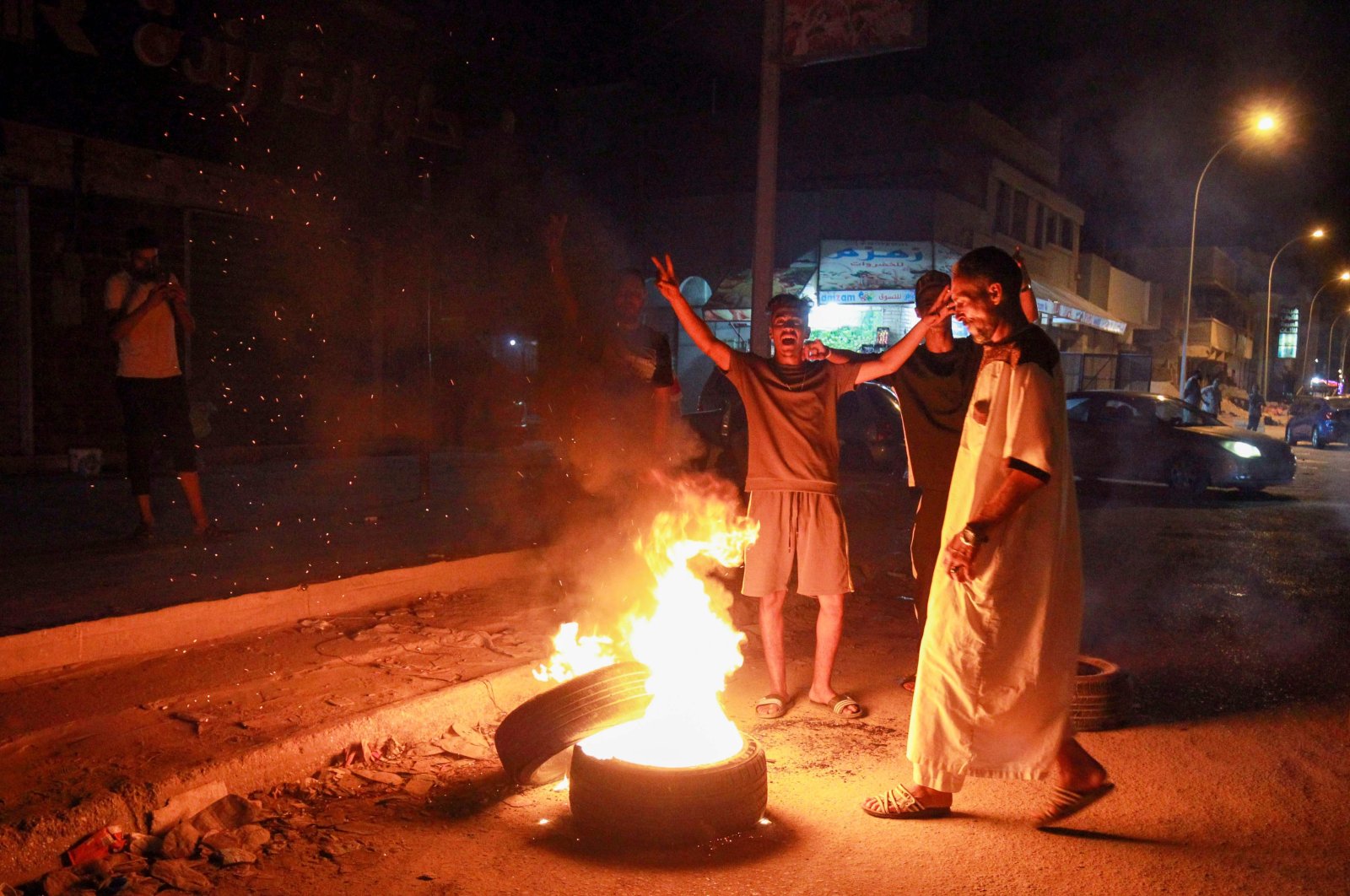 According to the Libyan news outlet “February,” civilians took to the streets of Benghazi, Al-Marj and Al-Bayda at midnight to protest against power and water outages, corruption, increasing food prices, lack of salary payments and other problems in areas controlled by Haftar's forces.

Meanwhile, protesters also set fire to one of Haftar’s headquarters in the city of Benghazi, in rare demonstrations over living conditions and corruption that have continued in the east of the country for a third day.

Protests late Saturday also erupted in Al-Bayda, where Haftar's forces were previously based, in Sabha in the south and for the first time in Al-Marj, a particular stronghold of the general, witnesses said.

Libya has been split into rival camps with parallel institutions in the east and west since 2014. Eastern Libya and much of the south is controlled by Haftar's so-called Libyan National Army (LNA), which is aligned with a government and parliament also based in the east.

A 14-month offensive by the LNA to take control of the capital, Tripoli, from the internationally recognized Government of National Accord (GNA) crumbled in June, weakening Haftar.

Several hundred protesters took to the streets of eastern towns to demonstrate against the political elite and over deteriorating living conditions that include lengthy power cuts and a severe banking crisis.

Similar protests broke out in late August in western Libya, which is controlled by the U.N.-backed GNA. Here, new demonstrations were also planned for Sunday, with several dozen protesters gathered outside the GNA building by midday.

In Benghazi, the protesters, some armed with guns, set fire to the building, leaving its white facade charred black, according to witnesses and pictures posted on social media.

The building was constructed after the LNA took control of Benghazi in 2017 after a campaign that left parts of the port city in ruins. The fire was later brought under control.

The economic crisis across Libya and in the east, especially, power cuts, have worsened due to a blockade of most of the country's oil facilities imposed by the LNA and its supporters since January.

The United States said Saturday that Haftar had agreed to end the blockade, but sources in eastern Libya said negotiations were ongoing.