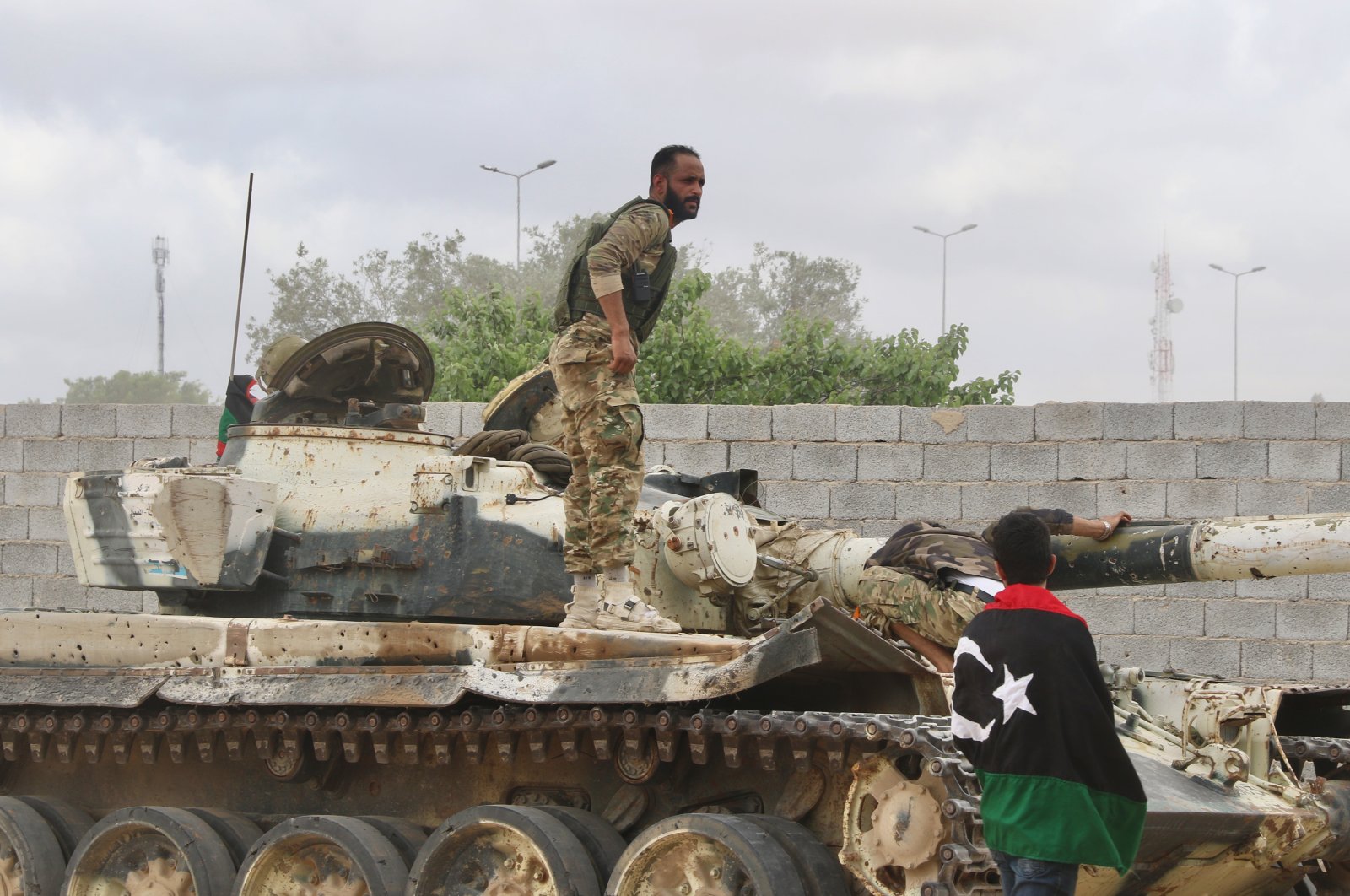 The mosque in Ain Zara town was seriously damaged after being hit by mortar shells, it said in a statement.

Government forces are under attack by Haftar's forces since last April, and international efforts to enforce a cease-fire have proven unsuccessful.

In January this year, the conflicting parties announced a cease-fire in response to a joint call by Turkey and Russia. However, the talks for a permanent armistice ended without an agreement after Haftar left Moscow without signing the deal.

In light of the pressing coronavirus crisis, another cease-fire took effect on March 21. However, Haftar's militias have continued their attacks on the capital.

Libya has reported two deaths from the virus, as well as 60 confirmed cases and 15 recoveries. The country recorded its first case on March 24.

The U.N. on March 22 urged conflicting parties in Libya to agree to a cease-fire. Both parties announced their acceptance of the proposal; however, Haftar's militias continued their attacks on Tripoli.

It was also reported that Haftar on Saturday asked his supporters to stay united after suffering many military defeats in the western parts of the country.

Following his call, pro-Haftar accounts on social media launched a campaign. Demonstrations in his support were held in the eastern parts of the country and outside his house in Benghazi.

Tribes in the west of Libya remained unresponsive to this call, while those in Zintan province downright rejected it.

The GNA, which launched Operation Peace Storm last month to counter the attacks, claimed on April 13 that its forces removed Haftar militias from at least eight provinces, clearing a 3,000-square-kilometer (1,158-square-mile) area, including Sabratha and Sorman provinces.

Last week, GNA forces also launched a military operation to recapture Tarhuna, a town of strategic value for Haftar and his last major stronghold in the area surrounding Tripoli.

Since the ouster of late ruler Moammar Gadhafi in 2011, two seats of power have emerged in Libya: warlord Haftar in eastern Libya supported mainly by Egypt and the United Arab Emirates and the GNA in Tripoli, which enjoys the U.N. and international recognition.

Libya is suffering from divided institutions, corruption, a struggling economy and low oil revenues. According to the U.N., since the blockade was imposed around mid-January, the country has lost $4 billion in oil revenues while the country also faces the relatively new threat of COVID-19.

Several U.N.-backed attempts to reach a cease-fire between Libya's two rival forces have failed, and the world body has slammed repeated violations of a 2011 weapons embargo.

On Jan. 19, German Chancellor Angela Merkel and Foreign Minister Heiko Maas brought together almost all the countries involved in the Libyan conflict for a summit in Berlin. There, they promised to stop supplying the warring factions with weapons and fighters.

Merkel and Maas were celebrated for their success, although the chancellor tried to dampen expectations, warning that the road ahead would be difficult.

Tuesday marks 100 days since the Libya summit, and it is clear that all the hopes it raised have evaporated, leaving only frustration and bitterness. The arms supplies have not halted and neither has the fighting. Even the outbreak of the coronavirus pandemic has not put a stop to the war.

"We thought with the ongoing pandemic, the parties to the conflict would take their foot off the gas," acting U.N. Special Envoy for Libya Stephanie Williams told German Press Agency (DPA). "The thing with Libya is: You think you reached the bottom, but then there's a new bottom."

Yet the Europeans have not been completely inactive. After all, they have a major interest in stabilizing Libya, since the main refugee routes from Africa via the Mediterranean Sea to Europe run through the country.

On April 1, the European Union launched a new naval mission, Operation Irini. Ships, aircraft and satellites are to be used to enforce Libya's U.N. arms embargo. However, while this could work at sea, where ships can be controlled and turned away, the EU can do little to tackle arms smuggling by land or by air. This has led to doubts that it favors Haftar, who gets his weapons mainly from Egypt by air and land.

Russia, Egypt and the United Arab Emirates are the main backers of Haftar's forces in the Libyan conflict.