Haftar has no legitimacy in Libya, FM Çavuşoğlu says 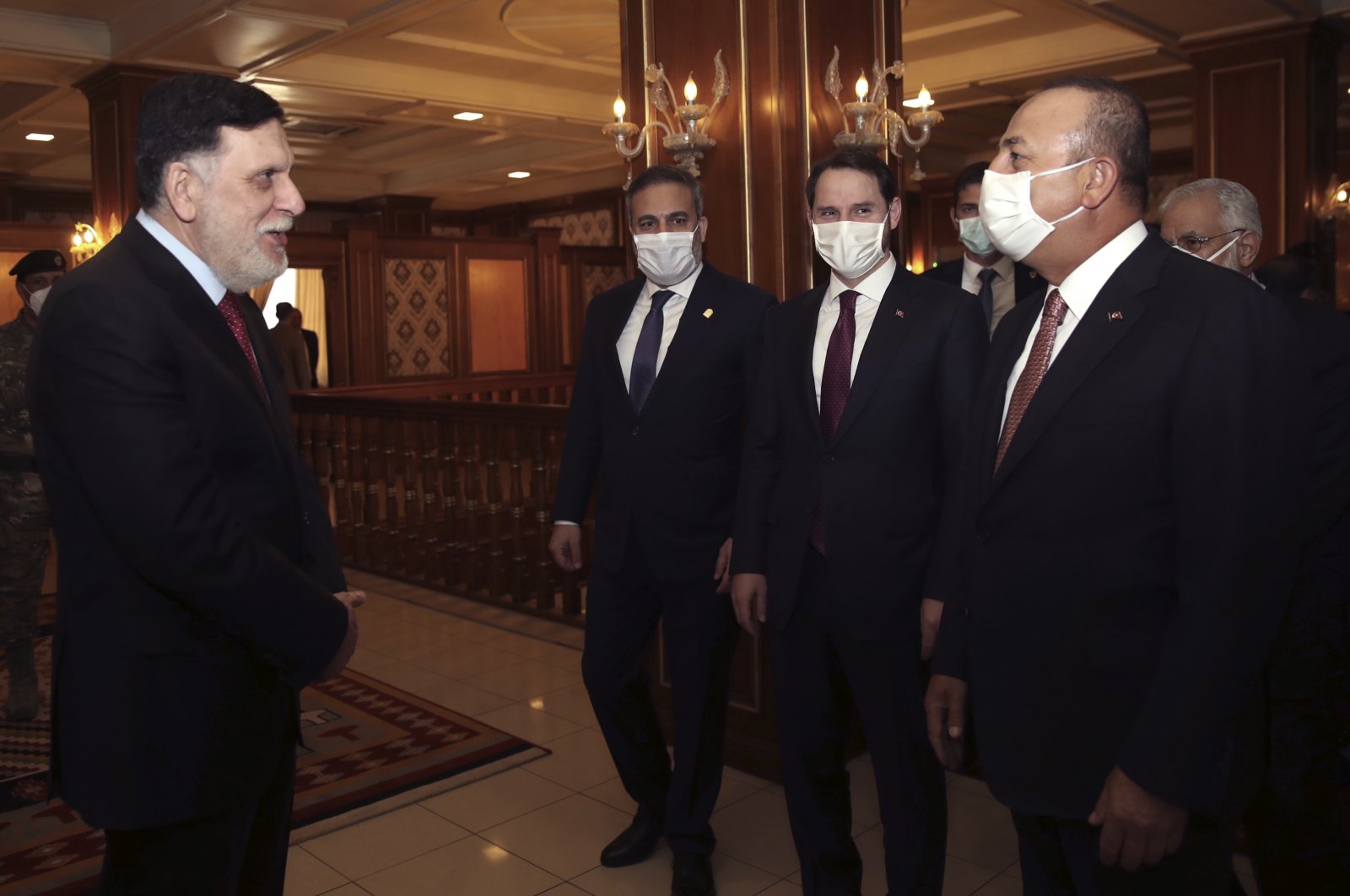 Putschist Gen. Khalifa Haftar no longer has legitimacy in Libya and should not have a seat at the negotiating table, Foreign Minister Mevlüt Çavuşoğlu said Thursday.

Speaking in a live interview on CNN Turk, Çavuşoğlu said: "Haftar no longer has any validity. He had no legitimacy anyway."

"A coup plotter like Haftar, someone who claims to have seized the power, instead of a cease-fire, should not have a seat at the table. He should not be dealt with any longer," he added.

Çavuşoğlu emphasized that there is still no cease-fire in Libya, despite several international efforts carried out in Moscow and Berlin, due to Haftar's attitude.

Libya has been in turmoil since 2011 when a NATO-backed uprising toppled leader Moammar Gadhafi, who was later killed. The country has since been split between rival administrations in the east and the west, each backed by armed groups and different foreign governments.

The government in Tripoli led by Prime Minister Fayez Sarraj is backed by Turkey, which sent troops and mercenaries to protect the capital in January, and also Italy and Qatar. Rival forces under the command of Haftar are supported by France, Russia, Jordan, the United Arab Emirates and other key Arab countries.

Çavuşoğlu also said the security cooperation between Turkey and Libya's government may be expanded in the upcoming period.

Last November, Turkey and Libya signed landmark pacts on military cooperation as well as boundaries in the Mediterranean. Under the deal, Turkey sent advisers to help the Libyan Army defeat the militias of warlord Haftar.

In a separate statement, Çavuşoğlu said Thursday that the Turkish foreign and defense ministries and intelligence agencies will soon work with U.S. counterparts on Libya.

Speaking at a webinar with the U.S.-based Turkish American National Steering Committee, Çavuşoğlu said President Recep Tayyip Erdoğan offered to work together in Libya with his U.S. counterpart Donald Trump and the American president took the offer positively.

"We received instructions to work together" with U.S. counterparts, which "is important for the stability of the region and future of Libya," said the minister. "We would like to further expand our cooperation areas," he added.

His remarks come following a Wednesday visit to the Libyan capital Tripoli, where a Turkish delegation held a series of meetings with the country's internationally recognized Government of National Accord (GNA).

This was the highest-level Turkish delegation to visit Libya since eastern-based Haftar launched an offensive on Tripoli in April 2019.

Haftar's offensive came to an end in recent weeks, as the GNA, with strong Turkish support, drove his forces out of the northwestern parts of the country. The Libyan Army inflicted heavy blows on Haftar, liberating Tripoli, Tarhuna, and the strategic al-Watiya air base from his militias.

Speaking to Demirören News Agency (DHA), Qanunu said that the Libyan Army has been much stronger with the support of the Turkish military.

“Turkish soldiers are very talented in the field. We have learned much from them. Thanks to their support, we have been gaining successive victories against Haftar,” he said.

He also touched upon the peace process and said that Haftar is not welcome. “Haftar has never been a part of peace and will never be. He commands bloodthirsty gangs and criminals. We reiterate that we are determined to end the presence of illegitimate bandits who make Libyans’ lives worse,” Qanunu said.

Stating that they are waiting for an international investigation to expose war crimes committed by the putschist's forces in Tarhuna city, Qanunu added such incidents prove that Haftar has no place in the future of Libya. “Continuing violations prove that Haftar is untrustable. The entire world has seen that Haftar is a terrorist who targets civilians.”

Tarhuna was the last stronghold in western Libya controlled by militias loyal to Haftar before it was recaptured in early June by forces allied with the Tripoli-based government.

Libyan authorities announced that international efforts are underway to establish a fact-finding committee to investigate the violations of Haftar's militias, including planting mines and digging mass graves, as well as other violations in Tripoli and Tarhuna.

The United Nation's acting special representative Stephanie Williams on Thursday reiterated the necessity that the U.N. should form an independent body to investigate the discovered mass graves in areas recently liberated from Haftar forces.