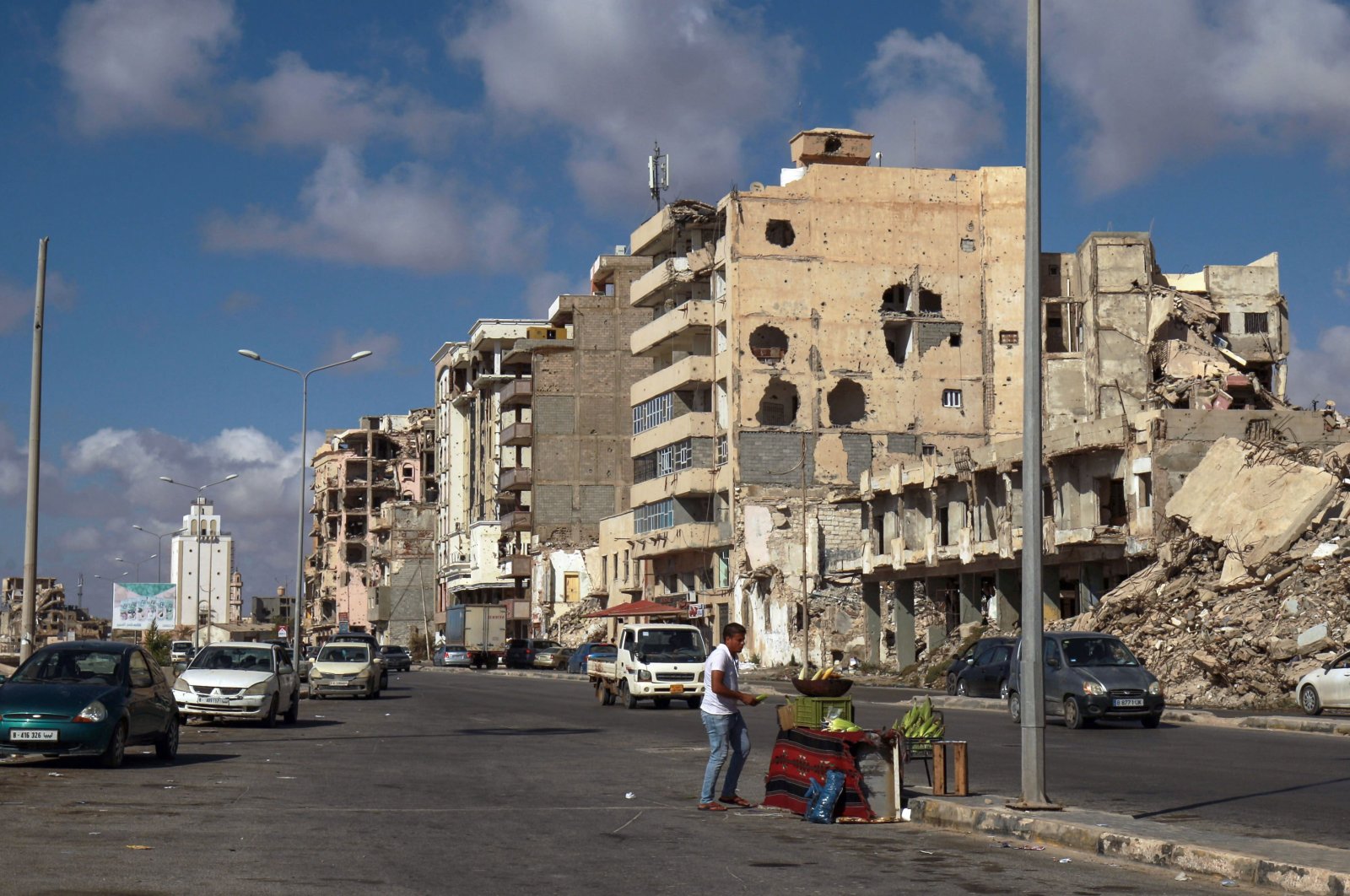 A Libyan street vendor sells corn on the roadside by the waterfront promenade in the eastern port city of Benghazi, June 22, 2020. (AFP)
by DAILY SABAH Jul 09, 2020 5:27 pm
RECOMMENDED

Libya's Government of National Accord (GNA) has responded to Russian Foreign Minister Sergey Lavrov's recent call for a cease-fire on Thursday by saying that it was putschist Gen. Khalifa Haftar who was the one who left the last peace talks back in January, not the Libyan government.

"We do not think that we need to remind Russia that Haftar's aggression came 10 days before the Ghadames Conference, which means that Haftar does not want peace or a political solution," a Libyan foreign ministry statement expressed.

The statement added that even Moscow had been put into a difficult position when Haftar left talks in Berlin.

Lavrov Wednesday said that Turkey and Russia were working on an immediate cease-fire in Libya, calling all parties to engage in dialogue.

"In order for a solution in Libya, the bloodshed should stop immediately and parties should stop moving troops in any direction," Lavrov said.

"Unfortunately, our respondents' claims on the inability to come up with a solution to the crises through military action do not reflect on the practice," the foreign minister added.

Earlier last month, Lavrov said on the Libyan crisis that Russia's approach to the Syrian conflict could be applied in Libya, as its main aim was to prompt the conflicting parties to hold talks and provide the necessary conditions so that they could find common ground.

"The only thing left to do is to convince all Libyan parties that they should sit down at the table and start negotiations. We are currently working on this," he said.

The internationally recognized GNA and the western parts of the country it controls have been under attack by the putschist Haftar's forces since April 2019. Haftar is supported by Egypt, the United Arab Emirates, France and Russia.

In March, the GNA forces launched Operation Peace Storm to counter attacks on the capital and recently regained strategic locations, including the al-Watiya air base and the strategic city of Tarhuna.

The Libyan Army has made significant military gains against Haftar's militias in recent weeks, capturing all the cities west of Libya down to the borders with Tunisia.

Previously, several U.N.-backed attempts to reach a cease-fire between Libya's two rival forces have failed, and the world body has slammed repeated violations of a 2011 weapons embargo.

A week later, Haftar accepted the terms in Berlin to designate members to a U.N.-proposed military commission with five members from each side to monitor the implementation of the cease-fire. However, his blockade of Libyan oil fields overshadowed the summit in Berlin aimed at shoring up the shaky truce.