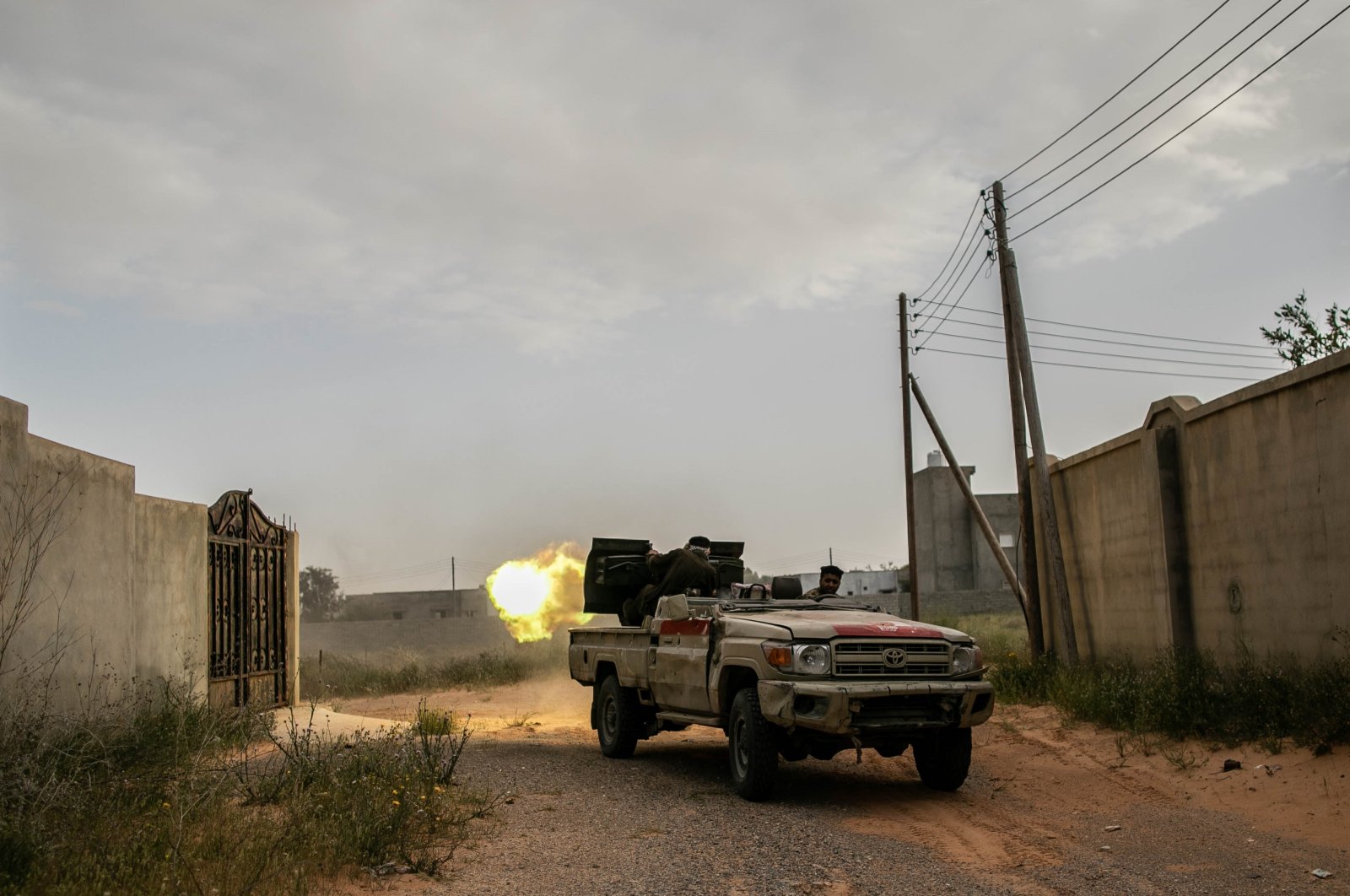 More than 57,000 families have been displaced from the south of Tripoli since the start of putschist Khalifa Haftar's offensive in April 2019, Yousef Jalala, minister of displaced people's affairs for the Government of National Accord (GNA) in Libya, said Monday.

Jalala told Asharq Al-Awsat that the total number of displaced individuals is over 342,000, mostly women, children, elderly and people with disabilities.

"Some IDPs (internally displaced people) are living with their relatives in areas away from the fighting, others have rented houses and some others have traveled abroad, especially to neighboring countries. At least 10% of IDPs are living in shelter places, while sole families had to live in deserted buildings due to the hike in rent prices as the number of displaced families increased." Jalala said.

He said his ministry is working on getting approval to provide cash assistance to the displaced families, but the endeavor is still inaccessible. He also said the GNA provided 120 million dinars ($101,000) for 64 municipalities across Libya's western region to help displaced people since the beginning of the conflict.

He said the ministry is trying to protect the civilians who are sheltering in deserted buildings and other areas against the coronavirus outbreak.

"We have formed a team to gather information, in coordination with civil societies and crisis committees in municipal councils, and to contact international humanitarian organizations working in Libya in order to help provide assistance to the displaced families." Jalala added.

According to the U.N. High Commissioner for Refugees, an estimated 1.3 million people are in need of humanitarian assistance in Libya. Hundreds of thousands of people across the country are suffering. They are living in unsafe conditions with little or no access to health care, essential medicines, food, safe drinking water, shelter or education.

Since last April, Haftar's military offensive against the GNA has claimed the lives of more than 1,000 people.

Since the ouster of late ruler Moammar Gadhafi in 2011, two rival powers have emerged in Libya: Haftar in eastern Libya supported mainly by Egypt and the United Arab Emirates and the GNA in Tripoli, which enjoys U.N. and international recognition.

The most recent clashes between the two parties took place last week despite previous calls by the international community for a cease-fire.

Acting Special Representative of the Secretary-General (SRSG) and Head of the United Nations Support Mission in Libya (UNSMIL) Stephanie Williams strongly condemned on March 24 the repeated shellings in the Ain Zara neighborhood, including the Al Rwemi prison, reportedly conducted by forces affiliated with warlord Haftar.

Williams said, “Despite the calls by many U.N. member states, UNSMIL and the secretary-general for an immediate cessation of hostilities to enable joint approaches to the COVID-19 pandemic, armed clashes, shelling and mobilization of forces in Libya continue, with unacceptable disregard for the safety and well-being of the civilian population.”

“UNSMIL documented more than 13 violations of the humanitarian pause, which resulted in the killing of at least three civilians and injuries to others,” Williams added.