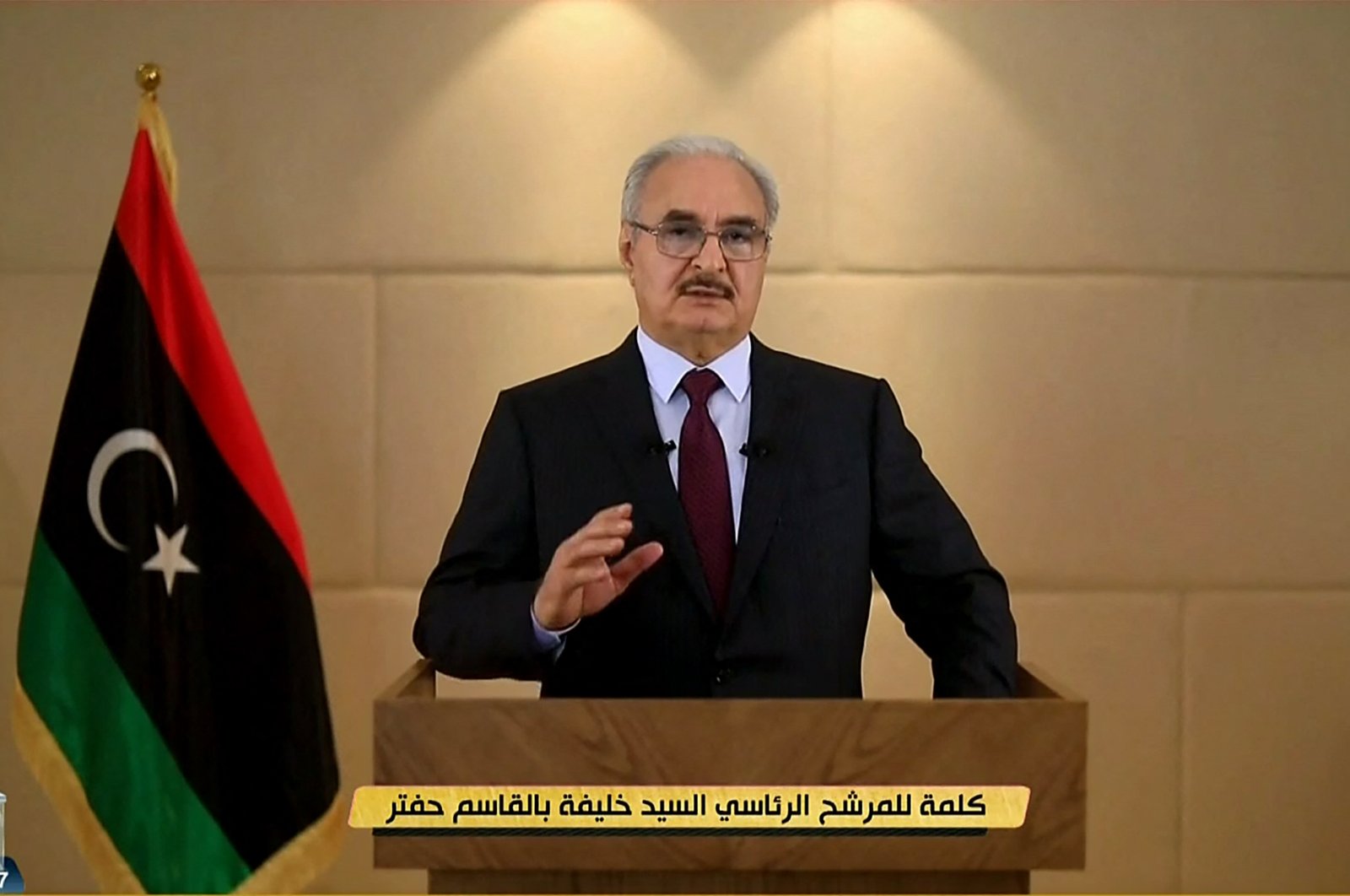 Putschist Gen. Khalifa Haftar announces his candidacy for next month's presidential election during a televised speech in this screengrab from Libya Alhadath TV on Nov. 16, 2021. (AFP Photo)
by DAILY SABAH WITH AA Nov 22, 2021 2:28 pm
RECOMMENDED

Putschist Gen. Khalifa Haftar and Seif al-Islam Gadhafi, the son of former strongman Moammar Gadhafi, should first answer the accusations against them before the country's presidential elections, local media cited a Libyan prosecutor as saying.

The prosecutor asked the two presidential hopefuls to appear before him to answer accusations of murder against them.

In his request, Erhouma said a lawsuit was filed against Seif al-Islam and Haftar related to the killing of civilians in the town of Espiaa, south of Tripoli, by Russian Wagner mercenaries.

In his failed attempt to capture Tripoli between April 2019 and June 2020, Haftar was assisted by the Wagner Group in massacres reported against civilians, including the killings in Espiaa.

The military prosecutor, however, didn't specify Seif al-Islam's link to the killings in Espiaa.

He added that Haftar is also accused of killing 63 illegal migrants in July 2019 in the town of Tajoura, east of Tripoli, two Libyans in a shelling on the northwestern al-Zawiyah in Dec. 2019 and 26 students in an attack on a military academy in Tripoli in Dec. 2020.

As of Sunday, 61 candidates have applied to run in the Dec. 24 presidential elections, including Haftar and Seif al-Islam.

Libya's presidential and parliamentary elections are set to take place on Dec. 24 under an U.N.-sponsored agreement reached by Libyan political rivals during meetings in Tunisia on Nov. 15, 2020.

The oil-rich country's electoral commission opened registration on Nov. 8 for candidates in the polls despite ongoing tensions between the parliament, the High Council of State and the unity government regarding electoral powers and laws.