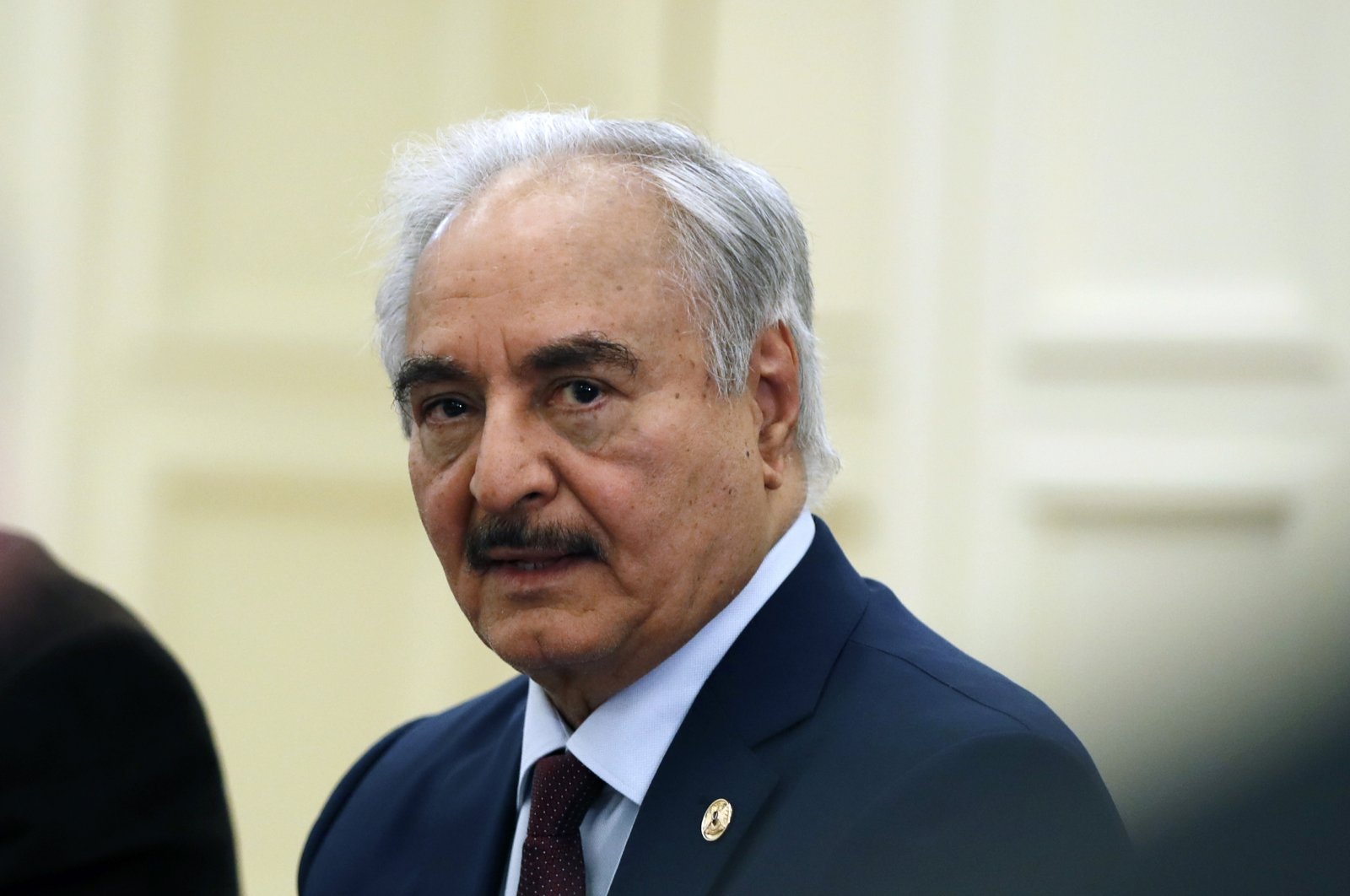 The commander of Libya's eastern-based illegitimate forces, putschist Gen. Khalifa Haftar, on Tuesday announced his candidacy for the presidential elections slated for next month.

"I declare my candidacy for the presidential election, not because I am chasing power but because I want to lead our people towards glory, progress and prosperity," he said in a speech broadcast live on Libyan television.

"Elections are the only way out of the severe crisis that our country has plunged into," said Haftar, who was expected to formally register later on Tuesday at the election center in Benghazi.

Haftar, commander of the so-called Libyan National Army (LNA), waged war on factions in the west after the country split in 2014, including a 14-month offensive to capture Tripoli, which was repelled by the internationally recognized Government of National Accord (GNA) mainly backed by Turkey. The campaign ultimately failed last year, leading to United Nations-mediated talks and the formation of a transitional government charged with leading Libya until the parliamentary and presidential elections.

Haftar delegated his military duties in September to his chief of staff, Abdel-Razek al-Nadhouri, for three months to meet candidacy terms.

Haftar's decision to contest the elections will anger many in Tripoli and western regions who argue that voting in his area will not be fair. He is also accused of war crimes during the assault, something he denies. Haftar, backed by Russia, Egypt and the United Arab Emirates (UAE), is despised by many in western Libya and has been accused of seeking to establish a military dictatorship.

The election is seen as a milestone in the political process to stitch Libya back together after a decade of chaos. Libya has been wracked by chaos since a NATO-backed uprising toppled longtime dictator Moammar Gadhafi in 2011. As a result, oil-rich Libya spent most of the last decade split between rival governments – one based in the capital, Tripoli, and the other in the eastern part of the country. However, with wrangling over the legal basis for the elections, major factions may reject the vote.

Last week, Haftar forces said 300 mercenaries fighting on his side would leave Libya at the request of France in a "unilateral gesture", expecting nothing in return from the government in Tripoli. But pro-Haftar forces remain in control of much of eastern and southern Libya, and some analysts have voiced skepticism over the chances of a free and fair vote.

Haftar's announcement comes after Seif al-Islam Gadhafi, the son and one-time heir apparent of the late dictator, submitted his candidacy papers Sunday in the southern town of Sabha. Seif al-Islam, who is wanted by the International Criminal Court (ICC) on charges of crimes against humanity, has spent years mainly in hiding.

If accepted, both Haftar and Seif al-Islam would be among front-runners in the Dec. 24 polls. They have stirred controversy in western Libya and the capital of Tripoli, the stronghold of their opponents. Politicians and militia leaders have already expressed their rejection.

Libya's interim Prime Minister Abdul Hamid Mohammed Dbeibah also said Monday that he'd run for the presidency if that's what the people want, a day after Seif al-Islam announced his candidacy for the country's top office.

Dbeibah, who is meant to lead the country until a winner is declared following national and presidential elections on Dec. 24, asked a cheering crowd at a youth rally: "It's up to you. Do you want me to run in the polls, or do you not?" However, he is barred from running under Libya's current elections laws.

He has yet to announce his candidacy officially. Under Libya's elections laws, Dbeibah would have had to step down from government duties more than three months before the election date. He also pledged when he was appointed to the interim position through U.N.-led talks that he would not run for office in the government that succeeded his. However, allegations of bribery marred those talks.

In an apparent reference to the Gadhafi family, Dbeibah pointed at a recent controversy involving Libya's foreign minister, who is facing suspension after telling the BBC that the government could work with the United States on extraditing a man wanted in the 1988 Lockerbie bombing. The downing of the commercial flight over Scotland killed 270 people. Gadhafi's government had accepted responsibility for the attack and paid compensation to victims' families after years of sanctions.

"Who got us to Lockerbie?" Dbeibah asked the crowd. "Who put us under sanctions, travel bans. It cannot be repeated."

The long-awaited vote still faces challenges, including unresolved issues over laws governing the elections and occasional infighting among armed groups. Other obstacles include the deep rift that remains between the country's east and west, split for years by the war, and the presence of thousands of foreign fighters and troops.