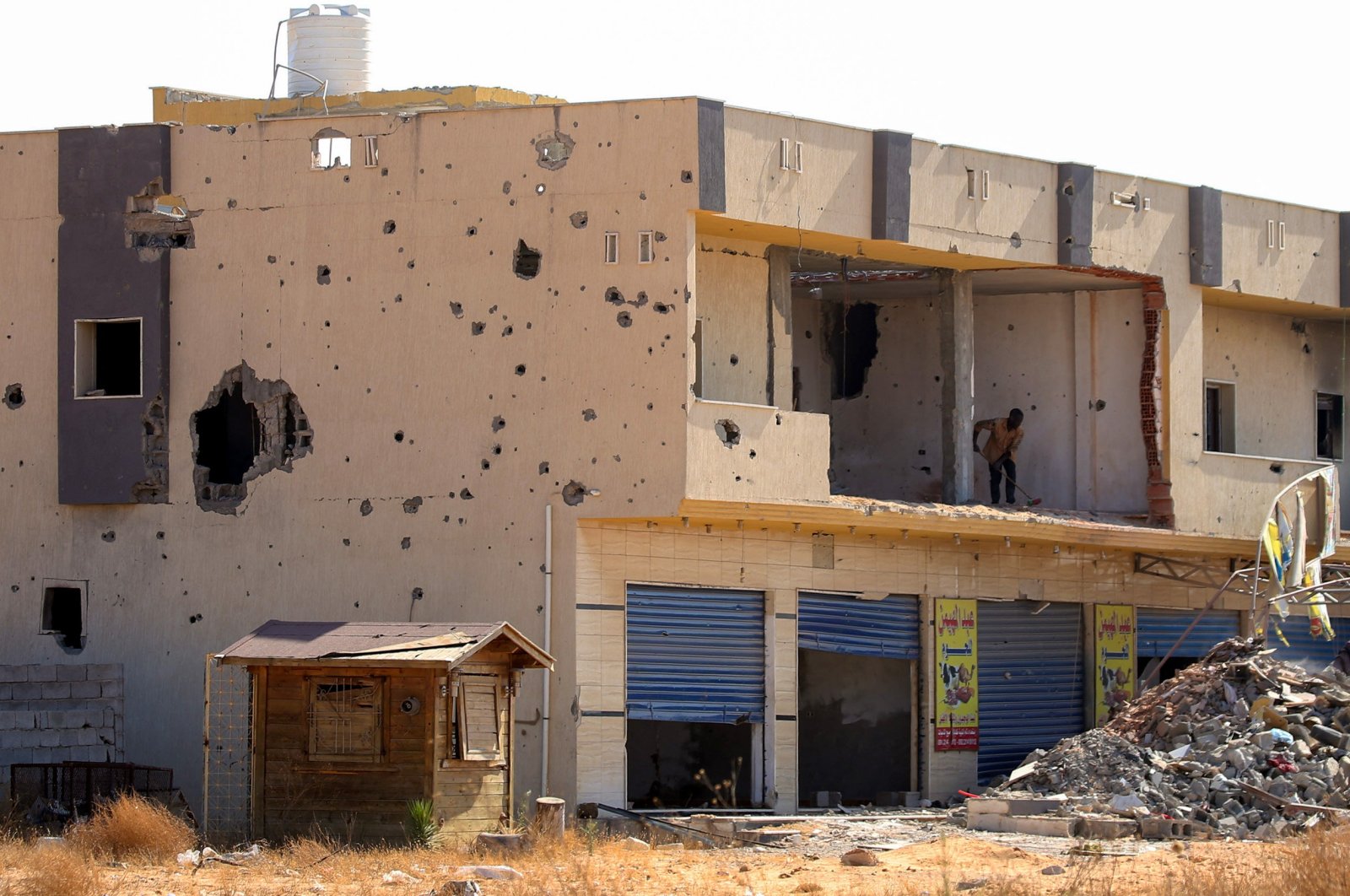 A picture shows a business, damaged during the 14 months of fighting between the U.N. recognized Government of National Union (GNA) and putschist Gen. Khalifa Haftar, in a southern neighborhood in the capital Tripoli on July 9, 2020. (AFP File Photo)
by DAILY SABAH WITH AA
Sep 08, 2020 9:46 am

In a statement, Mohammed Qanunu said although the Libyan Army is abiding by the cease-fire, Haftar's militias have violated it for the fourth time since it was declared last month.

No information has been published on casualties so far.

"Our forces are in full mobilization," Qanunu said, stressing that the army is awaiting the order from Libyan Prime Minister Fayez Sarraj to retaliate for the attacks at the appropriate time.

On Aug. 21, the Libyan government announced a cease-fire and ordered the military to stop operations against Haftar's militias.

However, on Aug. 27, the Libyan Army announced the first breach of the cease-fire by the militias, who fired more than a dozen Grad rockets at army positions west of Sirte.

Meanwhile, following a meeting with Prime Minister Sarraj, the newly appointed Libyan Chief of Staff Gen. Mohammad Ali Ahmad al-Haddad announced that they aim to establish a unified army in the country.

Last month, reports said the Turkish military would provide assistance to restructuring the Libyan Army into a regular army based on the model that was used in training the Azerbaijani Army.

Turkish military advisers and staff are expected to arrive at the Defense Security Cooperation and Training Assistance Advisory Command that was established as part of a memorandum of understanding (MoU) between Turkey and Libya. They will provide training and logistical assistance in cooperation with Qatar to reestablish a regular army in Libya.

The GNA was founded in 2015 under a U.N.-led agreement, but efforts for a long-term political settlement failed due to a military offensive by forces loyal to Haftar.

The U.N. recognizes Sarraj's government as the country's legitimate authority. Tripoli has battled Haftar's militias since April 2019 in a conflict that has claimed thousands of lives.