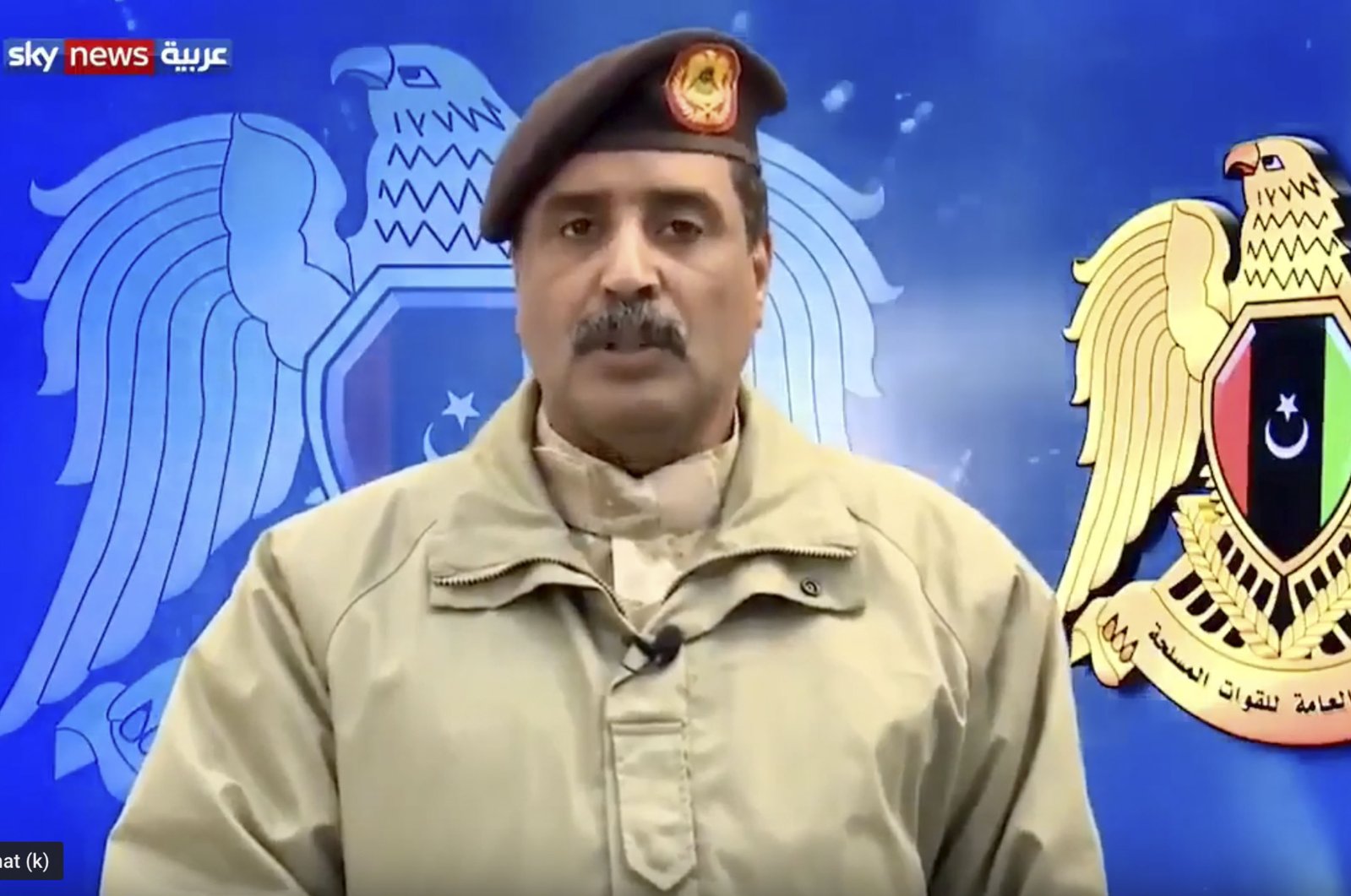 After a series of devastating defeats against Libya's legitimate government, renegade Gen. Haftar is desperately seeking for international help to keep the provinces he currently controls. His calls for a cease-fire were not paid much regard since he once rejected all requests for a political solution and a cease-fire to protect civilians. Since Egypt was the only one who showed some intention to intervene in the situation on Haftar’s side, the warlord’s self-proclaimed officials are now trying to lure Libya’s eastern neighborhood into the conflict with some abnormal allegations.

Mismari, for example, claimed that Libyan forces want to capture Cairo and write their names on pyramids.

Some social media users photoshopped some images of Giza pyramids, writing Volcano of Rage (the name of the Libyan government’s military operation against Haftar forces) and the name of Libyan cities on them.

Earlier on Saturday, Egyptian President Abdel Fattah el-Sissi said an offensive by the Libyan Army forces on the strategic city of Sirte or the inland Jufra air base would be considered a “red line" and trigger a direct Egyptian military intervention into the conflict.