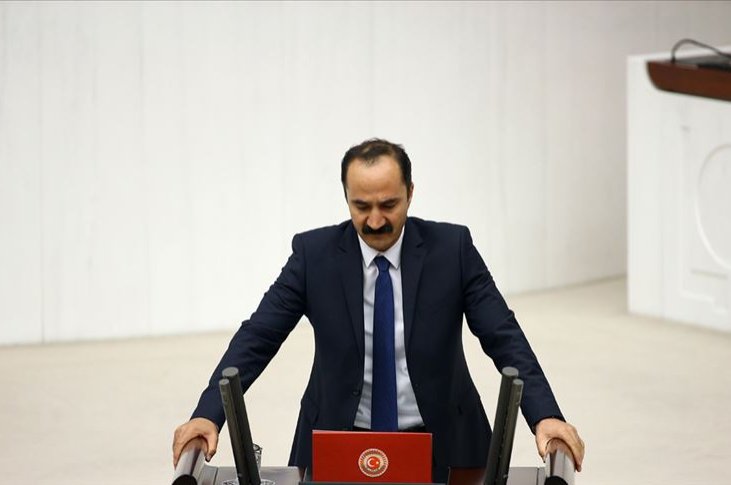 The Peoples' Democratic Party (HDP) launched a probe after Muş deputy Mensur Işık allegedly assaulted his wife Ebru Işık and prevented her from going to the hospital.

According to reports, the HDP deputy punched and assaulted his wife at their home in the capital Ankara's Çankaya district after an argument and did not let her go to the hospital to receive treatment, while he took her phone away on Wednesday.

After a while, Ebru Işık said she was in severe pain and convinced her husband to go to the hospital.

The couple visited a private hospital in the Etimesgut district, where Ebru Işık told doctors that she had been beaten. The doctors immediately called police, who launched an investigation, and a restraining order was placed to keep Mensur Işık away from his wife.

The HDP Women's Council issued a statement about the incident, saying that they are looking into it.

“We would like to announce that we have launched the necessary probe about this domestic violence issue based on the woman's statement,” the HDP said, adding that the women's council will continue to fight violence against women.

Mensur Işık, a member of the Interior Ministry Commission, is a lawyer by profession, while his wife is a teacher.