Humanitarian groups sound alarm on spread of coronavirus in Syria 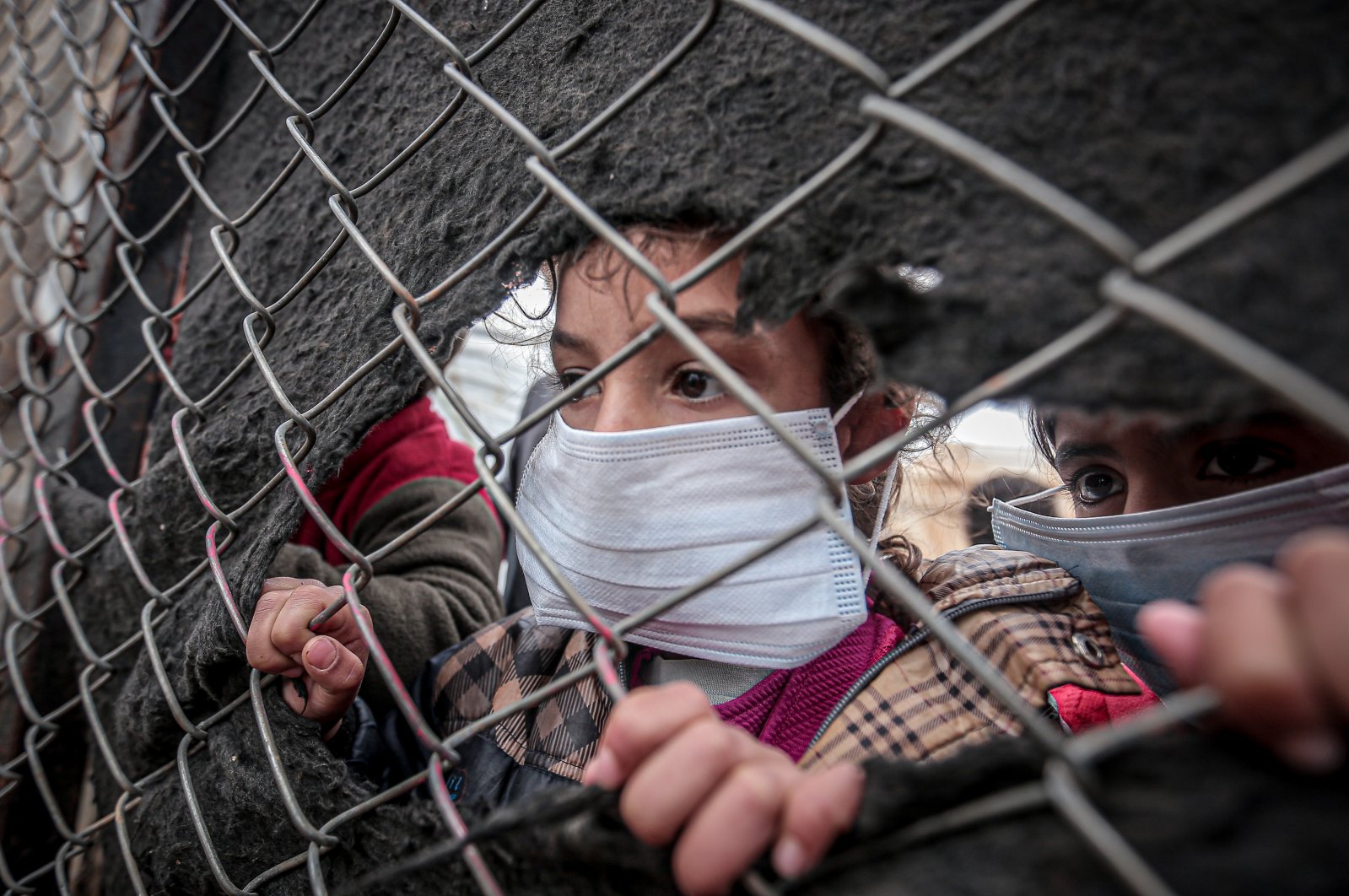 Humanitarian organizations warned Wednesday of dramatic consequences if the new coronavirus hits refugees stranded in northern Syria due to violence.

"As brutal as it sounds, you will almost have to expect mass extinction" if coronavirus reaches areas in northwestern Syria, said Dirk Hegmanns, the regional director for Syria of the German Welthungerhilfe (World Hunger Aid) organization.

He told the German Press Agency (DPA) that a regime offensive, which was launched against opposition groups in the province of Idlib in northwestern Syria in late April, had destroyed dozens of hospitals.

The health care sector in the region is already burdened with treating those injured in the violence there, according to Hegmanns.

In the same vein, the medical charity Doctors Without Borders (MSF) warned that a spread of the virus in northwestern Syria could result in a rapidly critical situation if additional support and measures are not put in place.

MSF is supporting the local health authorities in northwestern Syria to prepare for a potential outbreak, Dold told DPA.

According to the United Nations, an estimated 400,000 people have been displaced due to violence from the southern countryside of Idlib to areas near the Syrian-Turkish border since December.

Idlib is the last opposition stronghold in Syria.

The province, just south of Turkey's border with Syria, had nominally been covered by cease-fires reached by Turkey and Russia, the Assad regime's chief ally, since September 2018, and again this January, before the latest declared this March.

But the first two cease-fires were repeatedly violated by the Assad regime and its allies, killing and wounding thousands of innocent civilians, and sending upwards of a million toward the border with Turkey, seeking safe haven.

Turkey has long championed setting up a safe area in Idlib and has pressed the European Union and the U.S. to help in this goal.

The World Health Organization (WHO) said it was extremely concerned about the impact of the COVID-19 disease caused by the coronavirus in northwestern Syria.

Refugees in the area are living under conditions that make them vulnerable to respiratory infections, the WHO said in a statement.

The organization cited overcrowded living conditions, physical and mental stress and deprivation due to the lack of housing and clean water.

"WHO is preparing for contagion across Syria, prioritizing prevention, preparedness and risk communication, with a focus on supporting health responders to detect, diagnose and prevent spread," Hedinn Halldorsson, the agency's spokesman, told DPA.

The White Helmets, a voluntary non-government group working in Syria's opposition areas, and the local Attaa Humanitarian Relief Society said they had embarked on prevention campaigns among the refugees and residents in Idlib.

Malek Taleb, an Attaa official in Idlib, said the "large crowding, malnutrition, the use of shared water tanks and the poor housing" prompted the organization to spread immediate health awareness among the refugees.

"We will be carrying out intensive awareness campaigns starting on Friday in coordination with health associations in northwestern Syria," Raed Saleh, the White Helmets head, told DPA.

The Syrian regime has denied recording any coronavirus case in areas under its control as the country's civil war has entered its 10th year.

The virus emerged in Wuhan, China, last December, and has spread to at least 159 countries and territories around the globe.

The World Health Organization has declared the outbreak a global pandemic, releasing figures indicating nearly 219,500 confirmed cases and a death tally on the verge of 9,000 around the world as of Thursday.