Hundreds gather in US in support of Turkish soldiers in Idlib 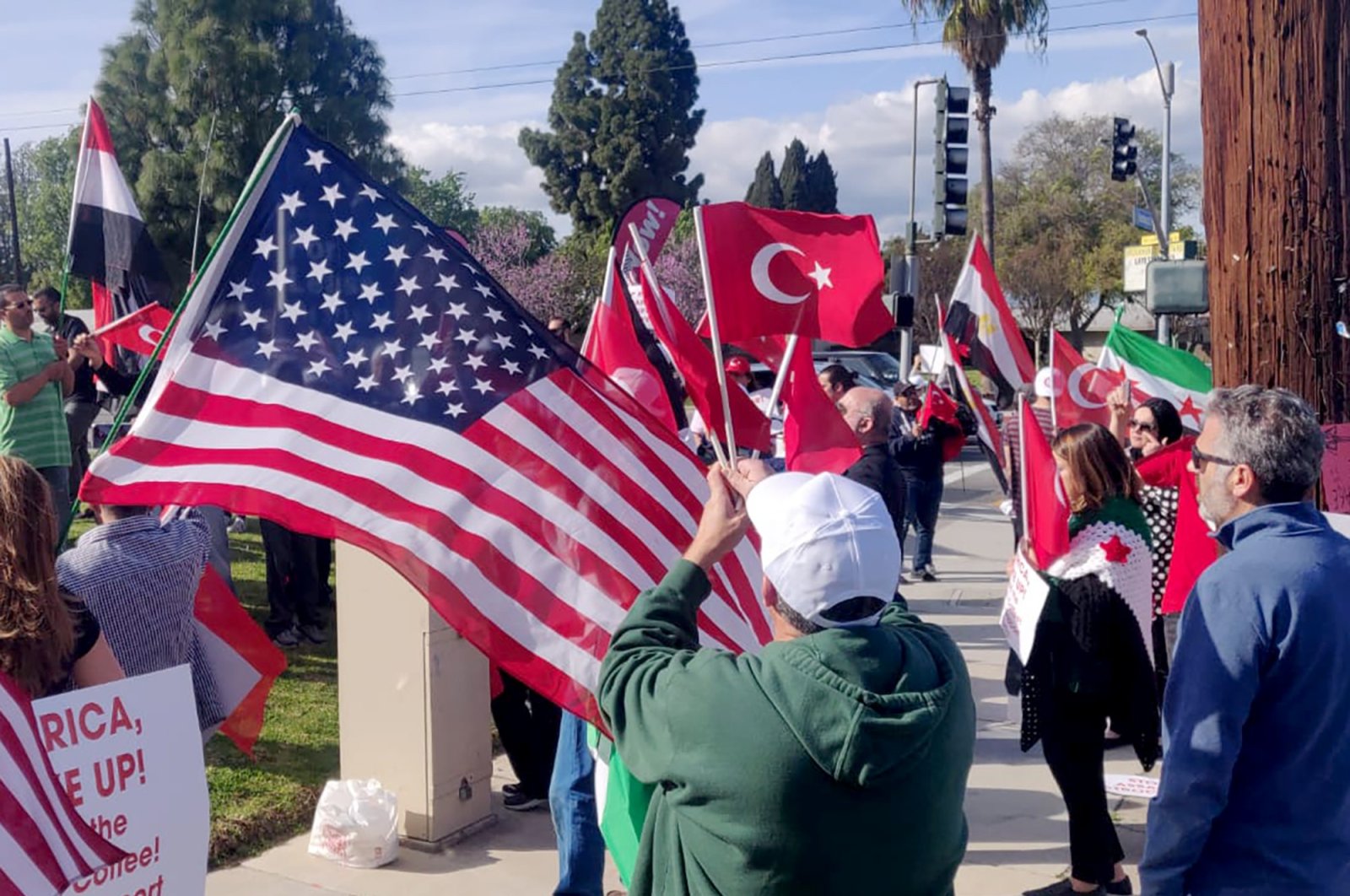 Hundreds of Turks, Syrians and American Muslims living in Los Angeles held a solidarity demonstration for Turkish soldiers stationed in Idlib, northwestern Syria, to protect local civilians under a 2018 deal with Russia.

The event was organized in Anaheim city, part of the Los Angeles metropolitan area, by the Turkish-American National Steering Committee (TASC), the TURCA Association and the Syrian-American Coalition (SAC).

Demonstrators were carrying Turkish, American and Syrian flags in their hands, as wells as banners that read "We support Turkey," "End Assad's massacre," and "End Russian and Iran's occupation in Syria."

After playing the Turkish national anthem, the names of the Turkish soldiers killed in last month's Assad regime attack in Idlib were called out, with the crowd chanting "present" after each name.

Turkey's Los Angeles Consul General Oğuz Can said he is pleased to see the attendance of Syrians at the solidarity demonstration.

Ebru Awad, head of TURCA, stressed the importance of coming together as Turks, Syrians and American Muslims to show solidarity with the Turkish soldiers.

Ayloush said that Turkey has always been the voice of the oppressed people in Syria.

"We fully support Turkey's operations in northern Syria, and we never forget what they did for the persecuted Syrians," Lalabiyah said.

In recent weeks, Syrian regime forces stepped up attacks on Turkish troops in Idlib province. The Turkish soldiers were there to protect local civilians under a 2018 deal with Russia under which acts of aggression are prohibited in the region.

Ankara launched Operation Spring Shield on Feb. 27 after at least 34 Turkish soldiers were killed in Idlib.

Last week, President Recep Tayyip Erdoğan and his Russian counterpart Vladimir Putin agreed to a new cease-fire for Idlib effective as of midnight on March 5.

Syria has been mired in a vicious civil war since early 2011 when the Bashar Assad regime cracked down on pro-democracy protests.

Since then, hundreds of thousands of people have been killed and more than 10 million displaced, according to U.N. figures.