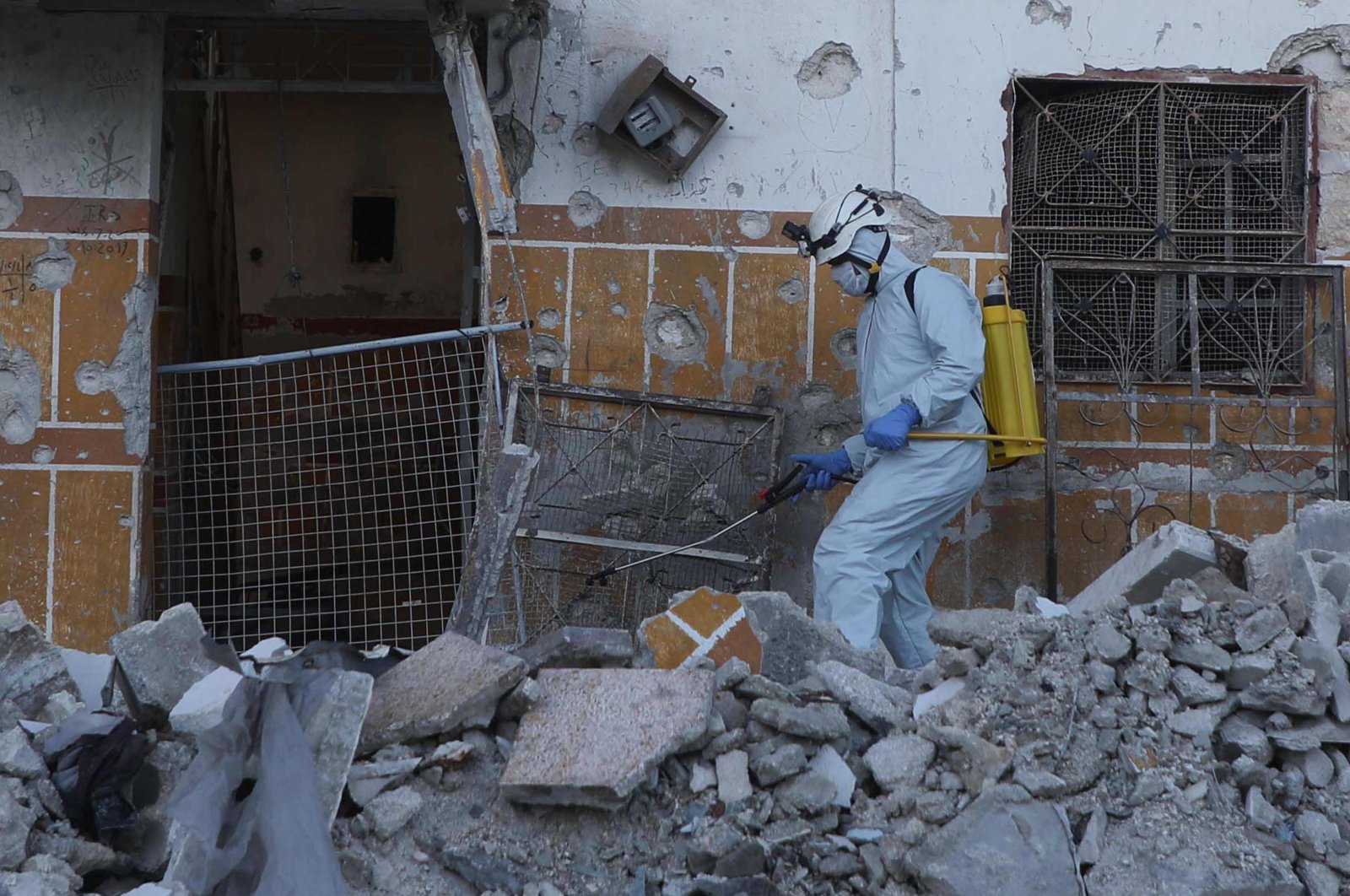 A member of the Syrian civil defense, also known as the White Helmets, disinfects a destroyed neighborhood before Syrian residents share the iftar meal which breaks their dawn-to-dusk fast in Atareb town in the opposition-held western countryside of Syria's Aleppo province, during the Muslim holy month of Ramadan, May 7, 2020. (AFP Photo)
by DAILY SABAH May 14, 2020 1:14 pm
Edited By Dilara Aslan
RECOMMENDED

The Syrian regime's health ministry confirmed 47 cases of COVID-19 in the country, including three people who died and 29 who recovered as of May 10. Six cases were reported in northeastern Syria, including one death, and none were confirmed in the country’s northwest. Lack of a common reporting approach creates challenges in verifying information on reported or suspected cases, the U.N. stated Wednesday.

The health ministry's data only involves reporting in regime-controlled areas while the rest of the country heavily depends on humanitarian groups for information, preventive measures and tackling the pandemic.

COVID-19 testing has now commenced at laboratories in the Aleppo and Latakia provinces. The U.N. cites densely populated areas, notably Damascus, Aleppo, Homs, and camps and informal settlements in the northeast and northwest as areas of concern in a report published together with the World Health Organization (WHO).

“Much has been achieved but much more is needed,” U.N. Resident Coordinator and Humanitarian Coordinator for Syria Imran Riza wrote on Twitter Thursday. “Since the onset of the COVID-19 pandemic, the UN has been working together with our partners to do all we can to support the people of #Syria to prepare and respond.”

Yearslong sieges caused the deterioration of the physical health of many people, who suffered malnutrition and widespread poverty. Another risk is that people often live in overcrowded places and camps – ideal for the spread of the virus. The camps are generally in poor conditions with a lack of access to water, hygiene, medical aid and food.