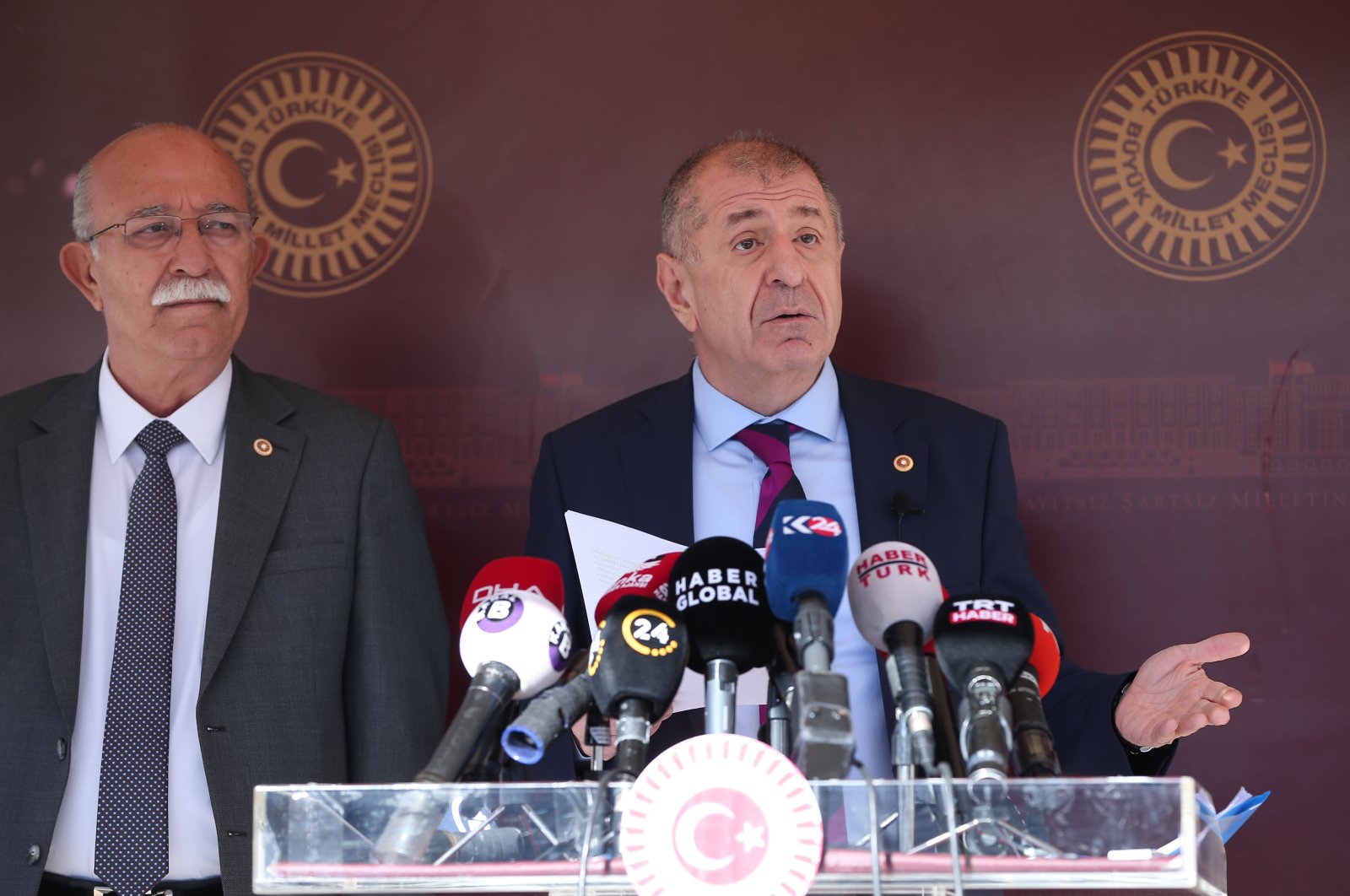 The Good Party (IP) has dismissed Istanbul Deputy Ümit Özdağ in a unanimous vote, while Adana deputy Ismail Koncuk resigned from the party, according to official statements made on Monday.

The party’s disciplinary committee voted to expel Özdağ following a meeting, a statement by the party said, adding that Özdağ had acted in violation of Article 76/D of party bylaws by acting against fundamental principles like human rights, democracy and the rule of law, as well as making “groundless accusations” about the chairperson, party executives, deputies and mayors on social media outlets and other media outlets.

Özdağ last month claimed the party’s Istanbul Chairperson Buğra Kavuncu has links to the Gülenist Terror Group (FETÖ), a group that had direct involvement in the July 15, 2016 coup attempt and infiltration of Turkish state institutions.

Özdağ told a live broadcast that Kavuncu was the nephew of senior FETÖ figure Enver Altaylı.

“He (Kavuncu) acted as the deputy chairperson of the Kazakhstan-Turkish businesspeople association, which is FETÖ’s largest nongovernmental organization (NGO) abroad,” Özdağ said.

“I warned before I joined the party and repeated my calls. (IP Chairperson Meral) Akşener said the state had no information about it, but I say the state does not share every single bit of information,” Özdağ said.

Kavuncu joined the live broadcast through the phone and said he would file a criminal complaint against Özdağ’s claims after listening to them with “grief and anger.”

IP chairpersons from around Turkey urged the party to dismiss Özdağ, as they pledged solidarity with Kavuncu.

Meanwhile, Koncuk announced that he has resigned from the party, saying that the party has been mired in plots and schemes since the extraordinary convention on Aug. 3, 2019 and the party congress on Sept. 20, 2020.

“While highlighting the importance of democracy, on the one hand, the party has been through several incidents that have nothing to do with democracy and humanity of political ethics,” Koncuk said in a statement, adding that the party has presented a blacklist before the congress and added his name, along with several other figures in a derogatory manner to prevent them from being elected.

He said that he has conveyed his concerns to Akşener until now but has not gotten any positive results, as Akşener decided to “side with the blacklisters.”

Koncuk accused the IP administration of failing to properly manage the party, as he claimed they lack justice, transparency and problem-solving efforts and have been excluding founding party members from the party.