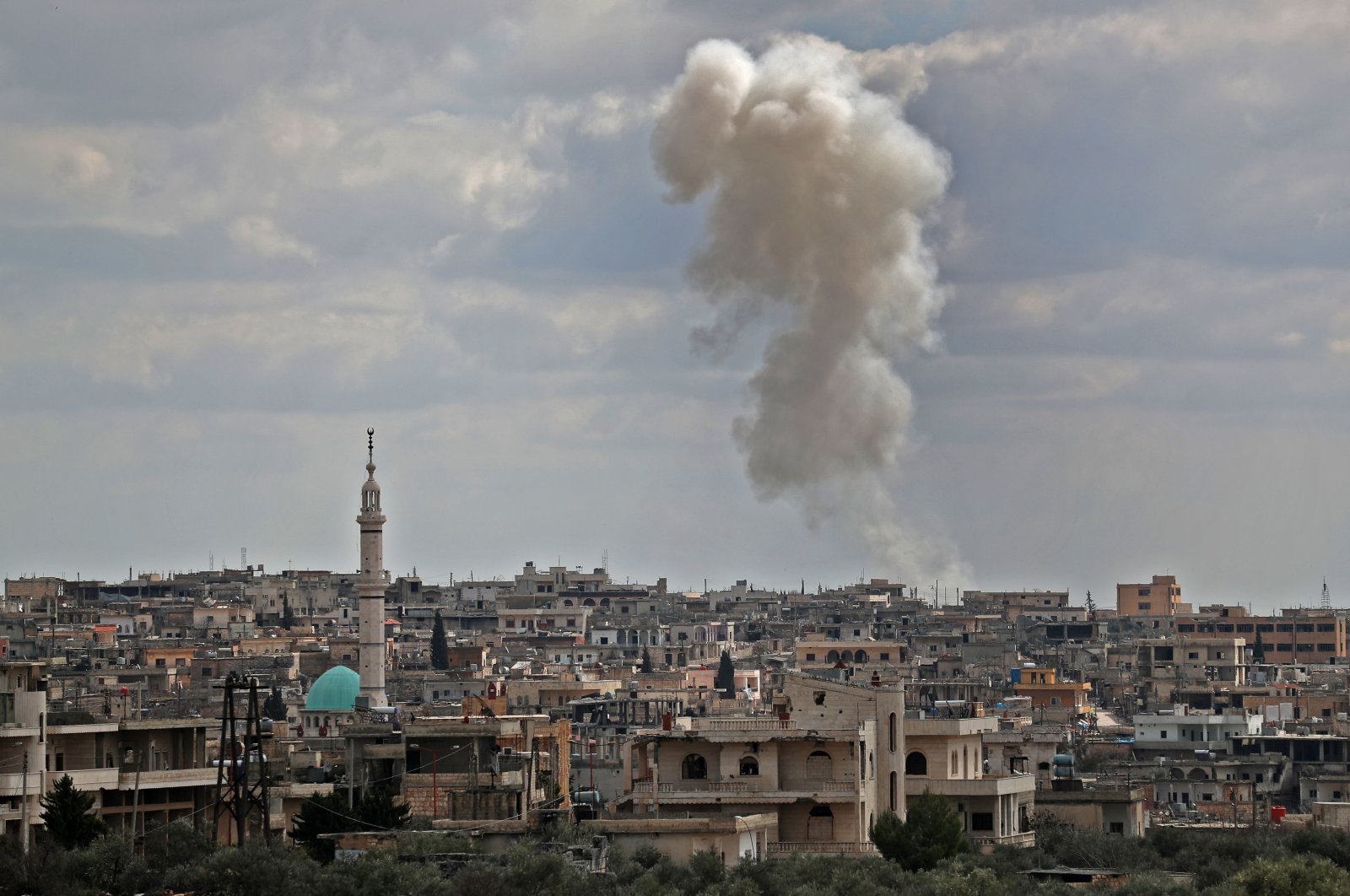 Iranian-backed militias brought more than 400 fighters over Iraq to Syria’s Idlib last month. The militants who were sent as reinforcements for Bashar Assad’s military force in Idlib arrived in minibuses in order to escape being targeted by Turkish unmanned aerial vehicles (UAV).

Assad’s regime, which had been hit hard by the Turkish Armed Force (TSK), is seeking to strengthen its ranks and compensate its losses by bringing Iranian militants from Iraq to eastern Syria's Deir el-Zour, local sources said.

According to the source, the militants reached Syria through Saraqib in the south of Idlib.

Saraqib is on a strategic crossroad connecting the country’s two main highways, M4 and M5. The M4 motorway connects the port city of Latakia to the Iraqi border, while the M5 forms the backbone of the country's highways, connecting the economic hub of Aleppo to the central cities of Hama and Homs, the capital Damascus and the Jordanian border further south.

The Assad regime seized Saraqib in a Russian-backed assault in February.

The opposition forces backed by Turkey are continuing their advance with intense artillery cover fire.

The regime and its allies, including Iranian-backed forces, are launching frequent attacks inside the territory. More than 1,300 civilians have been killed in the Idlib de-escalation zone in such attacks.