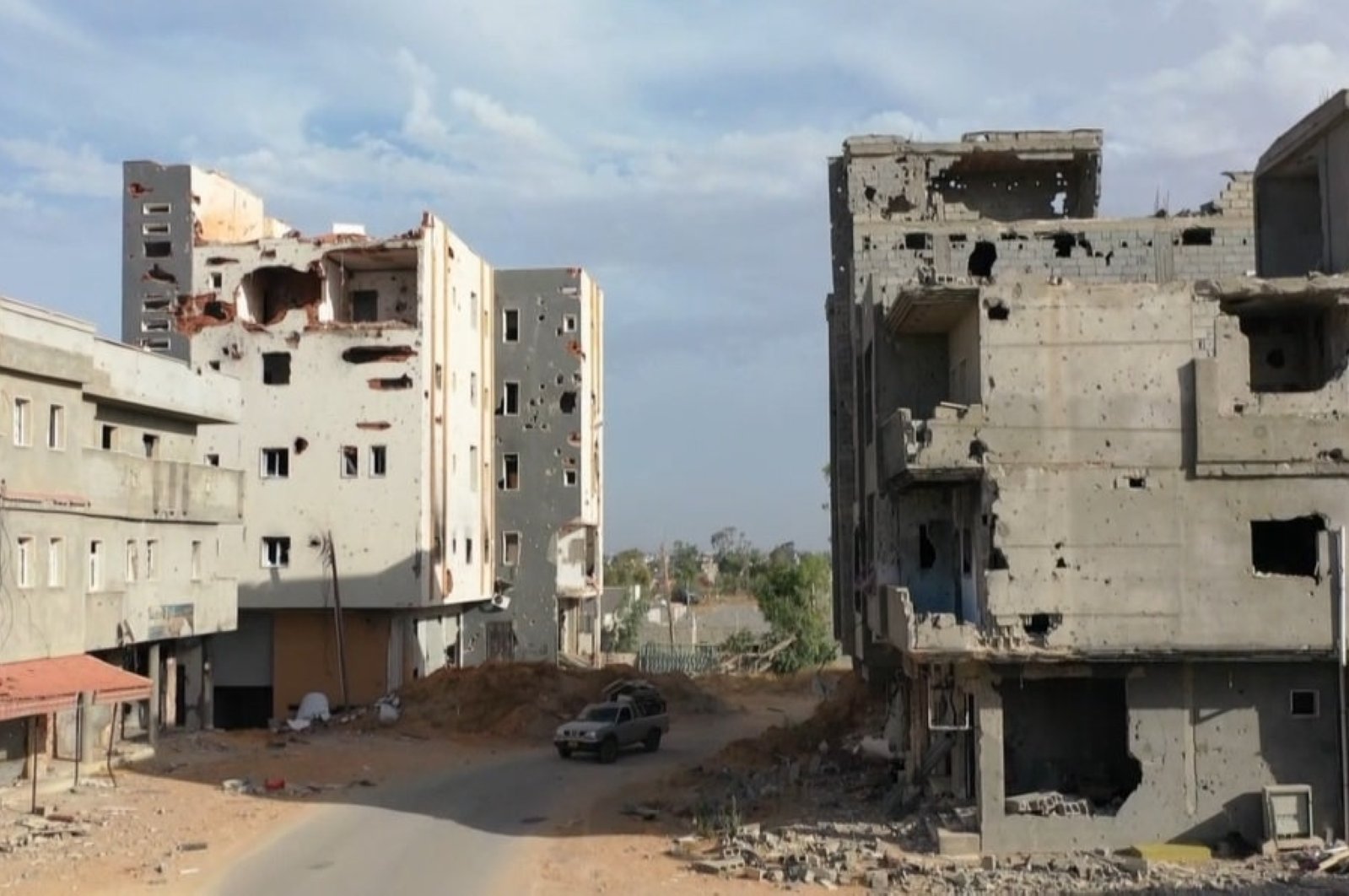 Buildings damaged during the 14 months of fighting between the U.N.-recognized Government of National Accord (GNA) and putschist Gen. Khalifa Haftar are seen in a southern neighborhood of the capital Tripoli, Libya, June 22, 2020. (AA Photo)
by DAILY SABAH WITH AA Jul 28, 2020 1:42 pm
RECOMMENDED

Israel's presence in Libya has escaped most public knowledge, yet numerous media reports have revealed that Tel Aviv is covertly supporting eastern-based putschist Gen. Khalifa Haftar in Libya against the U.N.-recognized Government of National Accord (GNA).

Israel views its support for Haftar as a tool to secure its own interests. However, Tel Aviv is keen to keep the relationship under wraps out of sensitivity of how Arab and Muslim public opinion would perceive its ally in the event his links with the Zionist state came to light – particularly vis-a-vis the putschist general's Salafi and nationalist supporters in eastern Libya.

However, secrecy may no longer be an option given the relationship has been outed by both Israeli and Arab media outlets.

On the other hand, Israeli daily The Jerusalem Post reported that Israeli officers were present in LNA-controlled areas between August and September 2019 to train Haftar's militias on street warfare tactics. The report added that the United Arab Emirates (UAE) supplied Haftar's forces with Israeli missile defense systems to repel drone attacks by the GNA army.

However, French newspaper Monde d'Afrique said in a report earlier this month that Haftar's relations with Israel went as far back as 2015 when the LNA leader met Mossad officers in Jordan. The report revealed that the Israeli Air Force supported Haftar in bombing the city of Sirte, which lies 450 kilometers (280 miles) east of Tripoli, without stating the date or target of the shelling.

Despite their high ranks, Haftar's officers lack professionalism and training, particularly in terms of planning and urban warfare, which Israel is willing to offer. More importantly, Haftar is in need of Israeli air defense systems to counter Turkish drones in Libya, which have played an essential role in their defeat in the southern neighborhoods of the capital Tripoli, and their subsequent loss of the strategic al-Watiya air base among other areas to the GNA.

Last month, in an interview with the Israel-based Makor Rishon daily, Abdul Salam al-Badri, deputy prime minister of the eastern Libya-based government sought to win the support of Israel. Addressing Israeli Prime Minister Benjamin Netanyahu, the pro-Haftar official said they "have never and will never be enemies of Tel Aviv," adding that they hoped for immediate Israeli support.

Al-Badri went as far as to invite Israel to join a new political initiative with Greece, Cyprus, Egypt and Lebanon to reach a joint maritime agreement to challenge the that signed between Turkey and the Tripoli-based GNA.

These remarks caused an uproar among many Libyans, prompting al-Badri to deny the report.

Libya has been torn by civil war since the ouster of late dictator Moammar Gadhafi in 2011. The new government was founded in 2015 under a U.N.-led agreement, but efforts for a long-term political settlement failed due to a military offensive by forces loyal to Haftar.

Since April 2019, Haftar's illegitimate forces have launched attacks on the Libyan capital of Tripoli and other parts of northwestern Libya, resulting in more than 1,000 deaths, including women and children.